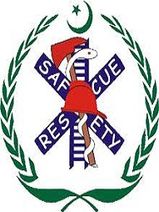 [
The limited capacity to deal with emergencies and disasters was putting the lives and properties of the citizens at risk. This was evident from the fact that there were over 95% chances that in case of emergency; the victim will not get an ambulance for transportation, let alone timely emergency care by trained professionals. Therefore, it was quite clear that emergency management has been long neglected in Pakistan and there are no trained emergency paramedics even in the emergency departments of teaching hospitals. Moreover, pre-hospital emergency ambulance, rescue and trained fire services or a disaster response force were virtually non-existent which was blatantly exposed during October, 2005 earthquake in Pakistan. A few ambulances available with the NGOs lacked essential equipment and trained staff. Thus, the citizens of Pakistan were denied even the basic right to timely emergency care in case of any emergency or a disaster[1] Rescue 1122 Founder Message Safe communities where all citizens are provided the right to timely emergency response and care without discrimination.[2] Rescue   Vision The Punjab Emergency Service (Rescue 1122) is the leading emergency humanitarian service of Pakistan with infrastructure in all 36 districts of Punjab and is providing technical assistance to other provinces. Rescue 1122 has rescued millions victims of emergencies through its Emergency Ambulance, Rescue & Fire services and Community Emergency Response Teams while maintaining its average response time of 7 minutes and standards in all districts of Punjab province with an estimated population of over 100 million.

The Punjab Emergency Service Act was promulgated in 2006 to provide legal cover to the Emergency Services Reforms initiated in 2004 from Lahore. Start of Rescue 1122 was necessitated after failure of repeated attempts to revitalize and modernize the old organizations mandated for emergency management. Now as a result of the performance of Rescue 1122 during emergencies and disasters in recent years, it has also been notified as the Disaster Response Force by the Provincial Disaster Management Authority (PDMA) & Government of the Punjab. The District Emergency Officer is responsible for the day to day operational management and administration of the Service in the Districts under the supervision of District Coordination Officer who is also the Chairman of the District Emergency Board. The Board has become an effective organization for improving inter-departmental coordination and prevention of emergencies based on review of emergency data. The Director General who is the Chief Executive Officer of the organization is mainly responsible for overall operations,monitoring  to ensure uniformity & quality amongst districts, recruitment & training, research, planning and development.

Rescue 1122 is not just providing the emergency victims with the basic right to timely emergency care but believes in â€œsaving lives and changing minds. This is vividly reflected in the mission statement of the Service which is development of safer communities through establishment of an effective system for emergency preparedness, response and prevention

In order to establish safer communities, Rescue 1122 is implementing the Community Safety Program which includes capacity building of community emergency response teams, school safety program, training of citizens in life saving skills and collaboration with Chamber of Commerce & Industries for fire and work safety. The details of Community Emergency Response Teams and citizens trained in Life Saving Skills are attached.

Emergency Services Academy has been established for sustainable human resource development in the field of emergency management which has been long neglected in Pakistan. This Academy is now imparting training not only to the emergency officials of Punjab but also to other provinces of Pakistan. The Academy imparts training in the fields of emergency medical training, fire fighting, fire prevention & investigation, urban search & rescue, high angle rescue, confined space rescue, water rescue and other emergency management skills.[5] Rescue 1122 Introduction In order to ensure sustainable human resource development in this long neglected field of emergency management, Emergency Services Academy has been established in accordance with section 14 of the Punjab Emergency Service Act 2006. This Academy was started with extremely limited resources in 2006 at a deserted bus depot in Ichra, Lahore till the construction of its purpose built campus with simulators for training in life saving skills in the centre of the country at Thokar Niaz Baig, Lahore where the Highway coming from south of Pakistan meets the Motorway going towards north of Pakistan.

This Emergency Services Academy is not only training staff for all Districts of Punjab but has become a national centre for training and has also training to Emergency staff from other provinces including Khyber Pakhtunkhwa, Gilgit Baltistan, AJK, Sindh and Balochistan.

The Instructors for this Academy were trained through the Enhancement of Emergency Response (PEER) program of USAID to conduct Medical First Responder (MFR), Collapsed Structure Search & Rescue (CSSR) courses, Training for Instructors (TFI) and Community Action for Disaster Response (CADRE) courses. The training of Instructors for Fire training was achieved as a result of the MoU between the Strathclyde Fire & Rescue Service of Scotland, United Kingdom and the Punjab Emergency Service.

This is the most important function of Rescue 1122 as over 97% emergency calls are related to Emergency Ambulance Service. The Service has so far rescued millions of victims of road traffic crashes, medical emergencies and disasters while maintaining an average response time of 7 minutes and standards in all Districts & Tehsils of Punjab.

It was for the first time that emergency medical technicians were trained for this emergency ambulance service and emergency ambulances of international standards were manufactured in Pakistan. This training and indigenous fabrication of ambulances made the project cost effective and sustainable resulting in success of Rescue 1122. As most of the beneficiaries of this Service include young bread-winners of the society hence it has had a favorable socio-economic impact.[8]Rescue Ambulance service

The main functions of Rescue teams include urban search & rescue in collapsed structures, rescue from depth & confined spaces or height and water rescue. These Rescue teams have also been providing Animal Rescue as no other specialized animal rescue teams are available in the Districts. In short the Rescue team in order to facilitate the public responds to all rescue calls apart from medical emergencies or fire incidents. The Rescue teams have been provided with Rescue vehicles equipped with essential rescue equipment in all Districts for quick response.

The need for the establishment of Rescue/ Disaster Emergency Response Team (DERT) was felt after looking at the helplessness of the citizens during the October 2005 Earthquake in Pakistan and the limited capacity to manage disasters/ collapsed search & rescue operations. Initially a Disaster Emergency Response Team (DERT) was established in Lahore. Subsequently keeping in view the specialized rescue operations and enhanced scope of Rescue 1122 operations, small DERT Rescue Teams were also established in all Districts of Punjab.[9] Rescue Service

After failure of repeated attempts to improve and modernize the existing municipal fire brigades, Rescue 1122 also accepted challenge of establishing first modern Fire Service in Pakistan. The establishment of this modern fire service would not have been possible without the support from Strathclyde Fire & Rescue Serice of Scotland, United Kingdom which trained the first batch of officers. Subsequently, as a result of the twinning agreement between Lahore with Glasgow Cities, a Memorandum of Understanding (MoU) for collaboration was also signed between Strathclyde Fire & Rescue Service and Punjab Emergency Service.

The first trained modern Fire Service was established on pilot basis from Lahore in June, 2007, which was subsequently replicated in all Districts of Punjab. In short span of time, the Rescue 1122 Fire Services working in all Districts of Punjab have responded to thousands of fire calls and saved lives & losses worth billions of rupees by providing timely response and professional fire fighting on modern lines.

However the increasing number of fire incidents due poor enforcement of fire safety codes given in the building byelaws is increasingly putting the lives and properties of citizens and Rescuers at risk. Furthermore, the absence of proper emergency stairs, fire hydrants and encroachments around the buildings makes the fire fighting operations especially in walled city and high rise building very difficult and dangerous. Therefore the bare minimum fire safety codes have been notified and efforts are underway for establishment of an effective Building Control Authority ensure safe construction and expansion of cities.[10] Rescue Fire Service

Rescue 1122 is not just providing the emergency victims with the basic right to timely emergency care but believes in saving lives and changing minds. This is vividly reflected in the mission statement of the Service which is development of Safer Communities through establishment of an effective system for emergency preparedness, response and prevention

Prevention of emergencies is one of the key functions of Emergency Service (Rescue 1122) in accordance with section 5(l) and 7(f) of Punjab Emergency Service Act, 2006 and an important contributing factor towards the mission of the Service which is development of safer Communities through establishment of an effective system for emergency preparedness, response and prevention. Community Safety activities of Rescue 1122 ranges from community level preparedness to the level policy making and high level monitoring for enforcement of preventive measures[11] Rescue Community Service

Punjab’s emergency service, Rescue 1122, will now have motorcycle ambulances. They were inaugurated  by Punjab Chief Minister Shahbaz Sharif at a ceremony. Shahbaz Sharif said that these ambulances are introduced while considering the distant and remote areas of Lahore where the usual ambulances can’t go easily. The respondents will have first-aid kits and will have medical knowledge. If needed, they will call ambulances nearby so they can meet up, according to Shahbaz Sharif. Three hundred motorbike ambulances will be provided in Lahore division while one hundred each in Rawalpindi, Multan, Gujranwala and Faisalabad divisions and fifty each in Bahawalpur, Dera Ghazi Khan, Sargodha and Sahiwal divisions. Shahbaz Sharif said the technicians who have been hired for motorbike ambulances services have been trained on modern lines in Turkey and the service is another feather in the cap of medical emergency services. [12] Motorcycle ambulance