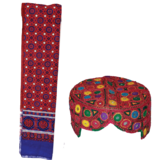 Sindhi culture is rooted in the civilization of the Indus Valley. Sindh has been formed by a mostly deserted area, the natural resources available, and constant foreign influence. The Sindhu or Indus River, which passes through the region, and the Arabian Sea also fostered residents’ seafaring customs.

Local weather also highlights that the Sindhi have a dialect, lifestyle and folklore, lifestyles, and rituals that are very distinct from the surrounding regions. Sindhi Diaspora also practices Sindhi culture. This article has all the information about the culture, including Sindhi Culture History.

The origin of the culture of Sindh goes back to the far post. Archeological study during the nineteenth and twentieth century has shown the origins of the religion, social life, culture, and religion of the Sindhi people: their farming methods, traditional crafts and arts, customs and beliefs, and some other aspects of social life, dating back to the established Indus Valley Civilization of the 3rd Millennium BC. The latest study has traced the civilization of Indus Valley to earlier ancestry.

The digging of ‘Mohen-Jo-Daro’ revealed the urban life of a civilized society with morals, distinct culture, and heritage. Thus, the 1st description of the Sindhi civilization originates from more than seven thousand-year-old Indus civilization. It n is the pre-Aryan age, around three thousand years BC. At that time, Sindh’s urban culture was at its best. In the book of ‘Sir Mortimer Wheeler,’ Indus Valley civilization, it is stated that: ‘Civilization, in the minimal meaning of the term, is an art of residing in cities, with all that it means in terms of disciplines and social skills.’ When people talk about Sindh’s civilization, they have to involve themselves, particularly with the concrete and material side of human inhabitation. Together with the northern portion of the ‘Indus Valley Civilization’ (almost 3000-2500 BC), today’s Sindh is situated in its urban civilization. ‘Ranikot Fort’ is also a hallmark of the culture of the Indus Valley. It is the most massive fort in the world, with walls expanding Twenty km. It was named the ‘2nd Wall of China’ and invites a huge number of tourists.

Translation of Quran in Sindhi

It is known that Sindhi was the 1st eastern dialect in which translation of the Holy Quran was done in the eighth or ninth century.  There is a record of Sindhi poets presenting their poetry before the ‘Muslim Caliphs’ in Bagdad. It is also known that the treatises on history, medicine, and astronomy, were written and published in the Sindhi language during the eighth and ninth centuries.

Sindhi cuisine means the native cuisine of the Sindhi population. In most households, the daily meal consists of wheat bread (phulka) and rice, followed by two dishes, one dry with pickle or curd and one gravy.  Today, Sindhi cuisine is consumed in several countries, including India, where a large number of Hindu Sindhi emigrated after partition in 1947.

Some foods are prepared for special events, such as:

Diwali a Bahji-(vegetable meal) called ‘Chiti-Kuni’ prepared with seven vegetables. Unique recipes are also prepared for recovery and healing from severe illness. For example, when anyone makes a complete recovery from Chicken Pox, it is customary to make an offer and make ‘mitho lolo,’ a delicious grilled flatbread. The dough is made of wheat flour and oil or milk and sugar syrup.

Koki, a popular flatbread made with wheat flour, is enjoyed well with any curd, dal,  and sabzi.

Vermicelli, usually served as a sweet dish (sometimes milk-based) dessert, is popular: Muslim Sindhi is served on Eid ul-Fitr and Bakra-Eid. On important religious events, mitho lolo,  together with milk, is offered to the needy.

Sindhi Kadhi is a special and unique dish prepared on special occasions, particularly by Sindhi, who live in India. It consists of a thick spicy gravy prepared from chickpea flour, not the buttermilk, which is typically used to prepare kadi together with the season’s vegetables. It’s eaten hot along with rice.

Kheer Kharkun, a sweet dish cooked and served on the Eid ul-Fitr, cooked with a mixture of milk and dates, and simmered for a few hours. The food is consumed hot in the winters and cool in the summers.

Taryal Patata, also known as ‘Took Aloo,’ a staple diet of Sindhis, is a type of thinly sliced, fried, or deep-fried ‘potatoes’ with different spices. They are typically served at dinner in most rural homes and served breakfast and lunch with other dishes. One common way for Sindhi to have ‘patatas’ is to consume it with white rice with a ‘daal’ to accompany it.

Pallo Machi is a famous Sindhi cuisine, which is ‘Hilsha fish’ cooked with various methods. It could be deep-fried and sprinkled with spices or prepared with potatoes and onions or barbequed. Fish is mostly roe, called ‘aani’ in Sindhi, and is eaten as a delicacy.

Sindhi poetry is prevalent in the culture of Sindh. Shah Abdul Lateef and Sachal Sarmast’s poetry is very popular in Sindh.

There are a lot of regional games played in Sindh. ‘ Malakhiro’ is among the most popular sports in Sindh. Other games include Kodi Kodi, Wanjh Wati, Thipai Rand, Beelarhoo, Biloor and Notinn, soccer, and cricket.

‘Elegant, with a beautiful, slow gait and gentle, they are keen on the Gandharvas’ art (i.e., dance,  music, and songs) and full of affection for their country.’ Nasir Kalwar.

Major monuments in cities and towns are adorned with ‘Sindhi Ajrak’ to highlight Sindh’s cultural values. People throughout Sindh give presents of Topi and Ajrak at different ceremonies. Both the women and children are dressed in Ajrak, gathered at the grand event, where notable Sindhi musicians sing Sindhi compositions depicting Sindh’s love and development. The artists’ musical performances compel the attendees to dance on Sindhi music and ‘Jeay Sindh Jeay-Sindh Wara Jean.’

Sindh’s religious, Social, and political Bodies, including the Sindh Cultural Department and the Administrations of different educational institutions, arrange various functions, including conferences, debates, drama and theatre shows, folk music events, academic sessions, and tableau to celebrate this annual festival. The heritage history and culture of Sindh are illuminated highlighted in these events.

The day of Ekta (Unity) shows solidarity among the Sindi-speaking populace; the event takes place in Karachi and Sindh.

Solidarity and culture day of the province was held for the 1st time on 6th December 2009  (Sindhi Topi Day) due to the remarks made by anchorperson Dr. Shahid Masood, who ridiculed then President Asif Ali for wearing the Sindhi cap during his International visits. People across the province of Sindh condemned his comments through SMS, which eventually led to the announcement of the celebration of the ‘Sindhi Topi Day.’   Also, Ali Kazi, a famous figure in Sindh, began issuing a notice to observe Unity’s Day. Many people replied to the call and began to celebrate the days of unity and culture. Since then, Sindhi media organizations have started to celebrate that day as  ‘Ekta Day.’