The sea looks so different every time you look at it, I said as we drove past the Gwadar port with Rafiq Chacha , our tour driver, on the third day of our recent trip to Gwadar. In a low pitched sweet Balochi accented Urdu, Rafiq answered, We believe the sea in Gwadar has seven colors.
That was Gwadar for me on our five-night stay in December 2015. Full of nature’s colors and breathtaking natural beauty, and still unharmed by us humans. The contrast of whitish mountains and blue sea was always  pleasing and exciting to look at.
We really did surprise a lot of people with our decision to choose Gwadar as our holiday destination.  Here is why we decided to go to: We wanted to visit a beach that comes with nice weather, stay at a quiet place where we can just spend some good family time together, relax and be away from the city’s hustle. We also didn’t want to go to Dubai or any other beach areas nearby because we had already seen many of them. Nothing like being fascinated by your own country’s beauty! It is a different feeling. [1] Gwadar: A Story of Seven Colors 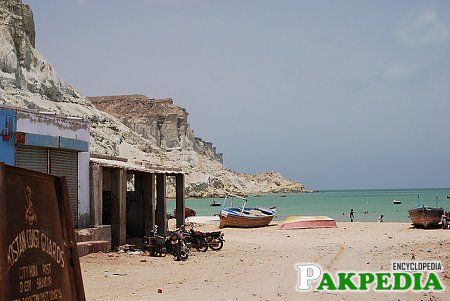 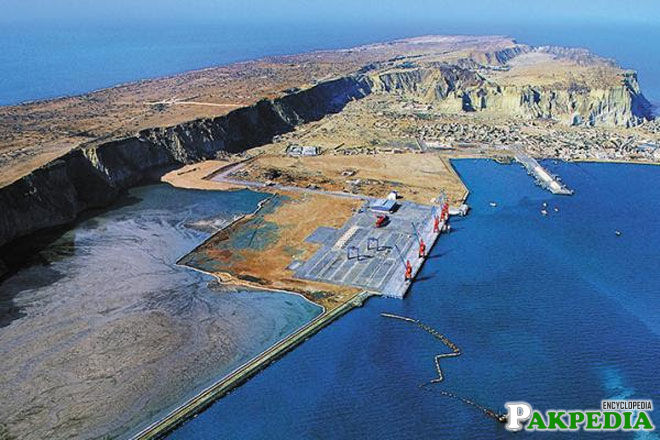 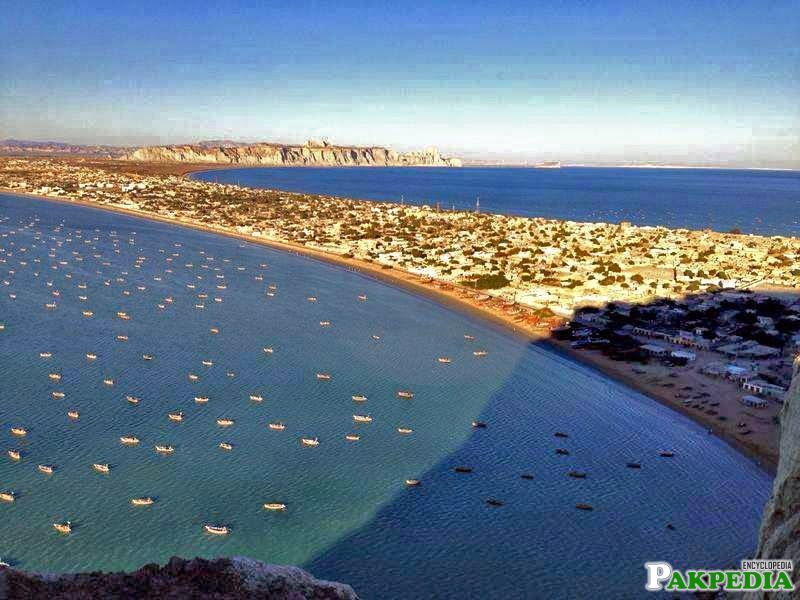 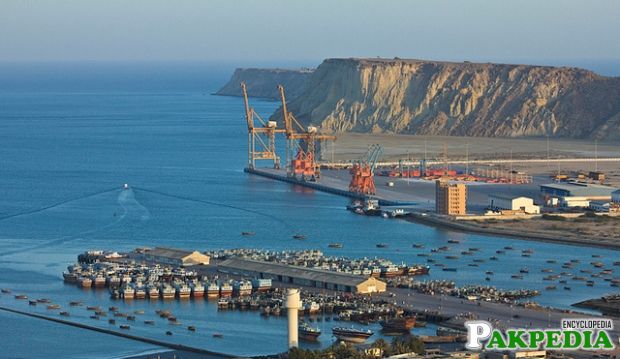 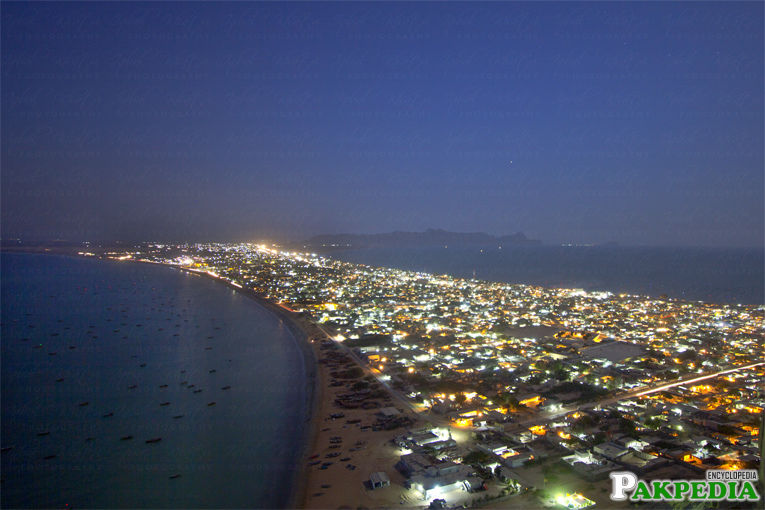 Gwadar in Pakistan Balochistan Gwadar district southwest of the Arabian Sea coast. Like Ormara further east, Gwadar is situated in a natural hammerhead-shaped peninsula forming two almost perfect, but the natural bent on both sides, namely Paddi Zirr (West Bay) and Demi Zirr (East Bay) semicircular bay. Gwadar there are two hills on the flat barren land, Koh -E-Basil (maximum height of 449 feet) at the head of the hammer Peninsula and Koh-E- Mahdi (maximum height of 1112 ft) city east. Following an island in the September 2013 earthquake called Zalzala peninsula formed about 2 kilometers (1.2 miles) off the coast.
Gwadar: sand into gold, read the signs in the recently- Javed complex, which has 10 offices open in the real estate business real estate agency Gwadar.
The city of 120,000 people, has become attractive following the Gwadar port project launched in 2001 which is currently being held in the focus of more than 100 real estate agents from the comprehensive national real estate developers and concerns, and this figure is rising increasingly. [2] Gwadar Beach

Cruising on the coastal highway approximately 190 km from Karachi you will come across Hingol National Park the largest in Pakistan. You can observe wildlife in its natural habitat and there is even a natural underground Hingol river where you can swim.

A must see place. It is the beautiful desert beach near Hingol, some 145km from Zero-Point on Makran Coastal Highway. It lies next to the huge mountains and together it give a wild look to the place. Enjoy the desert safari and breathtaking view of the desert.

Travelling on the Makran costal highway about 6 km away from Kund Malir one would be struck by the sublime beauty of the smooth road of Buzi Pass as it snakes its way through the mountain. Sitting in a car on the Buzi Pass one can enjoy the vast blue water of the Arabian Sea on one side, then turn your head and marvel at the grandeur of majestic mountains on the other side. When you look at the lofty peaks along the coastal highway you will observe the princes of hope and lion of Balochistan.

Ormara Beach- is one of the most beautiful long beach around the edge. Amazing blue Green beaches, Golden sand, and incredible natural beauty and fauna makes it worth a visit. Stay at the beach hut at Ormara Beach Resort city. [3] Gwadar- What to See ?

Inhabitation of Gwadar, like most areas of Balochistan, appears to be ancient. The area shows inhabitation as early as the Bronze age with settlements around some of the area’s oases. It is from this settlement pattern that word Makran, the original name of Balochistan, is derived. For a period, it was a region of the Achaemenid Persian Empire. It is believed to have been conquered by the founder of the Persian Empire, Cyrus the Great. The capital of the satrapy of Gedrosia was Pura, which is thought to have been located near the modern Bampr, in Iranian Balochistan. During the homeward march of Alexander the Great, his admiral, Nearchus, led a fleet along the modern-day Makran coast and recorded that the area was dry, mountainous, and inhabited by the “Ichthyophagoi” (or “fish eaters”), an ancient Greek rendering of the ancient Persian phrase “Mahi khoran,” which has itself become the modern word “Makran”. After the collapse of Alexander’s empire the area was ruled by Seleucus Nicator, one of Alexander’s generals. The region then reverted to Indian rule around about 303 BC after Seleucus made peace with Emperor Chandragupta and ceded the territory to the Indian Empire. [4] Ancient History of Gwadar

Strategically gwadar is located at the apex of the Arabian Sea and at the mouth of the Gulf of Oman. The city is merging as a trade hub and a transit Chinese oil and timber imports and transshipments. The Gwadr is one of the few plane cities in Pakistan like Faisalabad, Jauharabad nd Islamabad. The district was divided in to sub divisions for administrative purpose, namely Gwadar and Pasni.These sub divisions are further divided in to tehsil and sub tehsils.Gwadar Sub-division have two tehsils named Gwadar and Jiwani, and other sub tehsil named Suntsar .Pasni Sub-division is divided in to two tehsil Pasni and Omara .The 600 kilometers long coast line and un-irrigated tracks of Kulanch and Dansht valleys, has always been an important chapter of Makran history. [5] Custody of Gwadar 1958

How to get there

You can either take a flight from Karachi or take a scenic drive down the Makran Coastal Highway with its eye- catching views and blue water beaches on one side and the grandeur of majestic mountains on the other. Cruising along the highway, you pass through the Hingol National Park, the largest of its kind in the country, the world famous Mud Volcanoes, the breathtakingly beautiful Kund Malir Beach, Princess of Hope, Natural Sphinx and Temples of Hinglaj Mata. Going further west, the road starts to descend towards Rudeni Band, through Ormara and finally Gwadar. [6] Gwadar: The Picturesque Hidden Treasure