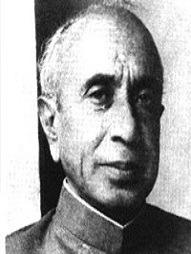 G. M. Syed was a Sindhi nationalist and controversial figure in the political history of Pakistan. As an inflexible nationalist, he struggled for decades for the political rights of Sindhis that lasted for 74 years. Apart from his various miscalculations and ill-conceived moves, he was severely criticized as a person threatening to the integrity of Pakistan.[1]Â G. M. Syed - IntroÂ 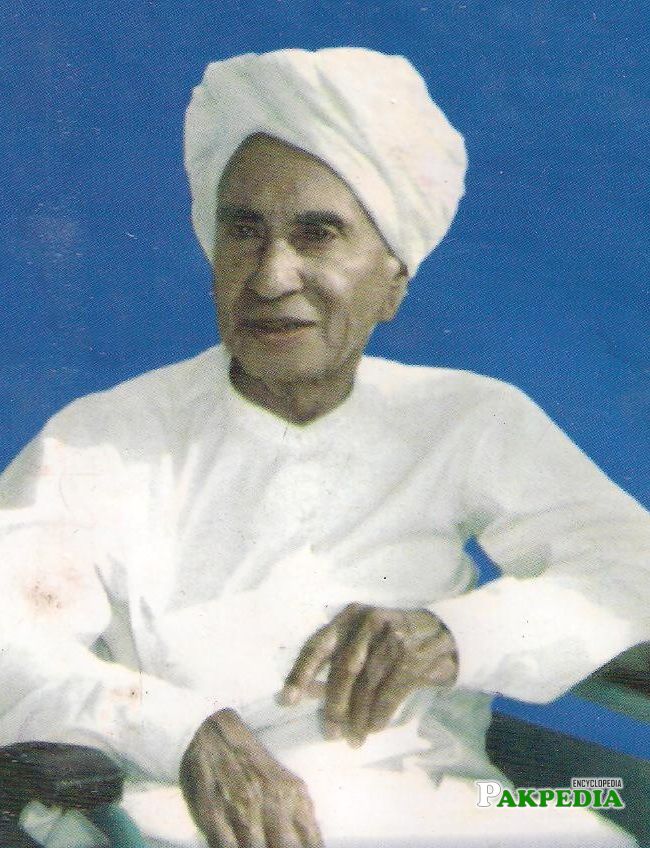 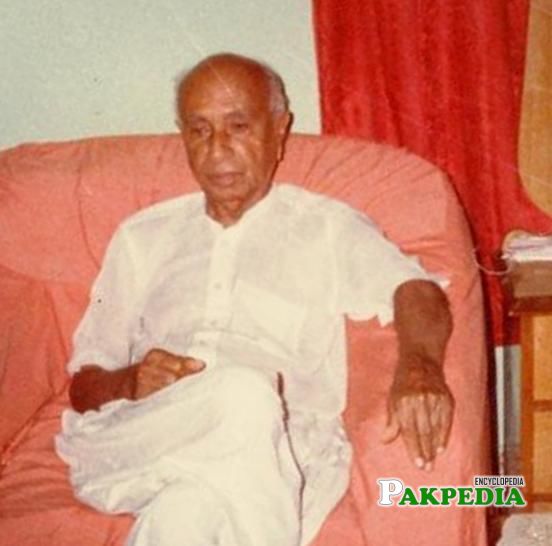 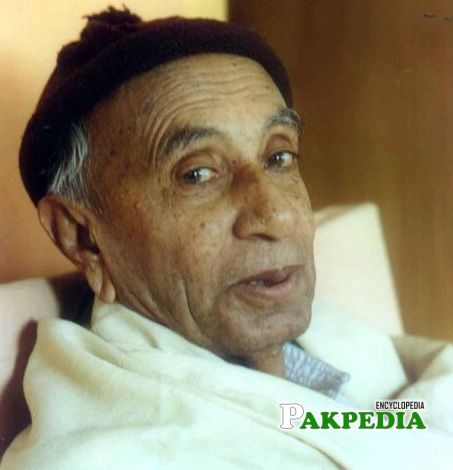 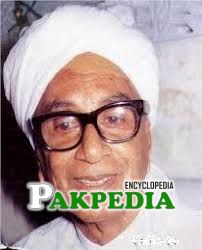 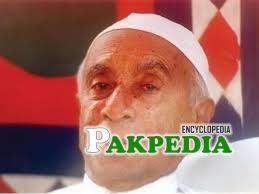 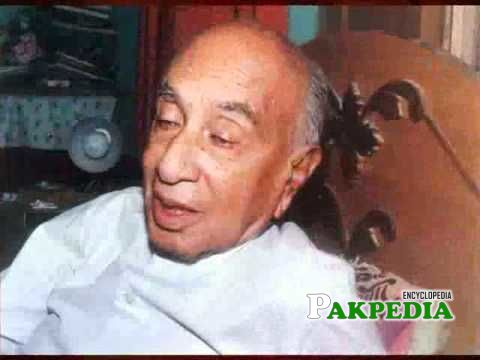 Ghulam Murtaza Syed popularly known as G.M Syed was born on January 17, 1904 to one of the Sadat family of Sindh in village of Sann in District Dadu on right bank of the Indus RiverÂ . While G. M. Syed was young, his father Syed Mian Mohammad Shah was killed due to some family feud. His elder brother died at an early age and thus the only male member of the family left was G.M Syed. Due to the safety of the only male member left, he was not sent to School but received education at his Haveli. 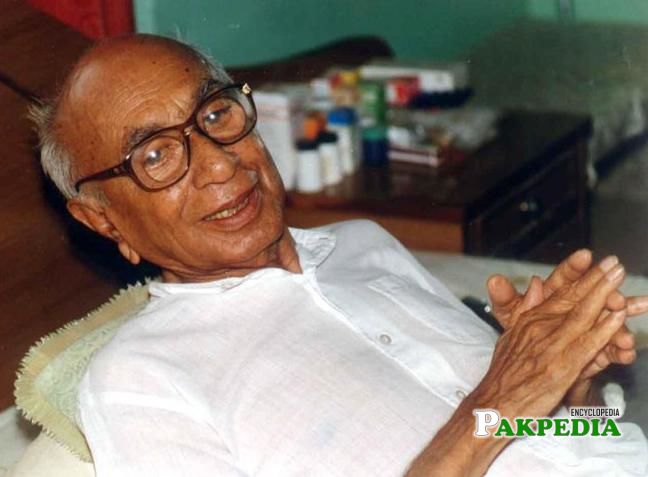 Ghulam Murtaza Syed struggled for the political rights of Sindhis

Saeen G M Syed, a visionary leader who pioneered the Sindhi freedom movement, remains a beacon of the Sindhi people's struggle for national self-determination. He was repeatedly detained and imprisoned by Pakistani authorities, spending more than thirty years without trial or ever being charged. He died in custody in 1995. The Amnesty International adopted him as a Prisoner of Conscience. Mr. Syed wrote extensively on Sindhi identity, history, and political conditions in Sindh. His views continue to inspire Sindhi writers, poets, political and civic leaders, and social and religious activists. He is widely respected for his forthrightness, courage, simplicity, and insightfulness.[2]Â Legacy -Â  LegacyÂ

Owing to an exalted position as Syed, he availed an ample opportunity to have free income through tributes, cash offerings and landed property. But after rejecting luxurious life style, he plunged into politics with enthusiasm. Politically he evolved and traveled from Pan-Islamist to Indian nationalist and then Pakistani nationalist (Having joined Muslim League) ended with Sindhi nationalist. His political life consists of seven decades and invariably the center of his political activities remained Sindh. 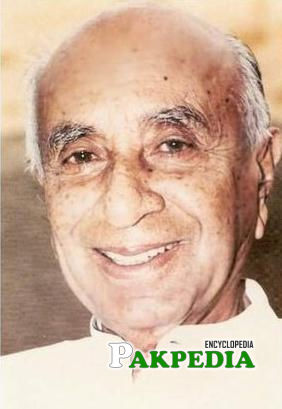 He started his life as social worker of League of Social reforms in 1919 and in 1922 joined the League for Pirs and Sadaats of Sind. At the same time he started his political career and actively participated at that time in the famous Khilafat movement, the beginning of his Pan-Islamist activities. During 1928-36, he worked as Director of Sind Co-operative Society and established Lower Sind Zamindara Bank. The separation of Sind from Bombay gave him the golden opportunity to be elected as member of Sind Assembly in 1937. In those days he was an active Indian Nationalist but then he joined Muslim League and as a devoted Pakistani nationalist, he brought all his focus to the creation of a new state for the Indian Muslims. In 1940, he became Vice President of Sind Muslim League and is recorded as the first person who presented Pakistan Resolution in Sind Assembly on March 3, 1943. 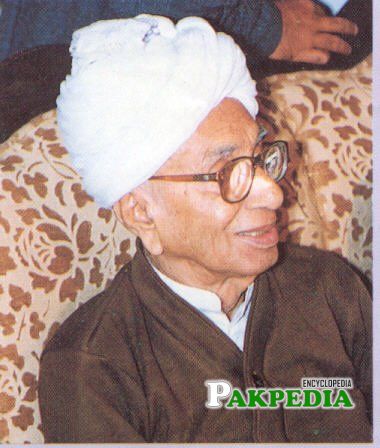 But his assoiation with Muslim League could not last long and on the issue of nomination of feudal and unqualified candidates for the election, G. M. Syed said good bye to Muslim League on January 4, 1946. Soon after the creation of Pakistan, G. M. Syed and Abdul Ghafar Khan known as Bacha Khan founded Pakistan Peoples Party, the first ever opposition party in the history of Pakistan and G. M. Syed was elected as its General Secretary. He remained in the camp of opposition to Muslim League struggling for the rights of Sindis. On the issue of separating Karachi from Sind and later for opposing One Unit he was sent behind the bars. In 1955 he played active role in the formation of Pakistan National Party.During Ayubâ€™s era he remained in jail and and set aside from politics.

Mr. Syed is the author of more than sixty five (65) books. His books are on numerous subjects, ranging from literature to politics, religion and culture etc. He was himself a mystic had a lot of love and regard for mystics of all faiths. Besides being a man of immense learning, Mr. Syed possesses a personality that was graceful and poised. Highly cultured and refined manners, hospitality and geniality were the two glaring traits of his character. Wit and humor were the keynotes of his personality. He respected all genuine difference of opinions. For decades, Sindh and Sindhi people had constituted the center of his interest and activity, and all his love energies were devoted to their good. GM Syed proposed the Pakistan Resolution, 1940 in the Sindh Assembly, which ultimately resulted in the creation of Pakistan. However, he became the first political prisoner of Pakistan because of his differences with the leadership of the country, as he believed that they had deceived the Sindhis.[3]Â As An AuthorÂ

At an early age of fourteen years, he started his career as an activist. Getting disappointed from All-Pakistan national politics, he founded in 1973 the 'Jeay Sindh' movement.

Raja Muhammad Javed Ikhlas is a politician from Ra