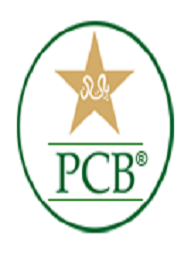 
The Pakistan cricket team is the national cricket team of Pakistan. (PCB). Pakistan is a full member of the International Cricket Council, and thus participates in Test, ODI and Twenty20 International cricket matches.
Pakistan have played 358 Test matches, with winning 108, losing 100 and drawing 150. The team has the 3rd-best win/loss ratio in Test cricket of 1.08, and the 4th-best overall win percentage of 30.16%. Pakistan was given Test status on 28 July 1952, following a recommendation by India, and made its Test debut against India at Feroz Shah Kotla, Delhi, in October 1952, with India winning by an innings and 70 runs. Previously, Pakistani cricketers had competed as a part of the Indian national team before the partition of India.[1] PCB   short Title 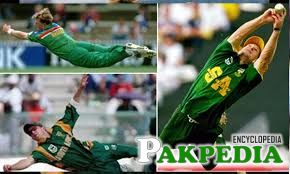 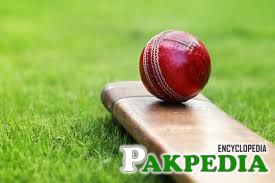 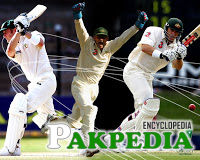 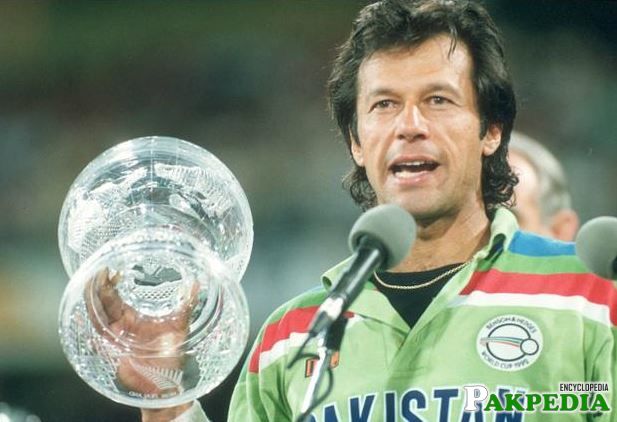 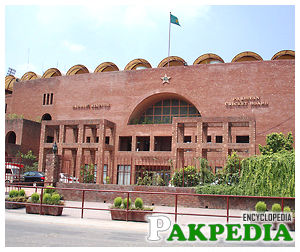 he Pakistan Cricket Board  (PCB) is the governing body for cricket in Pakistan. It is also responsible for the promotion and expansion of the game through its associate and affiliate members throughout the country. Its responsibilities include management of the game at the highest level and the organisation of various domestic tournaments at the national level. PCB also administers the system that provides the maintenance of discipline amongst the constituent members and, by the constituent members, overall cricketing bodies and individuals under their control. PCB is also responsible for coordinating activities in respect of the game of cricket in all manners and ways, including the formulation of the laws of the game, its constituent members and other subordinate bodies and to organise national tournaments and International matches within the country. The selection and composition of cricket teams that represent Pakistan in cricket contests and tours, both within Pakistan and abroad, to acquire, construct, develop and maintain stadia, grounds and other properties are also the key responsibilities of PCB. To standardise and control umpiring in cricket and ensure its maintenance at a high level throughout Pakistan is also in the scope of PCB.[2] PCB About 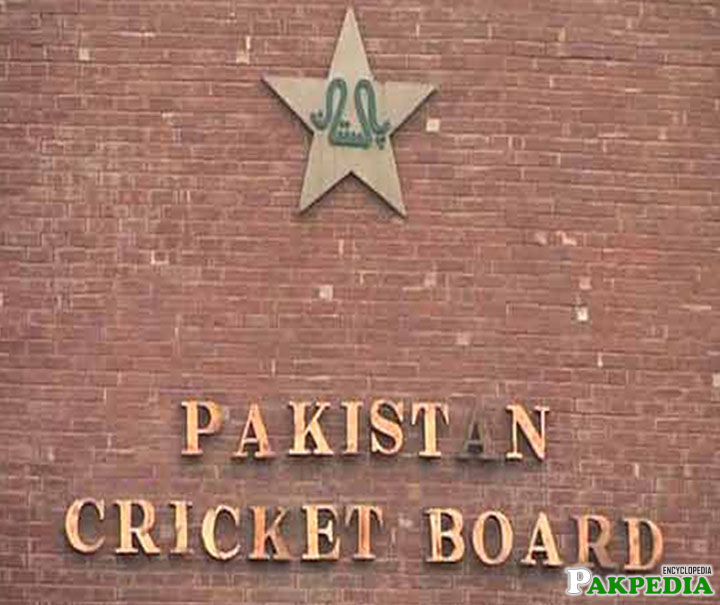 Team building is a much more thorough and painstaking process than it seems. Some of the prerequisites in this post modern era are back-ups and systems through which the young talent is groomed and equipped for international challenges over the years. In the last three years PCB geared up towards enhancing the levels of excellence – in all spheres especially towards the development of infrastructure and establishment of NCA. The New Domestic Structure too is another step in that direction. We are quite optimistic that these steps would famously serve Pakistan Cricket in years to come. Under the auspices of the Pakistan Cricket Board, PCB Cricket Coaching Academies are premiere facilities, which welcome gifted player from the regional, national as well as international cricket arenas, aimed directly at cricketers interested in furthering their professional acumen and learning from the best in the world (Pakistan’s own Ex-National Team Stars). The new complex of National Cricket Academy contains all the modern facilities and reflects the Pakistani Architecture. National Cricket Academy (NCA) offers its entrants a unique combination of the most refined and effective coaching skill development programs found anywhere in the world today. National Cricket Academy will also act as a finishing school for Pakistan “A” and various segments like U-15, U-17, U-19 that form part of this academy.[12] PCB About NCA National Cricket Academy envisions to act as an educational institution and a nursery to effectively tap and groom the young talent for the future. To have cricketers who right at the starting point of their career are aware of not just delicacy and refinement of the game but have the most modern outlook too. National Cricket Academy is committed to make them strong, to think and act like leaders and to equip them with self-confidence in the face of adversity, on the field of play and off it.[13]NCA Vision 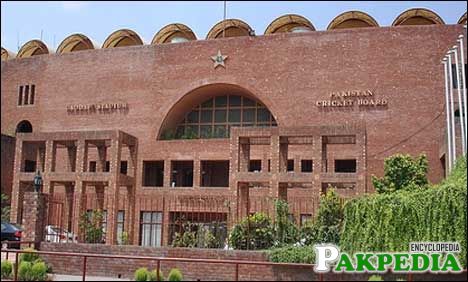 To produce quality players and meet the current and future challenges of international cricket, National Cricket Academy will act as a state of the art workshop and nursery to enhance performance levels by producing well-talented cricketer’s with well-rounded personalities. This will be achieved by: 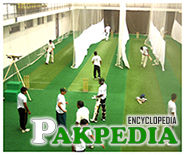 The National Cricket Academy holds clinics and coaching programs at ideal venues that work best to facilitate and stretch the learning curve of even the most mature and seasoned cricketers. As a major patron to world-class cricket, Pakistan  also boasts some of the finest major cricket venues that the Academy utilises for its coaching and training purposes. Students can look forward to honing their skills in none other than the highly revered stadiums and cricket pitches where World Cup tournaments have been held. Uniquely innovative and the first of their kind “Indoor School facilities” further aid in the training process and are a permanent feature of the program. Some of the venues where students can expect to train while in Pakistan include:

The highly intensive and effective program offers a well-rounded & customized syllabus, which is taught under the vigilant supervision of well trained coaches and leading Pakistani National Cricketers. This level of training provides invaluable insight into the professional aspects of playing world-class cricket. Training methods and techniques are primed to ensure results, while providing players with skills and techniques that will last them a lifetime and get them on their way to playing at the highest international levels. The areas that players are exposed to for furthering their personal & professional development include: The training program has been mainly divided into following four segments:

he initiation of this national event stems from our programming and management capability to generate an ESSENTIAL cricketing activity for aproximately 44,500 club cricket players across the country. NO other cricketing activity in Pakistan can have such great outreach for only Rs. 1,450/- rupees per player per year, and dovetail into the existing system for verifibale and predicable results within six months! At present, all our cricketing activity/reach revolves around approximately 6,000 players of all age groups, with a very low refresh rate. It is for this reason that we keep investing in existing players without tapping into the enormous resources that are available on tap. Club cricket is the backbone of all cricket activities in Pakistan. There are hardly five regions across Pakistan that hold regluar club tournaments, that dovetail into our cricketing system. Due to lack or organized cricket in clubs, selection in inter-district tournaments and other tournaments become an exercise that is NOT performance based, since no performance data is available for these new players.  Furthermore, unlike other boards, PCB also does not have any data on these players. In most instances, existing players keep getting selected, and the system suffers from stagnation.[19] PCB Club Cricket

A) Around 15-20 schools per region/city (private and government) will participate across Pakistan: B) The championship will be played in three stages (starting from 5th April 2017): C) Schools will be responsible for making their own teams. D) Cut off age limit is January 2001 (participants will be around 16 yrs of age). Doctors will be appointed in each city/region to monitor the age. E) Teachers will be appointed to verify that the players are genuine from the schools. F) Approximately 8000-10000 players and 750-850 matches are expected to be played in this tournament. It will be the largest school tournament ever organized in Pakistan. G) Biometrically verified cards will be given to the participants after scrutiny. These cards will act as their identification to play the matches of this tournament and also for their future enrollment in U-19 and other teams. H) The tournament will take place in all the main cities of PCB registered regions across Pakistan.[20] PCB School cricket 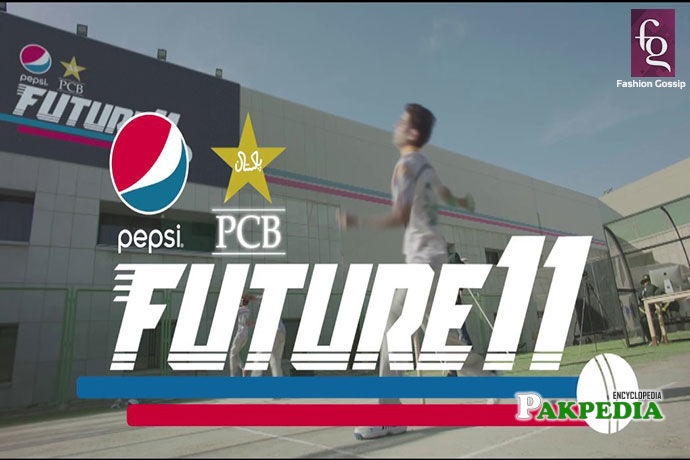 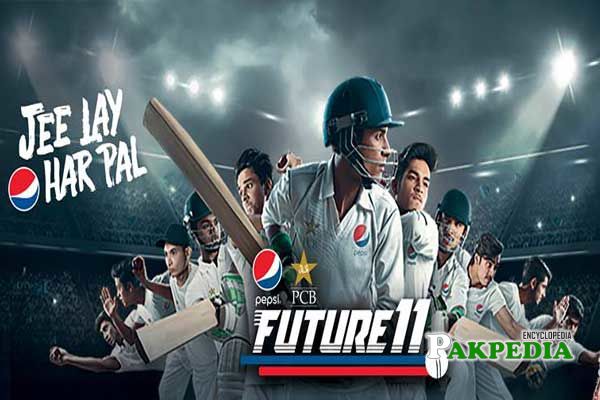 Pepsi and PCB have joined hands for finding the young and talented players from all over Pakistan under their trial program called ‘Future 11’. According to Pepsi & PCB this will groom youngsters from the start so that in future they will become assets for the Pakistani team.Pepsi and PCB have collaborated to launch the Future 11 programme , a platform for the Pakistani youth where they can come and give the trials to represent Pakistan in the national Under–19 squad, and lead it to great victories in future international tournaments. [21] Squad Nineteen   The trials kicked off across the country on 18th April, and the response to PEPSI-PCB FUTURE 11 campaign has been immense – thousands of aspiring youngsters have come forward to participate in the under-19 trials from all across Pakistan – not just from large urban centers like Islamabad/Rawalpindi, Lahore, Peshawar, Quetta or Karachi, but also from places like Mirpur (Azad Jammu Kashmir), Sialkot, Multan, Gujranwala, Mardan, Hyderabad, Faisalabad, Bahawalpur, Larkana and Dera Murad Jamali. Many experts firmly believe that this can yield exciting prospects for cricketing future in Pakistan. Based on preliminary estimates, over 11,000 aspiring candidates have already shown up at the PEPSI-PCB Future 11 trails from across the country so far. [22] Future Eleven

Pakistan are the third-most successful team in ICC U-19 Cricket World Cup history, behind only India and Australia, having taken home the title twice, in 2004 and 2006. [23] Juniour Team

T-10 will be a completely new format of the gentle