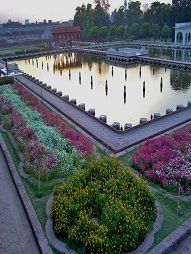 Lahore is famously known as the city of gardens as there are  number of eye catching gardens in this historic city. Some of the gardens are newly constructed but the main beauty of the city is with its historic gardens which are still well maintained and give a charismatic visual appeal to the visitors. The historic Shalimar Garden is one top tourist attraction in the city which has historic relevance. It is also famously known as the ‘Shalamar Gardens’. The gardens are part of the Mughal era which was completed in a record time of 1 year in 1642. The credit of the place goes to the then Emperor Shah Jahan who was known for his love for nature and construction. 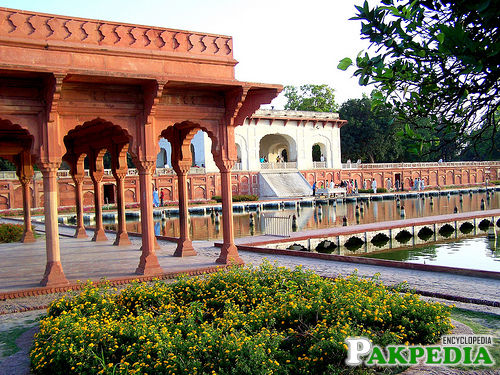 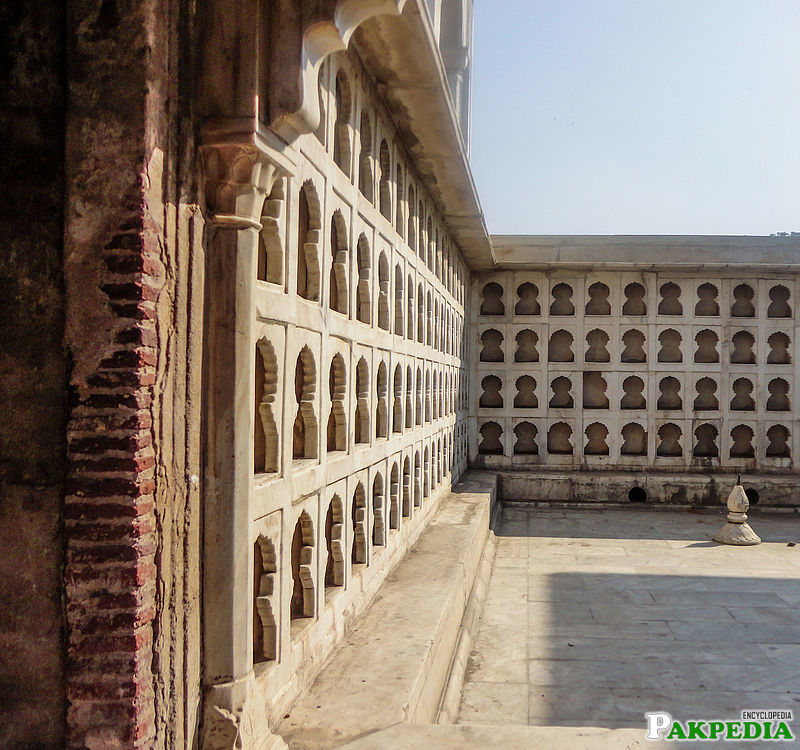 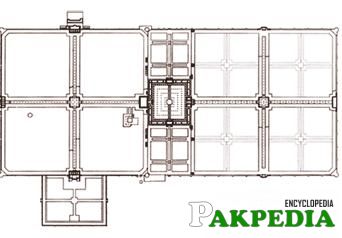 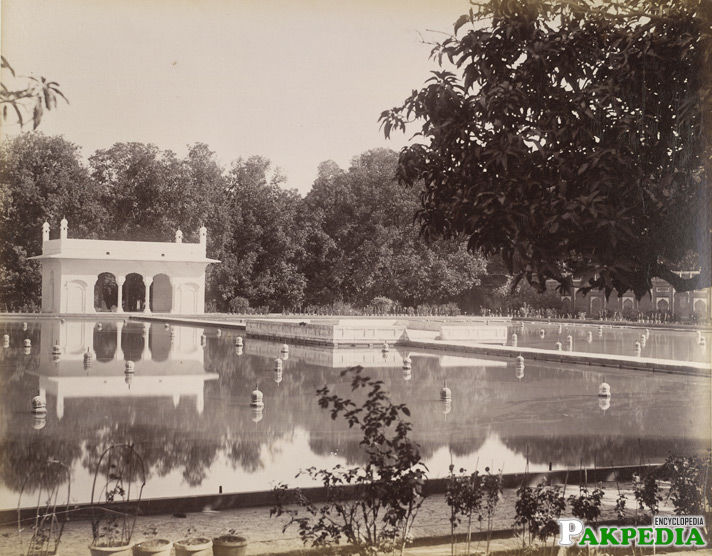 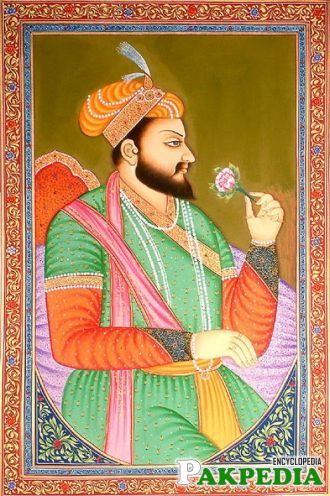 The site of the historic Shalimar Gardens was the property of Arain Mian Family of Baghbanpura. Shah Jahan rewarded them with the ‘Mian’ royal title for its services and contribution to the then Mughal Empire. The head of the family, Mian Muhammad Yusuf surrendered the property of to the Mughal Empire as he was pressurized by the Royal engineers. They were interested in that particular location because of its ideal positioning and the quality of the soil. But, Shah Jahan as a return favor granted the Mian family with the governance of Shalimar Gardens. It remained under their governance for nearly 350 years. Field Marshal Ayub Khan nationalized the place in the year 1962 because the Arain Mian Family opposed him with his Martial Law imposition in the country. The lively festival of Mela Chiraghan was an yearly event until 1958when Field Marshal General Ayub ordered against it [1] History History 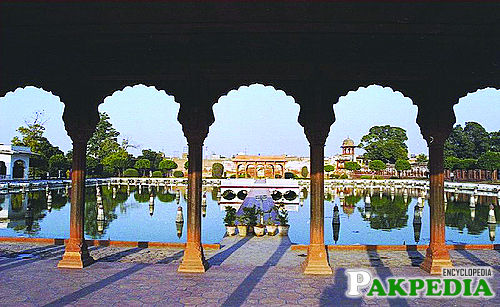 he garden is an attractive site primarily because of its unique 3-level terraces going from south to the north side of the garden. The terraces are at a height of about 5 meters one above the other with a same level of distance. All the 3 terraces have their specific names which are given as follows he fountains of the Shalimar Gardens are the highlight of the place which gives a mesmerizing feeling when they are all in full swing. Astonishingly, the garden has as many as 410 canals which are powered from the nearby canal. The water through the fountains discharges itself into the incredibly awesome white marble pools. They are well engineered at such old time and all the credit for such a phenomenal fountain system goes to the Royal Engineers and the Mughal Emperor Shah Jahan for coming up with this masterpiece of work. Their engineering was so good that even the contemporary engineers of today find it hard to comprehend the associated water system of the fountains even by referring the architectural blueprints of thermal engineering. The garden area surrounding the fountain is very cool because of the fountains flowing. It give the visitors of the gardens a very soothing feel particularly in blistering summer season in the country when temperatures may rise closer to 50 degrees. The distribution of the 410 fountains in the gardens goes as follows

The first major restoration work was carried out at Shalimar Garden in 1950 for the late Shah of Iran's visit. The original terra-cotta pipe line had choked and broken. The pipeline was not restored at that time. Rather, a cast iron pipeline was  provided and the terra-cotta pipeline was filled up with mud under pressure. In 1978, water was found to be seeping out of the northern wall of the middle terrace [3] Water Supply

At the highest level, a reinforced cement concrete roof was introduced over the building called Aram Gah in 1968, and marble floor in that building was laid in 1975, which was replaced by red tiles presently (2007). The central roof of the Aiwan (from the Sikh  period) was dismantled and restored in 1980-81. The other two buildings of the highest terrace, namely the Begum Ki Khawab Gah and Jharoka, which were more or less in a state of ruin. The current repair and restoration of Shalimar garden is being done appropriately but some architectural and design changes are required at some places [4] Roofing Roofing

Buildings of the Garden 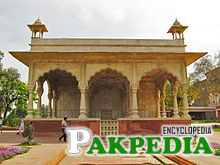 One of the Sawan Bhadun Pavilion

Shalamar is also the site of moving spiritual stories and poetry. One case involved a prominent Sufi of the Qadriyya order, Inayat Khan, and his pupil Bullhe Shah. Lajwanti Rama Krishna (1977, p. 42) reports that Inayat Khan was the head gardener at Shalamar when Bullhe Shah came to visit and displayed his magical prowess by causing a mango to fall into his hands at his command. Unperturbed, the head gardener Inayat Khan uttered the same command and all of the mangoes fell to the ground; he uttered it again, and they all returned to the trees. As an Arain gardener, Inayat Khan was looked down upon by Bullhe Shah's family which reflects the low social status traditionally accorded garden laborers vis-à-vis garden builders These stories remind us that, although historical texts situate Shalamar for the most part within the dynastic chronicles of movement and encampment, it was also a locus of intense spiritual and poetic experience [5] Spirtual Stories

In Shalamar Bagh, the water supply pipes on the lowest terrace are being changed, and new flooring will be laid in the water channels. The flooring of the water channel on the upper terrace is also being replaced. The work of dismantling the existing floor is in progress. The brick on-edge flooring on the eastern walkway of the upper terrace chahar bagh is near completion. A new layer of clay was laid in the garden and fresh grass was planted last year; now the garden is a lush green. Another important contribution has been made in the eastern quadrangle of Arz Begi: the structure was repaired and the paving around the perimeter wall is now complete. The jharoka building has also been repaired, and the apron around the jharoka is near completion. It is expected that once the pavement is finished, the lawns will be improved and a public entrance to the garden will be opened from this side.

Unesco’s World Heritage Committee, in its draft decision on Shalimar Gardens and Orange Line Metro Train, clearly says that OLMT poses an irreversible and permanent threat to Shalimar Gardens, which is a World Heritage Site, and it may be taken off the World Heritage Sites list permanently if the project goes ahead as planned. The World Heritage Committee released the draft decision keeping in view the longstanding debate on the transportation-led development project of the Punjab government. The government is carrying out construction work inside the 61-metre protective buffer zone of the international heritage site of Shalimar Garden in violation of international laws as well as the national antiquities act. This draft decision will be finalised through a vote of member states in the upcoming WHC meeting in July 2017. This was stated at a press conference at the Lahore Press Club on Friday. Lahore Conservation Society’s Maryam Hussain, former director of NCA Rawalpindi Dr Nadeem Omar Tarar¸ ICOMOS Vice President Fauzia Qureshi, Advocate Saroop Ijaz and painter and activist Dr Ajaz Anwar were also present on the occasion. The World Heritage Committee in its draft decision urged the Punjab government to immediately suspend work in the immediate vicinity of Shalamar Gardens. It requested the State Party (Punjab government) to identify an alternative location for the OLMT and regretted that the Reactive Monitoring Mission was not invited (not given visas by the Pakistan government) as requested by the World Heritage Committee. It expressed concern at the decision of the Department of Archaeology and Museums (Punjab) to issue an NOC for the OLMT and said the government had not complied with the requests made by the committee, nor proposed any clear way forward considering the fact that construction work undertaken and planned for the OLMT posed a threat to the OUV of the property. [6] World Heritage 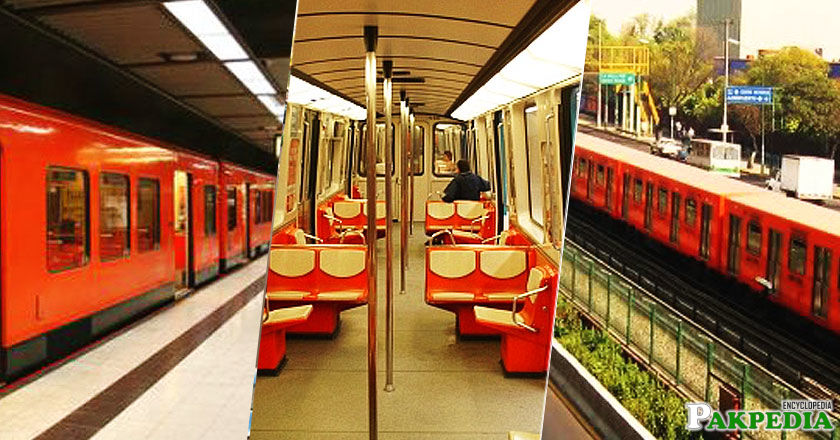 Scientific and Cultural Organisation (Unesco) show the Punjab government did not take it on board prior to launching development project/scheme — particularly at the stretch passing along the Shalamar Gardens that is on the list of world heritage list. The issue regarding possible danger to some protected/heritage sites came into limelight after construction/civil work for the Lahore Orange Line Metro Train Project was launched formally on 27.1km route from Dera Gujran to Ali Town. After start of construction work, the matter pertaining to safety/protection of the heritage properties — mainly the Shalamar Gardens, GPO and Chauburji appeared to be most important one. However, the civil society organisations finally decided to write to Unesco to directly intervene in the matter and make efforts to get the civil work stopped by the project implementing agencies. Unesco took quick action and wrote a letter to its representatives in the Pakistan National Commission for Unesco to take up the issue with the Punjab government and halt the work in front of the Shalamar Gardens. It may be mentioned that the Shalamar Gardens and Lahore Fort are mentioned as one unit/single heritage site in the Unesco’s list of world heritage properties. “The World Heritage Centre (cultural division of Unesco) has received a series of reports expressing concerns for the state of conservation of Shalamar Gardens due to urban development project being implemented in Lahore by the government of Punjab, in particular to the proposed track of the metro line that passes by near the World Heritage Property,” reads a letter written by Mechtilf Rossier (director World Heritage Centre, Unesco, Paris) on Oct 29 to Ghalib Iqbal, ambassador, permanent delegate of Pakistan to Unseco [7] Danger Danger

Shalimar Garden Not In Danger Anymore

The UNESCO World Heritage Committee has recognised the success of Pakistan, along with Philippines, in improving the conservation of sites that had been inscribed on the List of World Heritage in Danger. The sites in Pakistan included the Lahore Fort and the Shalimar Gardens. The committee observed that successful measures had been taken to remove the threat to the brilliant palaces, mosques and gardens of Lahore. It inscribed this outstanding testimony of Mughal civilisation on the World Heritage List in 1981. Problems, including urban encroachment, had warranted the inscription of the site on the World Heritage List in Danger in 2000, at the request of the Pakistani government. The committee noted that many of the site’s monuments have since been restored. Better drainage and planning have also improved the preservation of the site’s external walls and solved problems of dampness. The List of World Heritage in Danger is designed to inform the international community of threats to the outstanding universal values for which a property has been inscribed on the World Heritage List and to encourage corrective action. [8] Not In Danger