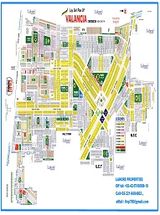 A glut of new real estate developments in Lahore over the past has created a housing surplus in the city, keeping prices throughout much of the provincial capital largely stagnant, according to new data released by Zameen.com.Valancia Town located in Punjab Lahore Pakistan.It was first planned in the 1990s and construction began by PECHS through funding from Mashreq Bank.Valancia covers near about an area of 1,000 acres (4.0 km2). Valancia was first planned in the 1990s & started construction under the supervision of Mr.Manzoor Ahmad through funding from Mashreq Bank. But it became more famous in recent property boom after 2000 in Lahore and in Pakistan. Mr.Manzoor Ahmad has been with various banks and is the creator of Canal View Society, Lahore and Izmir, Lahore.[1] First Planned

It is notable for its well-landscaped boulevards connecting a balanced mix of single-family detached homes, community and shopping centres.

Valancia also has an extensive system of paved pathways with grade separations over and under the boulevards. Valancia’s residential areas are separated into Blocks. Each Block has its own dedicated green areas and play grounds. On its southern side it has access from Defence Road other access is from the Wapda Town. A new direct access road from Khyaban-e-Jinnah Road is under construction which will provide another main access to the community. Valancia covers an area of about 1,000 acres (4.0 km). All infrastructures are in place, which include network of roads, water supply system which draws on the society’s own tube well, power and gas supplies, and street lights, telephones. A host of other auxiliaries are also set up, including site horticulture and beautification, parks and playgrounds, mosque, round-the-clock armed security, a quality school of the Beacon house Schools System, sports club etc.

Valancia is a peaceful and quiet neighbourhood located away from the noise of city of Lahore. The roads and streets are well paved and the housing society is generally well maintained.

It is a well maintained society with following facilities:

Valencia has a beautiful constructed central mosque. It has jogging tracks in the parks. For the game lovers, basketball court, badminton court is constructed. It has a club and many Schools. It has number of medical clinics. A Daewoo City Bus Terminal is also located here.Hence, all the basic facilities are here. For fun and recreation, Valencia arranges an Annual Spring Festival for its residents.[2]  Facilities It is a fact that lack of health facilities is a major problem of Pakistan now days even in big cities, for this purpose Valencia town is providing health facilities through Rehana Mushtaq Clinic, MD Clinics and Hameeda Memorial Hospital to their residents. These health places are equipped with all latest treatment facilities and many famous surgeons of Lahore regularly visiting and helping the patients.

It is a one of the ideal and well-developed places to live in Lahore, which is gaining interest of people from all over Pakistan. Valencia is still affordable then DHA, Bahria and many famous societies, that’s why many people are planning to build their new homes in Valencia.The management of Valencia town is really working hard to satisfy their residents. They arranged many events inside the society for them like Cricket tournaments, Independence Day celebrations, Eid Festivals, etc.