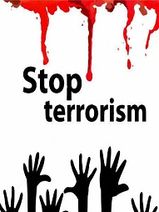 After looking at the results of 2015, the report concluded that Pakistan is one of the five countries which are most impacted by terrorism.The report also analyzed the terrorist organizations which had the highest impact in the year 2015. Four terrorist organizations claimed responsibilities for 74 percent of the total terrorist-related deaths.From the summer of 2007 until late 2009, more than 1,500 people were killed in suicide and other attacks on civilians for reasons attributed to a number of causes – sectarian violence between Sunni and Shia Muslims; easy availability of guns and explosives; the existence of a “Kalashnikov culture”; an influx of ideologically driven Muslims based in or near Pakistan, who originated from various nations around the world and the subsequent war against the pro-Soviet Afghans in the 1980s which blew back into Pakistan. [1] Taliban, which operates – predominantly Each country is assigned a weight from 1 to 10. The latter being the highest impact of terrorism. Pakistan had a score of 8.613, just above Syria which had a score of 8.587. Pakistan is 4th in the list of the countries which has been affected by terrorism the most, according to GTI. Iraq, Afghanistan and Nigeria are the only countries above Pakistan in that regard.though Pakistan is still included in the top five, the military operations resulted in decline of terrorism in Pakistan. Over 3,000 militants were wiped out in Zarb-e-Azb operation which was carried out in mid 2014, according to the statistics.Forming a comparison with 2014, Pakistan’s terrorist-related death count has gone down significantly.Speaking about the decline of terrorism, Pakistan ranked third in the list. There were 677 fewer deaths in Pakistan, as a result Pakistan had the lowest number of deaths from terrorist attacks since 2008. However, it is alarming that Pakistan reported a drop of 45 percent less terrorist attacks yet still ranks as the sixth most deadliest country.[2] Speaking about – decline of terrorism GTI is a comprehensive study which analyzes the overall impact of terrorism in 163 countries. It covers 99.7 percent of the world’s population, making it the only organization credible for a general overview of terrorism. The definition of terrorism, according to GTI is:
“The threatened or actual use of illegal force and violence by a non-state actor to attain a political, economic, religious, or social goal through fear, coercion, or intimidation.”in order to be included as an incident in the GTD the act has to be “an intentional act of violence or threat of violence by a non-state actor”. This means an incident has to meet three criteria in order for it to be counted as a terrorist act: Food insecurity is also linked with militancy and violence. When people remain unable to afford food and cannot meet their basic needs civil strife grows. A report by the Islamabad-based Sustainable Development Policy Institute The highest levels of food insecurity, for instance, exist in the Federally Administered Tribal Areas, according to the report, where 67.7 per cent of the people are insecure. The next highest level is in Baluchistan, with food insecurity at 61.2 per cent, and then in Khyber-Pukhtunkhwa, 56.2 per cent. In Pakistan some extremist forces are exploiting the feelings of lower and lower middle class food insecure people. They are motivating their unemployed youth to commit heinous crimes such as suicide attacks against innocent people.[3] Food insecurity – linked with militancy Another reason of terrorism is dissatisfaction. When a person is dissatisfied with the rulers and thinks that his rights are being humiliated or exiled, his living of life has not been compensated, he is deprived of rightful inheritance to office, wrongly imprisoned and property confiscated then he joins some religious parties. It does not matter which organisation it would be. None of the organisations has any importance for him. Adopting an organisation would only save him from the critical situation he is in and leaves him to play in the hands of his so-called leaders who destroy his public sense of security.Today’s Pakistan is facing democratic turmoil. A path chartered by the military regime of Ayub Khan, Yahya Khan then of Zia-ul-Haq was altered by yet another military regime that of Musharraf. All these regimes produced political instability, poor governance, institutional paralysis, by passing the rule of law, socio-economic downfall and so on. These fragile conditions along with deteriorating law and order situation have provided a fertile ground for terrorism to grow. [4] A path chartered – the military regime Religious intolerance is another factor which is adding fuel to the fire of terrorism. youth, educated through religious Madrassahs, are indoctrinated with extreme ideas. They become intolerant towards other religions and even other sects of their own religion. They impose their own extreme ideas and vent their fanaticism thorough violent actions. Intolerance makes society jungle. It is proving destructive phenomenon for social harmony, political stability, and economic growth.Religious extremism that took its roots in Pakistan after the Islamic Revolution in Iran in 1979 is proving venomous for Pakistan. The increased danger of sectarian motivated acts of violence, have gained in power and influence over the recent past. External as well as internal influences have impacted the sectarian issues and have served to further intensify the magnitude and seriousness of the problem. Sectarian violence, therefore, was an extremely rare and unheard of phenomenon in Pakistan with sectarian disputes being very localized and confined rather than being frequent and widespread.[5] Religious extremism – took its roots

After the incident of 911

This religious extremism took a new shape of terrorism after 9/11. After the incident of 9/11 suicide bombing in Pakistan has become a norm of the day. The American invasion and occupation of Afghanistan, as well as the military operation in Pakistan, along with the American drone attacks, have served to fuel religious radicalism leading to violent reaction. The breakdown of state structures in Afghanistan created a void which was quickly filled by groups and individuals who took it upon themselves to continue the lost battle. Some of them also intruded into Pakistani tribal areas, thus inviting the US displeasure. Flushing out these foreign fighters by Pakistani security forces made Pakistan a battle ground, as foreign militants and some of their local hosts, joined hands to counter the security forces. [6] extremism took a new – shape of terrorism