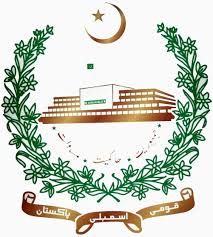 National Assembly Of Pakistan (Others)


The National Assembly (Urdu : قومی اسمبلئ پاکستان‎— Qaumī Asimbli'e Pākistān  of  Pakistan  is the country's sovereign legislative body. It embodies the will of the people to let themselves be governed under the democratic, multi-party Federal Parliamentary System. The National Assembly makes laws for the Federation in respect of the powers enumerated in the Federal Legislative list. Through its debates, adjournment motion, question hour and Standing Committees, the National Assembly [1] Member of the national assembly keeps as check over the Executive and ensures that the government functions within the parameters set out in the Constitution and does not violate the fundamental rights of citizens. Only the National Assembly, through its Public Accounts Committee, scrutinizes public spending and exercises control of expenditure incurred by the government.

The Islamic Republic of Pakistan is a Federal State comprising four provinces of  Balochistan , the Khyber Pakhtunkhwa, the Punjab and Sindh; Islamabad is the Federal Capital with Federally Administered Tribal Areas (FATA). These federating units offer a lot of diversity and variety in terms of languages, levels of social and economic development, population density and climatic conditions.The Members of the National Assembly are to be elected by direct and free vote in accordance with law.[2] National Assembly of Pakistan 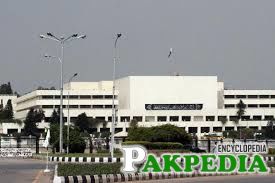 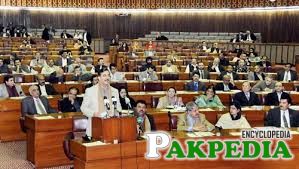 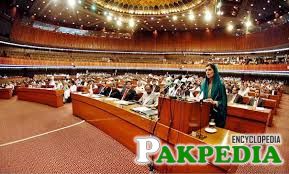 Hina Rabani in the National Assembly 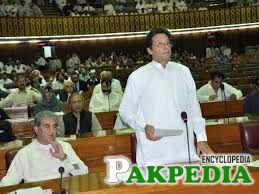 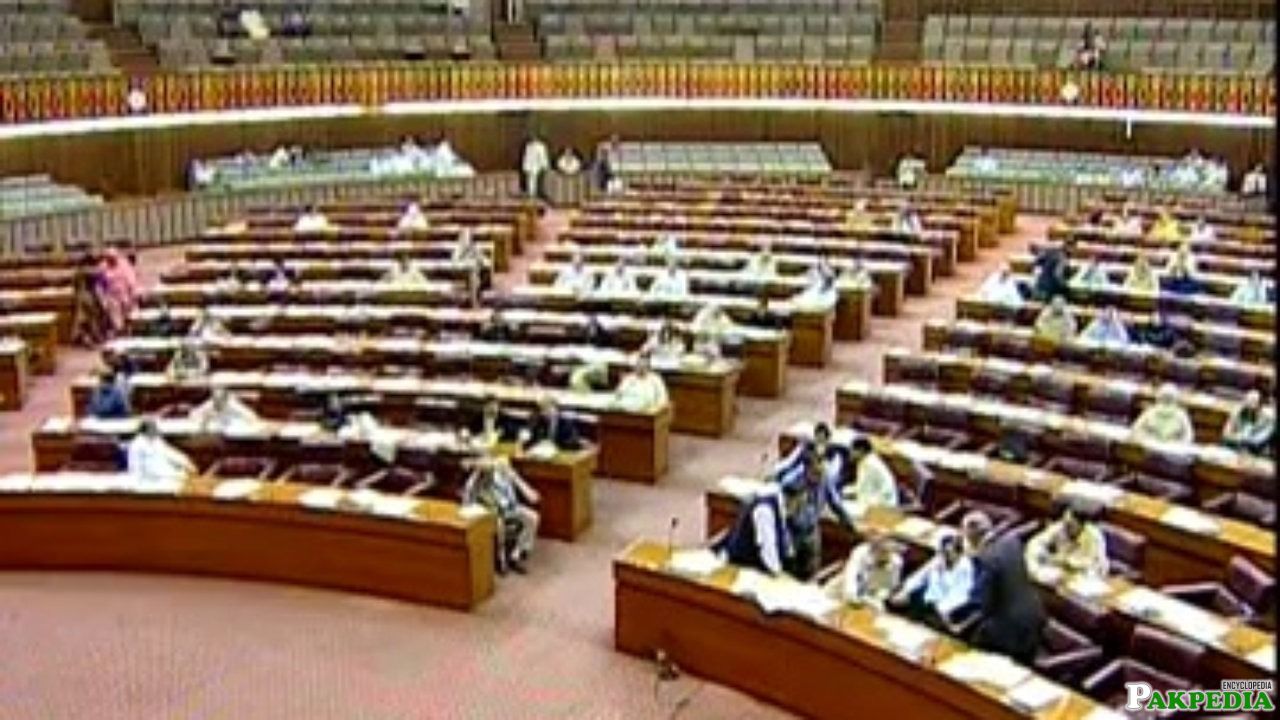 Article 50 of the Constitution provides that the Parliament of  Pakistan  shall consist of President and the two Houses known as the National Assembly and the Senate. The National Assembly has an edge over the Senate by legislating exclusively on money matters. With exception to money Bills, however, both the Houses work together to carryout the basic work of the Parliament, i.e. law making. 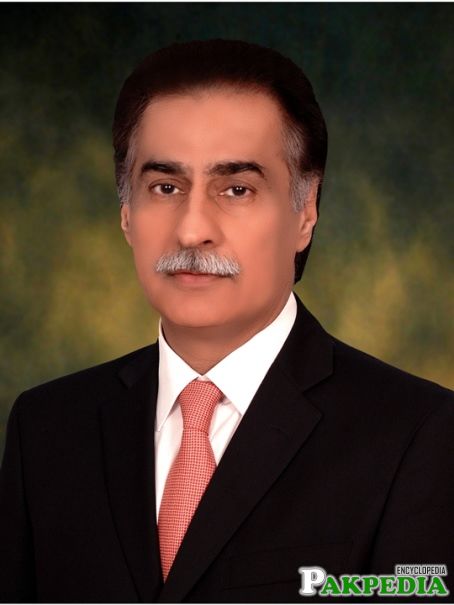 The Bill relating to the Federal Legislative List can be originated in either House. If the House passed the Bill through majority vote, it shall be transmitted to the other House. If the other House passes it witdout amendment, it shall be presented to the President for assent.[3]Legislative Procedure If the Bill, transmitted to the other House, is not passed within ninety days or rejected, it shall be considered in a joint sitting to be summoned by the President on the request of the House in which the Bill was originated. If the Bill is passed in the joint sitting, with or without amendments, by the votes of majority of the members of the two Houses, it shall be presented to the President for assent. If the Bill is presented to the President for assent, he shall assent to the Bill in not later than ten days.If it is not a Money Bill, the President may return the Bill to the Majlis-e-Shoora with a message requesting that the Bill be reconsidered and that an amendment specified in the message be considered. The Majlis-e-Shoora shall reconsider the Bill in a joint sitting.If the Bill is passed again, with or without amendment, by vote of the majority of the members present and voting, it shall be presented to the President and the President shall give his assent within ten days; failing which such assent shall be deemed to have been given. Under the Constitution, the Parliament may also legislate for two or more Provinces by consent and request made by those Provinces. If the Federal Government proclaims State of Emergency in any province, the power to legislate about that province is vested in the Parliament.But the Bills passed by the Parliament during the State of Emergency, shall cease to be in force after the expiration of six months from the date Emergency is lifted. Nevertheless, the steps already taken under these Acts shall remain valid. In exercises of its constitutional role, the Parliament also has other very important duties to perform.The President, who is at the apex, is elected by members of both Houses of the Parliament and the Provincial Assemblies. The Prime Minister, who heads the Cabinet and is meant to aid and advise the President in his functions, belongs to the National Assembly. He enjoys the confidence of the majority of the members of the National Assembly. Members of the Cabinet are appointed by the President on the advice of the Prime Minister. In the formation of the Cabinet the major portion (75%), goes to National Assembly while the rest (25%) are taken from the Senate. There is a democratic procedure to remove the Prime Minister from his office if he loses confidence of the majority of the members of the National Assembly. In this respect a resolution for a vote of no-confidence is moved by not less then 20% of the total membership of the National Assembly. If the resolution is passed by majority of the total membership of the National Assembly, the Prime Minister immediately relinquished powers. Similarly, for the removal or impeachment of the President, not less than one-half of the total membership of either House may give in writing its intention to do so, to the Speaker National Assembly, or, as the case may be, to the Chairman Senate, for moving a resolution for the purpose. In a joint sitting of the two Houses, convened for the purpose, and after the deliberations, if the resolution is passed by the votes of not less than two thirds of the total membership of the Parliament, the President shall cease to hold office immediately on the passing of the resolution. In case emergency is proclaimed, the Parliament holds the authority to extend the term of the National Assembly. Under the Constitution, the Parliament may also, on the request of the Federal Government, by law, confer functions upon officers or authorities subordinate to the Federal Government.

President of the Islamic Republic of Pakistan

President  Mamnoon Hussain  was born on December 23, 1940 at Agra, British India. He migrated to Pakistan in 1949 with his entire family. Mr.  Mamnoon Hussain  received his education in Karachi. He did his B.Com (Hons.) from  Karachi University  in 1963, and then joined the prestigious Institute of Business Administration (IBA), Karachi from where he completed his M.B.A. in 1965.He joined his fathers factory on completion of his education. Later, he shifted to textile business.[4] President of islamic republic of Pakistan

Honorable Sardar  Ayaz Sadiq was re-elected  as Speaker,  National Assembly of Pakistan by  securing  268  votes  on  9th  November,  2015.  He created new parliamentary history as he was elected twice as Speaker National Assembly during the same tenure of the Assembly. Sardar Ayaz Sadiq joined  the  family business after  the  completion of his studies,  he also started  taking  keen  interest  in the  social welfare  activities; a family legacy.  This enabled him  to  grasp  the  difficulties  of  the  downtrodden,  igniting  a  passion  to  bring  social reforms  through political  activism.  He entered mainstream politics in 1997 and later joined Pakistan Muslim League-Nawaz on 1st February 2001.[6]  Speaker of National Assembly Of Pakistan  His joining the PML-N marked the unconstitutional overthrow of the Government of the then Prime Minister Nawaz Sharif in a military coup, which led to his arduous journey of opposition. He remained steadfast in his chosen path and braved   arrests and political victimizations.  He also worked diligently to organize the party at all levels as Member of the Central Executive Committee and the Central Finance Secretary of the PML-N. In 2002, he made his debut to the Parliament by getting elected in both the National as well as the Provincial Assemblies from Lahore. He chose to take oath as a Member of the National Assembly and contributed as Member of the Standing Committees on Finance, Railway and Defence Production. He was among 19 legislators from his party in a House of 342. In 2008, he  successfully returned to  the  National Assembly for  a second  term  and  was elected  as  the  Chairman   of  the  Standing  Committee  on  Railways.  He also served as Member    of   the   all-powerful   Public   Accounts   Committee   and    the   Parliamentary Committee   on   Kashmir.   During   this   term,    he   also   helped    the   then   Speaker   in materializing   the idea   of Parliamentary Friendship   Groups   by drafting   its rules.  His contributions as Convener of  the  Pak-German  Parliamentary Friendship  Group  went  a long  way  in  building  a  strong  parliamentary relationship between  the  two  countries. Sardar  Ayaz Sadiq was elected  to  the  Parliament  for the  third  consecutive  term  in 2013 by managing  a landslide victory.  He secured over ninety-three thousand votes.  In view of his contributions to the Party and the Parliament, he was nominated for the Office of the Speaker. He was elected to this Constitutional Office with an over two-third majority. 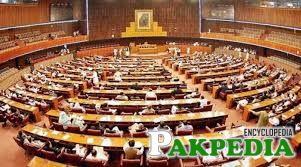 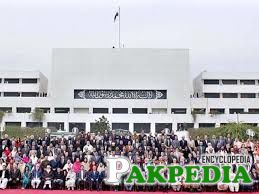 Group photo of the National Assembly of Pakistan upon completion of their five year term. 24th constitutional amendment to be presented in National Assembly

While recognizing the Committee System, the committees have been empowered to go into all matters of the ministry. A matter can be remitted to a standing committee by the Speaker or the Assembly suo moto and without moving any motion. The committees have also been empowered to invite or summon before it any member or any other person having a special interest in relation to any matter under its consideration and may hear expert evidence and hold public hearing.

The composition of the National Assembly is specified in Article 51 of the Constitution of Pakistan. There are a total of 342 seats in the National Assembly. Of these, 272 are filled by direct elections. In addition, the Pakistani Constitution reserves 10 seats for religious minorities and 60 seats for women, to be filled by proportional representation among parties with more than 5% of the vote. As of 2006, there are 72 women members in the Assembly. Members of the National Assembly are elected by the people in competitive multi-party elections, to be held at most five years apart on universal adult franchise. To be a member of electoral college, according to Article 62 of the Constitution, candidates must be citizens of Pakistan and not less than 18 years of age.