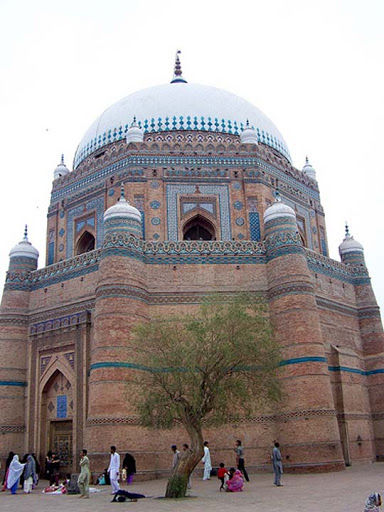 
When someone asks you about your culture majority of us defines it in Pakistan s term in my country we have diversified various cultures i.e. Punjabi, Baloch, Pashtuns, Sindhi, Urdu speaking and Haryanvi but is this all we have to say?  Yes no doubt that it is a country with multi-cultural aspects but have we ever tried to study or research the interesting realities about them. Being a Punjabi myself I am very much interested in knowing all the regions of Pakistan where Punjabi have their origins.[1] history pak - Multan City Pakistan came in to existence 65 years ago comprising of numerous ancient cities whose history can be traced back in the time of Aryans and conqueror Alexander the great. The significance of these cities lays not only in the formation of Pakistan but also is the current backbone of the country. Having a population of more than 8 million i.e. 5% of the countrys population, third largest city and one of the most popular industrial hubs of the country.[2] About Imformation - City Sufi 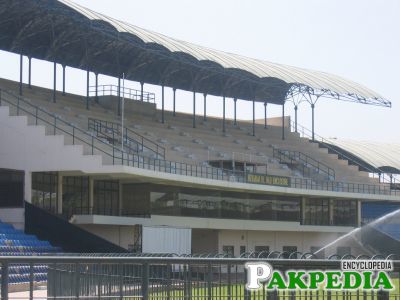 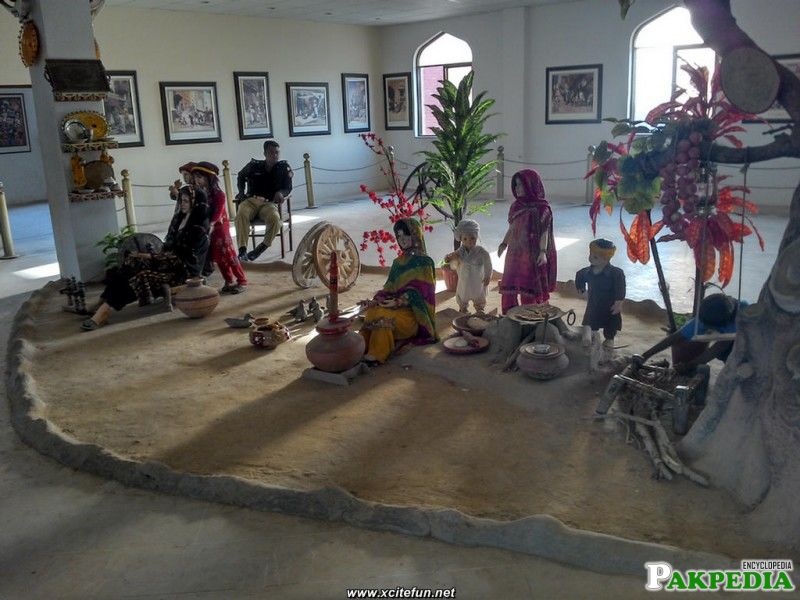 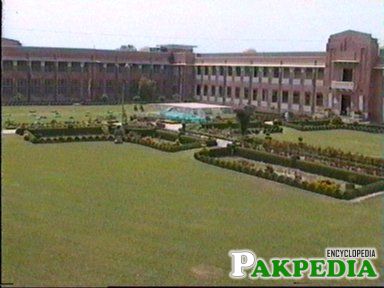 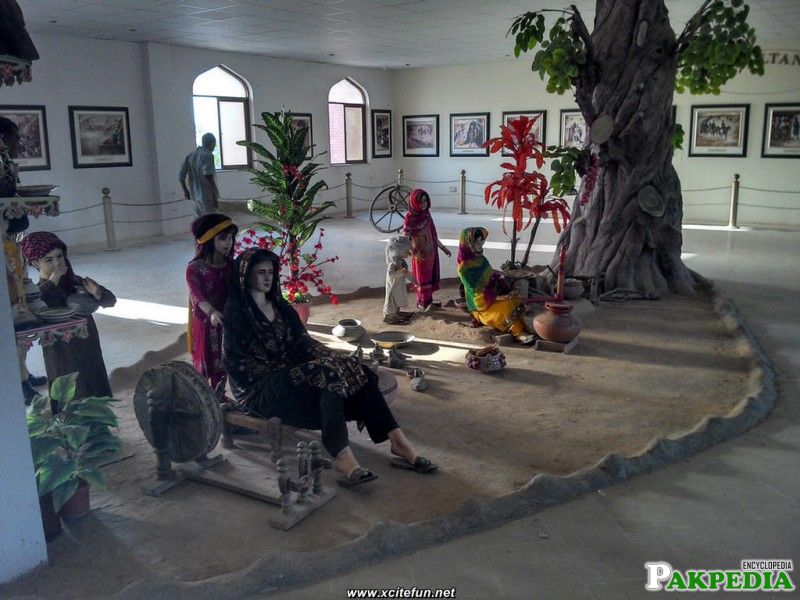 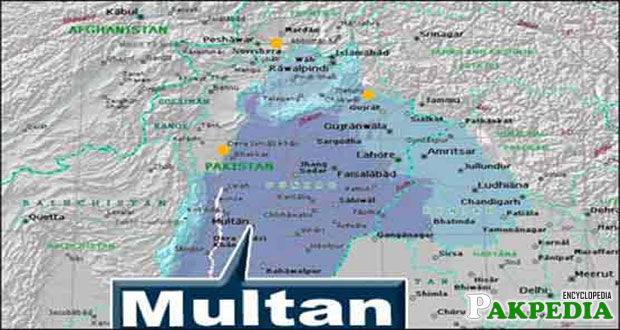 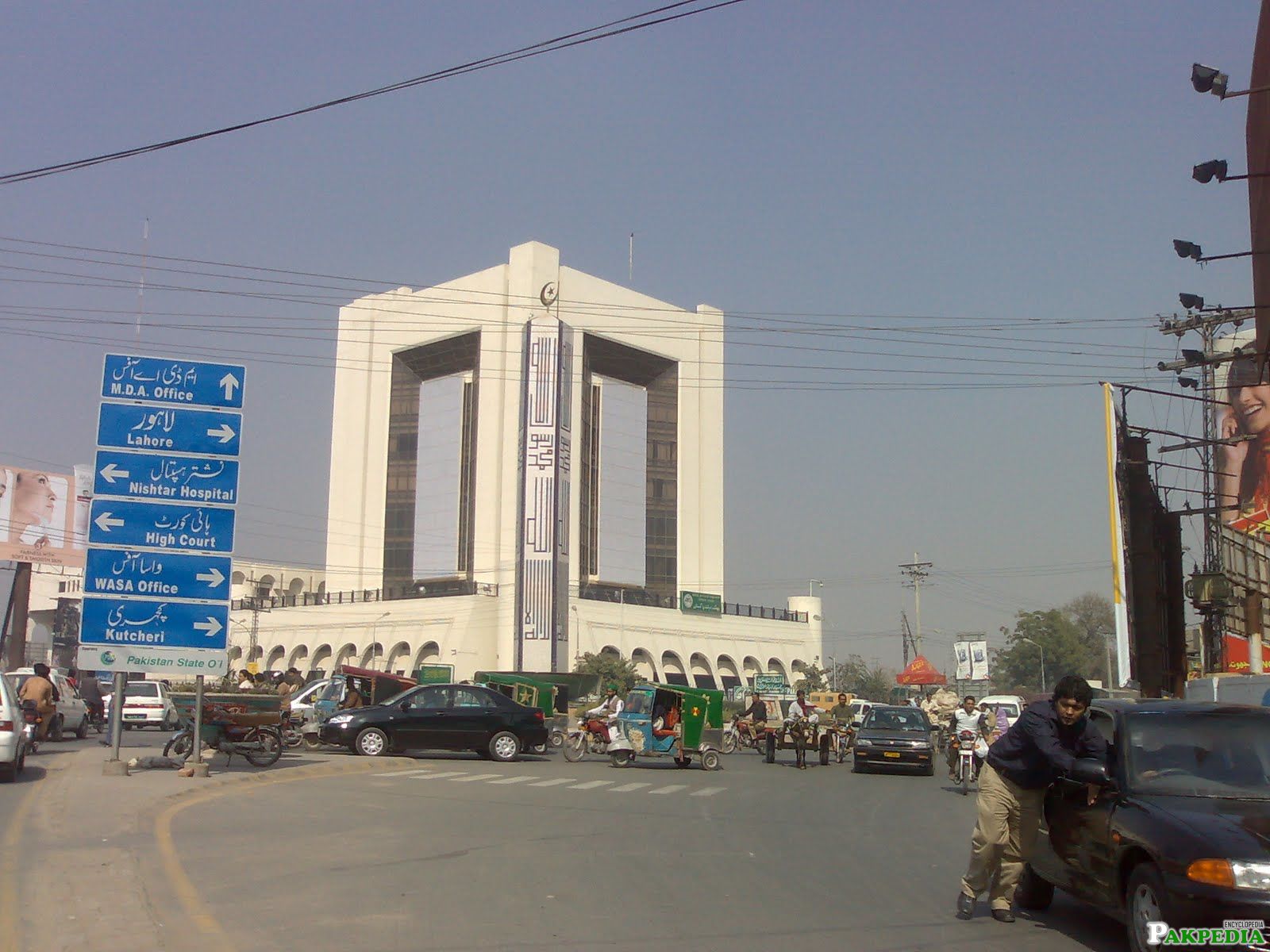 Multan is the only ancient city

Multan is the only ancient city, the Manchesterâ of Pakistan that is recognized as a abode of great ethnic clusters let it be my Punjabi cluster or others such as Balochi, Sindh and Pashtuns. It is the most honorable city of Pakistan comprising of many religions. The dominant religion that existed in Multan was no doubt  which give rise to its mystic side called Tasawwuf or Sufism. This region attracted many Sufis across the globe and hence has been named as Gada O Goristan the city of gold, Sufis and beggars. The city is full of Sufis tombs which even today is the center of attraction for the numerous tourists. Some of the famous tombs in Multan includes Hazrat Hafiz Muhammad Jamal, Multani Sheikh Baha-ud-Din, Shah Rukn-e-Alam and Shams Ud Din. Unfortunately today the concept of Sufism and its promotion is at minimal and in literal meaning have become a part of our history books or tourism spot. Their Sufi Kalaams and poetry is vanishing day by day from our society may be holding great importance in Multan but what about in the rest of the country.[3] Detail History of - Multan

Multani is one of the oldest dialects spoken in southern Punjab. It is a dialect of Punjabi and is a mixture of Jhangochi of Punjabi and Sindhi. Saraiki is the new name but for centuries, Multani was in use. it is mainly spoken in Multan District, Muzaffargarh District andadjacent areas This entire area has almost the same traditions, customs and culture.[4] Multan .lonely - planet 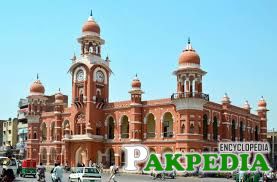 A Beauty of Multan 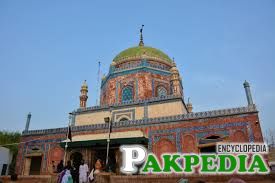 Multan Museum is a historical place. It has a wide collection of coins, medals, postage stamps of the former State of Bahawalpur. It also contains manuscripts, documented inscriptions, wood carvings, camel-skin paintings, historical models and stone carvings of the Islamic and Pre-Islamic periods.  Punjab Government is working to make a new room for Multan museum by converting the famous Ghanta Ghar building into new Museum building.[5] Multan Museum is a historical place. The Fort site now looks as a part of the city because instead of the river it is now separated by a road which looks more like a bazar and remains crowded throughout the day.Nobody knows when Multan Fort came into being but it was there and it was admired and desired by kings and emperors throughout centuries. It was considered as one of the best forts of the sub-continent from the defense as well as architectural points of view. [7] Multan Fort  - Imformation 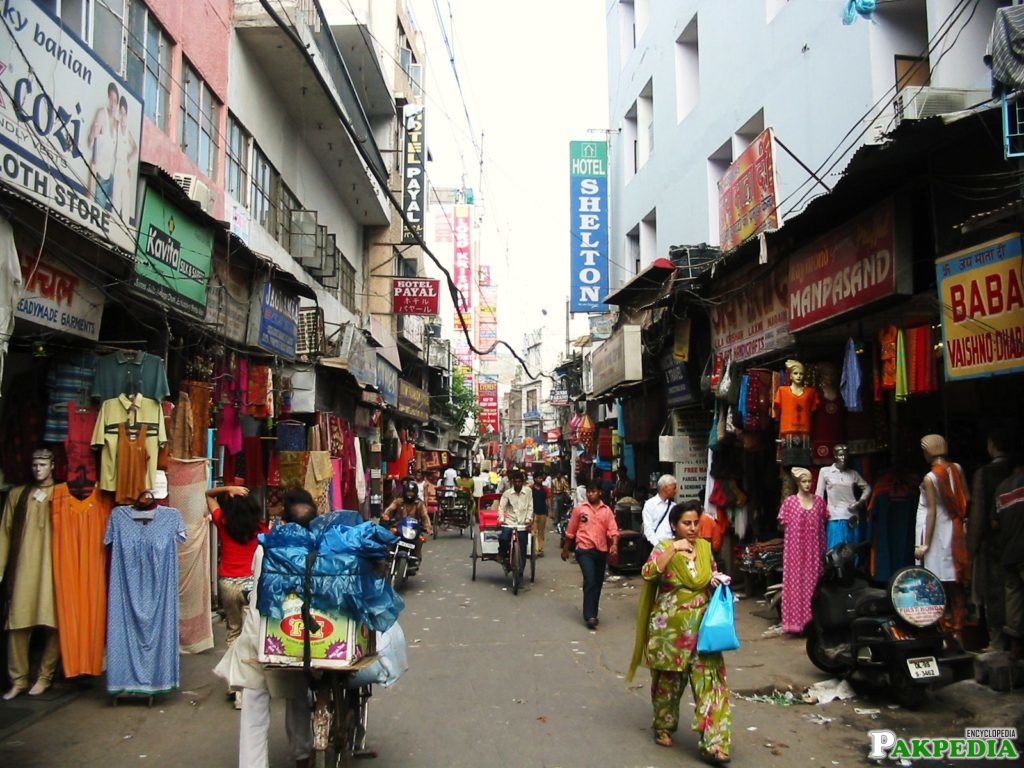 Multan is famous for its multani dresses, mainly for women. The dresses are made with beautiful embroidery and have a very ethnic touch to them. The dress for men includes shalwar kamiz and lungi. Another element in its dress code includes the Multani Khussas: shoes that are the latest trends in streets of Pakistan. Nowadays, these khussas are in fashion and are demanded by women all over Pakistan. This demand has risen the price of this product and has made it slightly expensive than other regular khussas available in the market.[8] TRADITIONAL DRESS  - Multan

The area around the city is a flat plain and is ideal for agriculture, with many citrus and mango farms. There are many canals that cut across the Multan District, providing water from nearby farms. This makes the land very fertile.Multan produces one of the best   mangoes in the world. There are  many varieties of mangoes being  produced and mango farms are  undoubtedly the most common sight in the suburbs of Multan.  The hot weather and abundant well irrigated fertile land assures    unprecedented taste for these  mangoes. Chaunsa, Langra, Anwar  ratol, Dusairi, Fajri, Desi and Sindhri are some of the many mango varieties currently being cultivated in Multan. The mangoes produced here are probably the sweetest on the globe and a large portion of the cultivation is exported to many different countries including America, England, Canada, Saudia Arabia and Japan.[9] Traditional Food of  - City

Multan is situated along the under-construction 6-lane Karachi–Lahore Motorway connecting southern and northern Pakistan that is being built as part of the $54 billion China Pakistan Economic Corridor. The 6-lane, 392 kilometer long M-5 section of the motorway is being built between Sukkur and Multan at a cost $2.89 billion. The M-5 has been under construction since May 2016. Multan will also be connected to the city of Faisalabad via the M-4 motorway, which in turn will connect to the M-1 and M-2 motorways that will provide access to Islamabad and Peshawar. Further links with the Karakoram Highway will provide access to Xinjiang, China, and Central Asia. Construction of the M3 motorway also under construction at a cost of approximately $1.5 billion, and was launched in November 2015 The motorway will branch off of the M-4 motorway and will connect Lahore to the M-4 at Abdul Hakeem.[10] Construction of the M3 motorway also under construction

The Multan Metrobus is a bus rapid transit line which commenced service in January 2017, at a cost of 28.8 billion rupees.The BRT route serves 21 stations over the course of 18.5 kilometres, of which 12.5 kilometres are elevated. 14 stations are elevated, while the remainder are at street level. The BRT route begins at Bahauddin Zakariya University in northern Multan, and heads southward to pass by the eastern edge of Multan's old city at the Daulat Gate before turning east to finally terminate at the Kumharanwala Chowk in eastern Multan.[11] The Multan Metrobus is a bus rapid transit The route will initially serviced by 35 buses, serving up to 95,000 passengers per day. The Multan Metrobus is planned to ultimately have total of 4 BRT lines covering 68.82 kilometres, which will be complemented by feeder lines.

Multan is connected by rail with all parts of the country and lies on the main track between Karachi, Peshawar, Lahore and Quetta. The Main Line-1 Railway that links Karachi and Peshaway passes through Multan district is being overhauled as part of the China Pakistan Economic Corridor. As part of the part of the project, railways will be upgraded to permit train travel at speeds of up to 160 kilometers per hour, versus the average 60 to 105 km per hour speed currently possible on existing track, The project is divided into three phases, with the Peshawar to Multan portion to be completed as part of the project's first phase by 2018, and the entire project is expected to be complete by 2021.[12] Multan is connected by rail with all parts of the country From Multan, links to Khanewal, Lodhran and Muzafargarh are offered by rail. Multan Cantonment railway station is the main railway station of Multan. 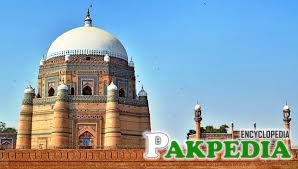 There is so many shrines in Multan

Shrine of Muhammad Yousaf Gardezi is just inside the Bohar Gate. It is a rectangular dome less building decorated with glazed tiles, a work of considerable beauty.

The prime attraction of the Fort area is the Mausoleum of Sheikh Baha-udDin Zakariya (the ornament of the Faith) and Sheikh Rukn-ud-Din Abul Fath, (pillar of the World).The Mausoleum was almost completely ruined during the siege of 1848, but was soon afterwards restored by the Muslims.

He passed away in 1276 AD and the shrine was built by his grandson in 1 330 AD. It was rebuilt by one of his followers in 171 8 AD. It is generally believed that Shah Shams Tabrez performed many miracles. So much so that he once begged the sun to come down and the luminary moved so much near that the fish held in the hand of Shah Shams was roasted.

The Mazar of Rukn-i-Alam is the glory of multan. When the city is approached from any side the most prominent thing which can be seen from miles all around is a huge dome. This dome is the Shrine of Sheikh Rukn-ud-Din Abul Fath commonly known by the title Rukn-e-Alam (pillar of the world). The tomb is located on the south-West side of the Fort premises. 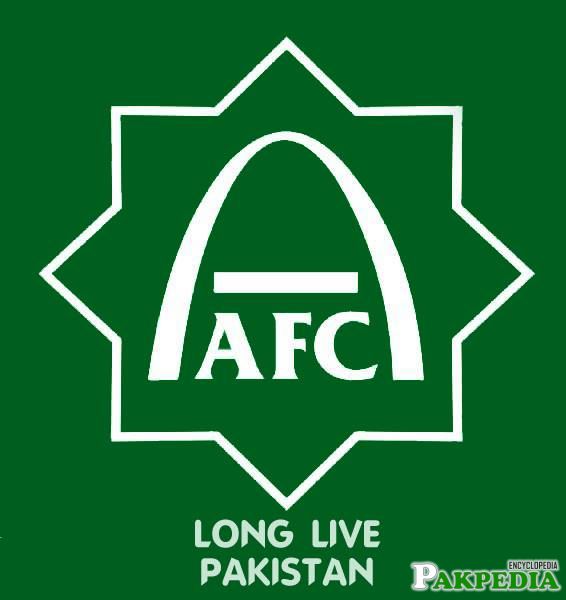 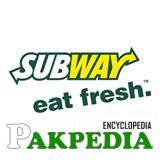 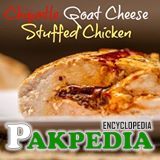 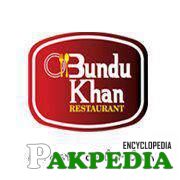 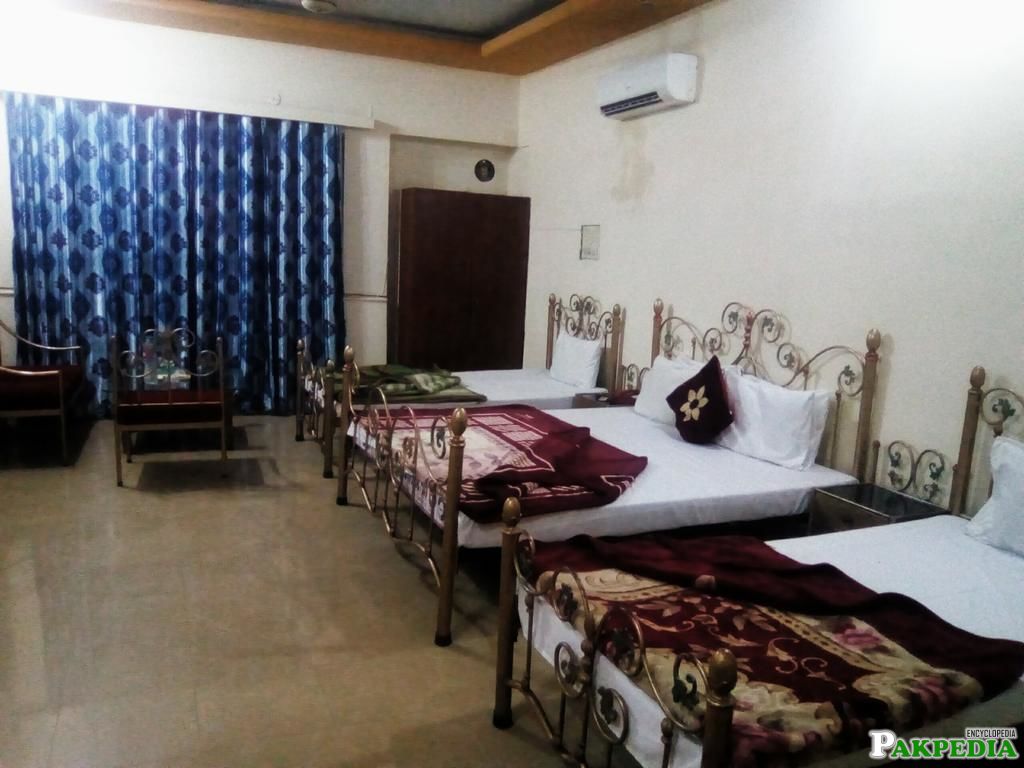 2581-A, Near Khan Medical City Nishtar Road, 60000 Multan, Pakistan Featuring free WiFi, a barbecue and a sun terrace, Hotel New Star offers pet-friendly accommodations in Multan. Guests can enjoy the on-site restaurant. Free private parking is available on site. Each room at this hotel is air conditioned and is fitted with a flat-screen TV. Certain accommodations include a sitting area to relax in after a busy day. All rooms have a private bathroom equipped with a shower. There is a 24-hour front desk and hairdresser's at the property. The hotel also provides bike rental. 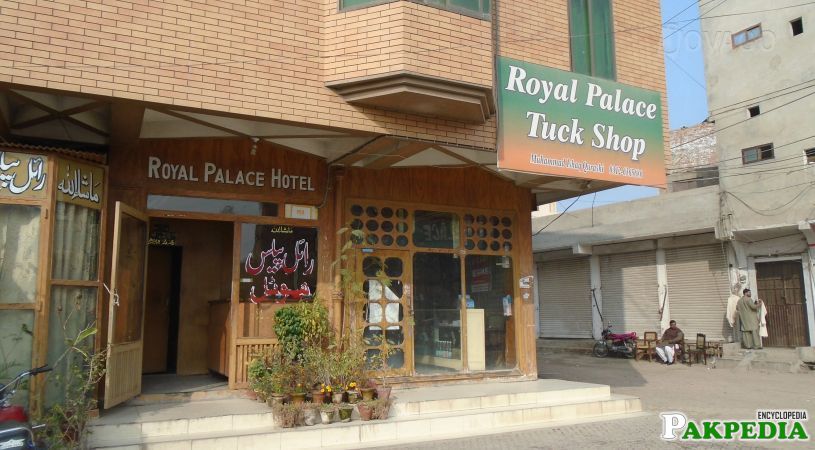 Hotel Royal Palace is located in Multan, Pakistan. The hotel features a restaurant. Each room is fitted with an air-conditioner, a telephone, a flat-screen TV and an en-suite shower. The hotel has an indoor restaurant that serves Pakistani and Chinese cuisine, as well as barbecue and snacks. The hotel offers laundry, car-hire and airport shuttle services at a charge. Onsite parking is available and the premises are guarded by security personnel. Hotel Royal Palace is a 7 minute drive from the airport and 3 - 4 minute drive from the bus stand. The hotel is also in close proximity to Railway Chowk and Aziz Hotel Chowk. 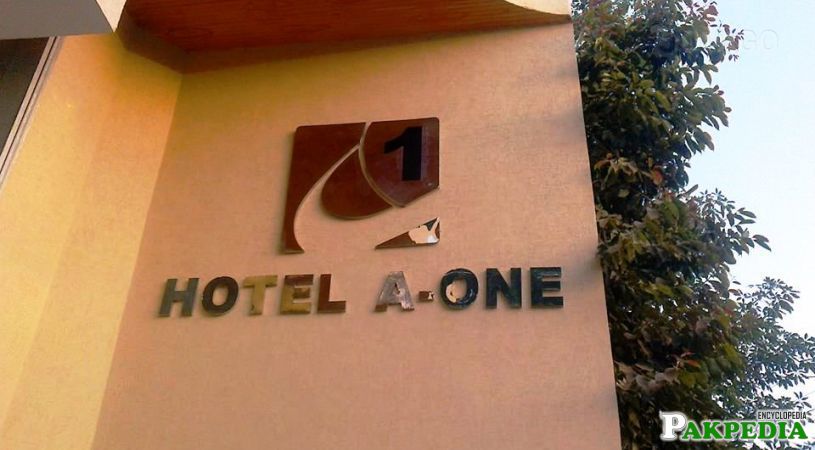 Hotel A One is a small hotel situated in Multan, Pakistan. The hotel lies close to Multan International Airport and has rooms with great views of the surrounding. The hotel's rooms have an en-suite bathroom, a balcony, an air conditioner and a TV with cable service. Guest can Order variety of continental and Pakistani food through room service . Laundry and babysitting are rendered onsite at added charges. Onsite parking is available. Security guards and surveillance cameras watch the hotel's premises. Hotel A One is a 10-minute drive to Multan International Airport. 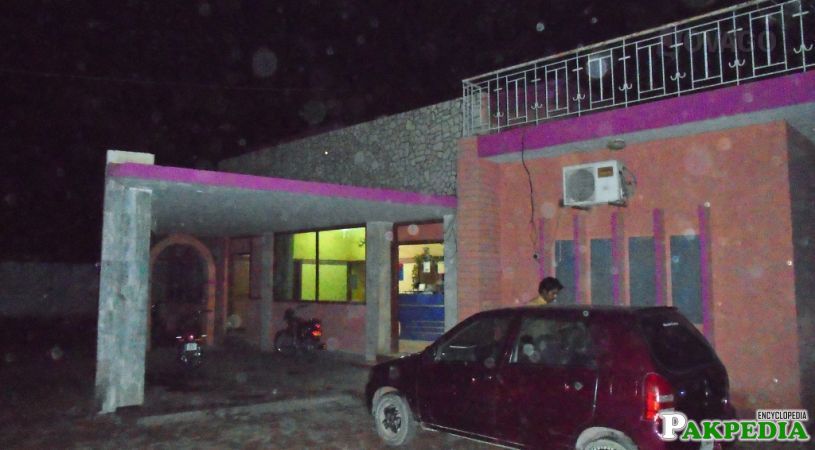 Sun Rise Guest House is located at High Court Chowk, Multan. Free WiFi is available within the premises. Each air-conditioned room at the guest house has an en-suite bathroom, a TV with cable service, a telephone, a refrigerator, a wardrobe and a sofa. Breakfast is complimentary and shared kitchen facilities are available. 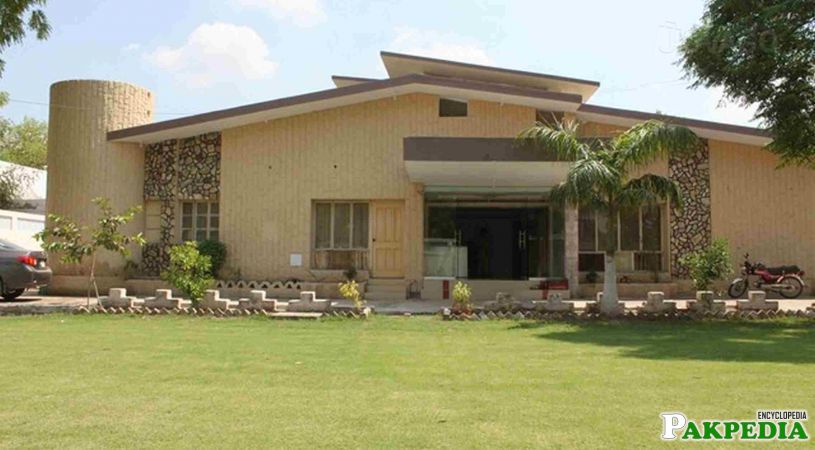 Hotel Decent Lodge is situated near Khanewal Road in Multan, Pakistan. The hotel features tastefully designed rooms and offers free WiFi to all guests. All rooms are simply designed and fitted with gleaming floor tiles. Each room has a fan, a wardrobe, a TV with satellite reception and an en-suite bathroom. The onsite restaurant serves a variety of Pakistani dishes. Meals can be enjoyed in the communal dinning. 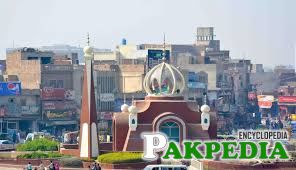 Over view of Multan

Jhang is the capital city of Jhang District, in th

Abbottabad, the city of pines, is located in the H