Khunjerab Pass (sometimes called Khunerjab Pass) is a high mountain pass on the northern border of Pakistan with China, at an elevation of 4.733 meters (15,528 feet) above the sea level. The Khunjerab Pass is the highest border-crossing in the world and the highest point on the Karakoram Highway.Khunjerab Pass is located in the Karakoram Mountains in a strategic position on the northern border of Pakistan’s Gilgit–Baltistan Hunza-Nagar District on the southwest border of the Xinjiang region of China. For comparison, Mont Blanc, the tallest mountain in Western Europe, is 4.810 m and Mount Whitney, the highest point in the 48 contiguous United States, is 4.421.[1] Khunjerab Pass info 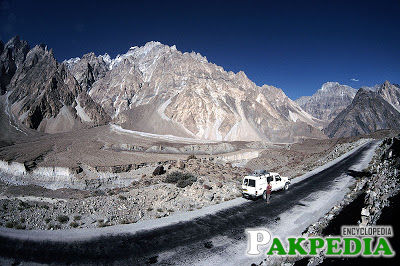 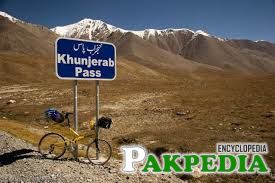 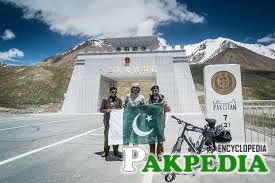 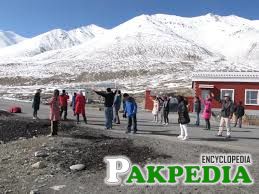 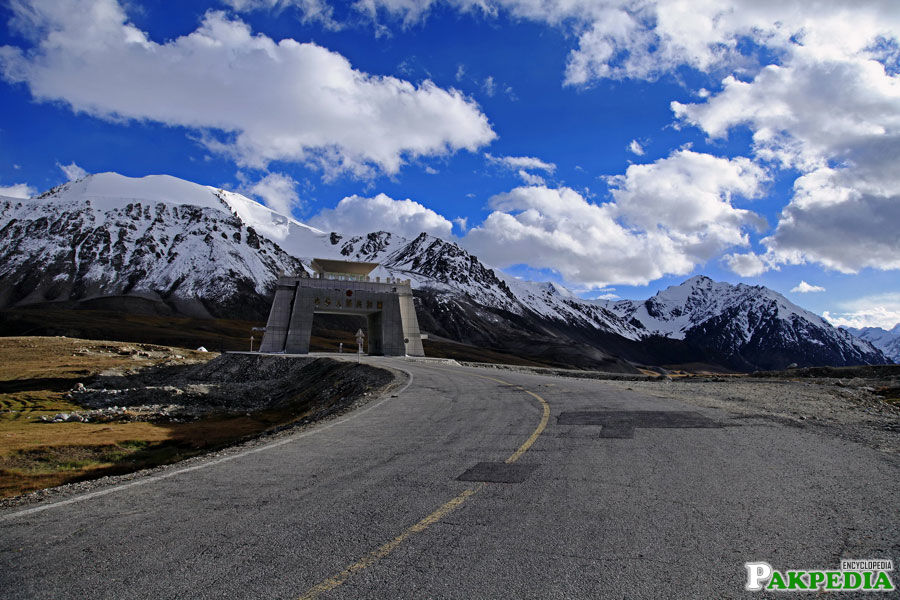 The Highest Border of the World The Khunjerab Pass 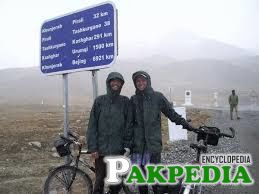 Pakistan and China, the two friendly neighboring countries separated by the highest mountainous range of the world The Karakorum ranges. The only place connecting two countries together over this mountainous range is The Khunjerab Pass, at the height of 16,200 ft. Khunjerab Pass is the point were the Highest Paved international road The Karakorum Highway enters China connecting Xinjiang Uyghur Autonomous Region of China and Gilgit–Baltistan of Pakistan. For those who love the high mountainous region, snow and cold weather this is a place must go. The nearest Pakistani town from Khunjerab is Sust that also act as the immigration and custom post. If you want to enter china Visa/Passport is required from their embassy in Islamabad, a bus service runs between Sust, Pakistan till Kashgar, China through Khunjerab Pass. But if you are not willing to visit china you can just go to the Khunjerab Pass and come back to Pakistan by just paying a nominal fee at the post. The Khunjerab Pass is worth visiting with its scenic beauty, awesome mountain views, the yaks grazing and the orange marmot. Since this place is at such high altitude, after November the crossing might be closed because of heavy snow. But after April, the pass is again open and can be visited at any time. We visited Khunjerab in the month of September 2015, the trip was awesome and we enjoyed it very much. There are no restaurants or shops at the Khunjerab Pass so you have to bring eatables and coffee with you if you want to have a picnic there. You also have to eat lots of Apricot on the way to Khunjerab to overcome the lack of oxygen that you feel at this altitude, it is recommended not to stay for more than 30 min at the pass. Also, wear warm clothes and Jackets to face the cold weather, there. [3] The highest border of the world khunjerab pass

ISLAMABAD: Pakistan-China trade border that was closed due to heavy snowfall has been reopened at the Khunjerab pass on Wednesday after four months.A high-level Chinese delegation led by Chairman of the Chinese People’s Political Consultative Conference Yu Zhengsheng has arrived in Islamabad on a two-day visit to Pakistan.
The delegation will exchange views with Pakistani leadership on further enhancing bilateral cooperation, besides discussing regional and global issues.[4] Pak china border crossing at khunjer pass reopened

The Khunjerab Pass is the highest paved international border crossing in the world and the highest point on the Karakoram Highway. The roadway across the pass was completed in 1982, and has superseded the unpaved Mintaka and Kilik Passes as the primary passage across the Karakoram Range. The choice of Khunjerab Pass for Karakoram Highway was decided in 1966: China citing the fact that Mintaka would be more susceptible to air strikes recommended the steeper Khunjerab Pass instead.
On the Pakistani side, the pass is 42 km (26 mi) from the National Park station and checkpoint in Dih, 75 km (47 mi) from the customs and immigration post in Sost, 270 km (170 mi) from Gilgit, and 870 km (540 mi) from Islamabad.On the Chinese side, the pass is the southwest terminus of China National Highway 314 (G314) and is 130 km (81 mi) from Tashkurgan, 420 km (260 mi) from Kashgar and some 1,890 km (1,170 mi) from Urumqi. The Chinese port of entry is located 3.5 km (2.2 mi) along the road from the pass in Tashkurgan County.The long, relatively flat pass is often snow-covered during the winter season and as a consequence is generally closed from November 30 to May 1.Since June 1, 2006, there has been a daily bus service across the boundary from Gilgit, to Kashgar, XinjiangA helpful road-sign giving motorists a perspective about the distances involve.This is one of the international borders where left-hand traffic ( Pakistan) changes to right-hand traffic (China) and vice versa.

In 2007, consultants were engaged to investigate the construction of a railway through this pass to connect China with transport in Pakistani-administered Gilgit-Baltistan. A feasibility study started in November 2009 for a line connecting Havelian 750 km (466 mi) away in Pakistan and Kashgar 350 km (217 mi) in Xinjiang.