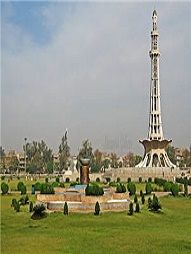 
Iqbal Park (formerly Minto Park) is large area of green space, located at the heart of Lahore city in Pakistan. The park accommodates Minar-e-Pakistan (Lighthouse of Pakistan), a 60 meters (198.5 feet) tall distinctive monument in the shape of a minaret that has been built in commemoration of the Lahore Resolution passed at the three-day general session (22–24 March 1940) of All India Muslim League, calling for greater Muslim autonomy in British India. The resolution became synonymous to the demand for a separate Muslim state of Pakistan. [1] Summary Summary 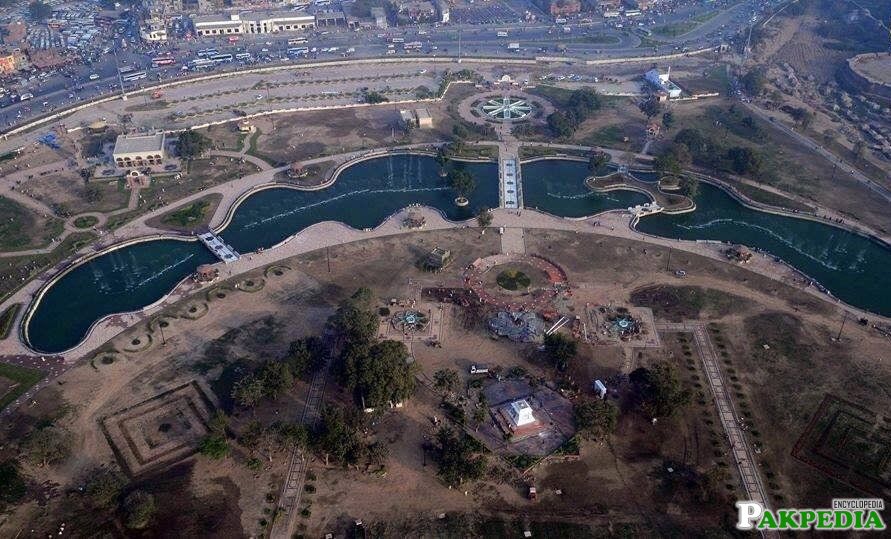 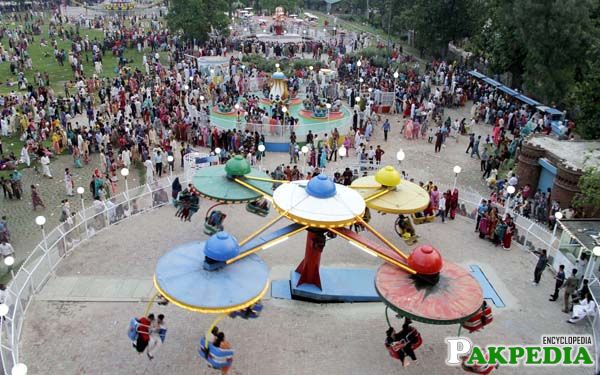 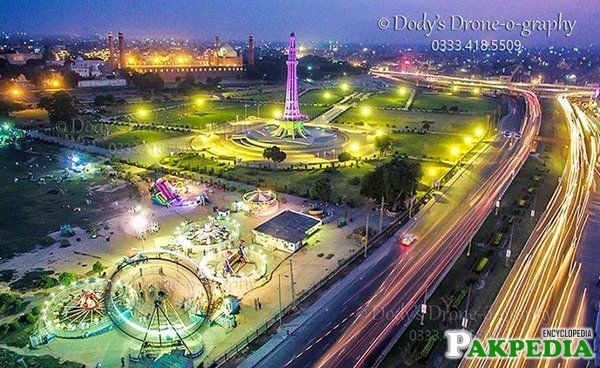 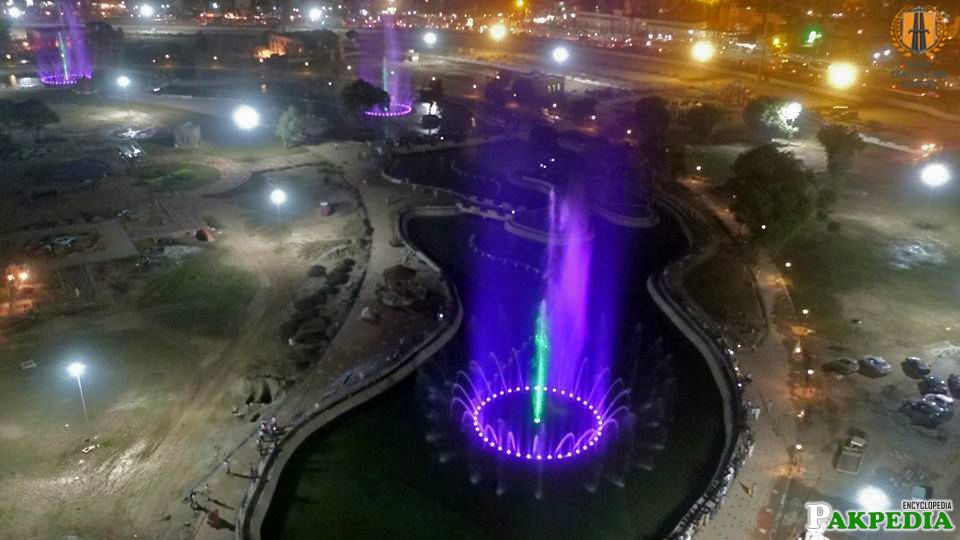 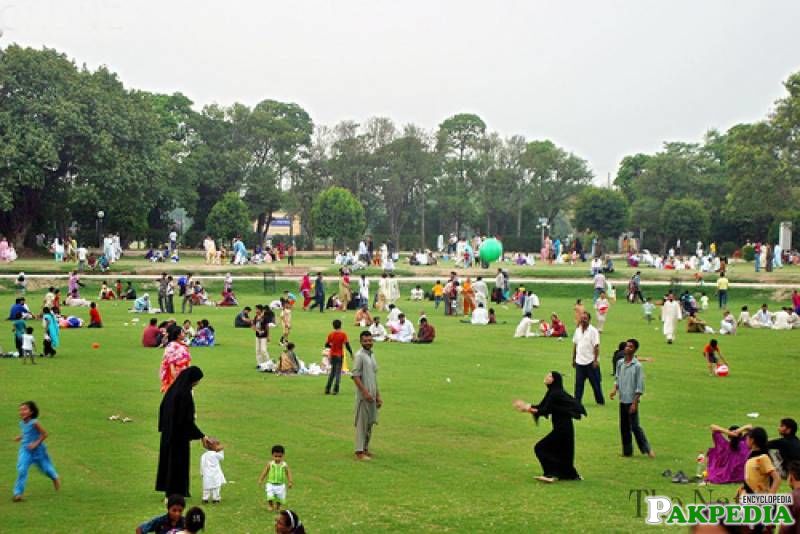 Apart from Minar-e-Pakistan Iqbal Park is a spacious wide open green park where visitors can picnic‎. The park is perfect for a family outing where small children have plenty of places to roam and parents can easily see where they are going without worrying about them wondering into the streets. There is plenty of wheelchair accessibility throughout the park and to places of interest by way of nicely kept concrete paths. [2] Other Attractions 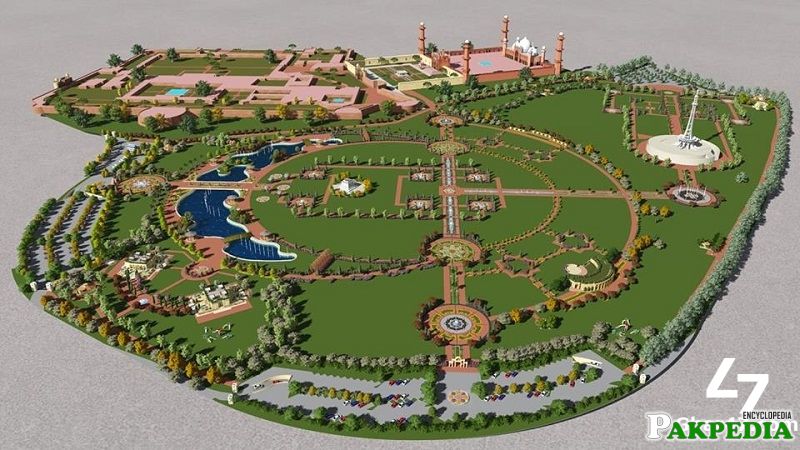 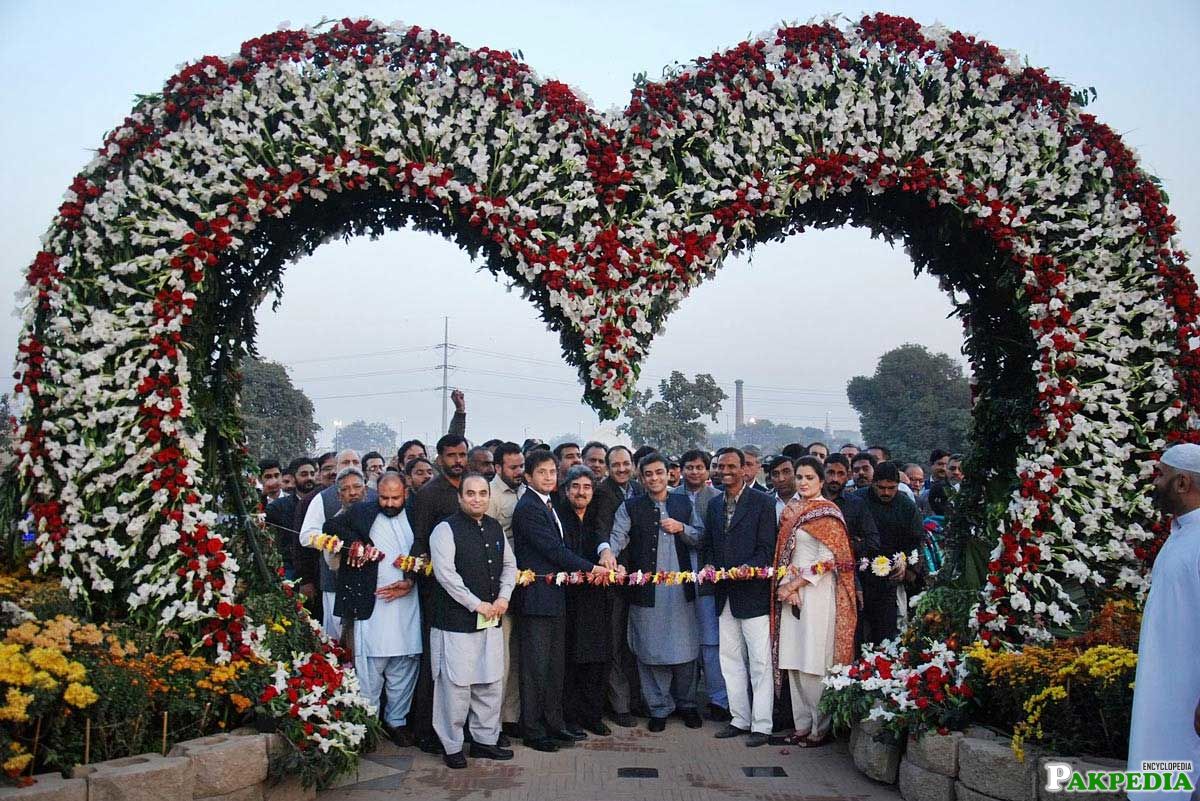 Prime minister Mohammad Nawaz Sharif inaugurated the Greater Iqbal Park in side of Minar-e-Pakistan. The park covering an area of 120 acres include a library, an open air-gym and a dancing fountain. Addressing at the inaugural ceremony, the prime minister said that there is no such place in the whole sub-continent. He said that Iqbal Park is the same place where the past is embracing with the future. “It means I am pointing at the Mausoleum of Allama Iqbal which is both our past and future. Iqbal not only gave us our destiny but he has guided us”. Nawaz Sharif further said that the past governments did not perform their duties on civilised basis nor they completed their responsibilities. He said that now the situation has been changed in three years during our tenure. [5] Inauguration Inauguration 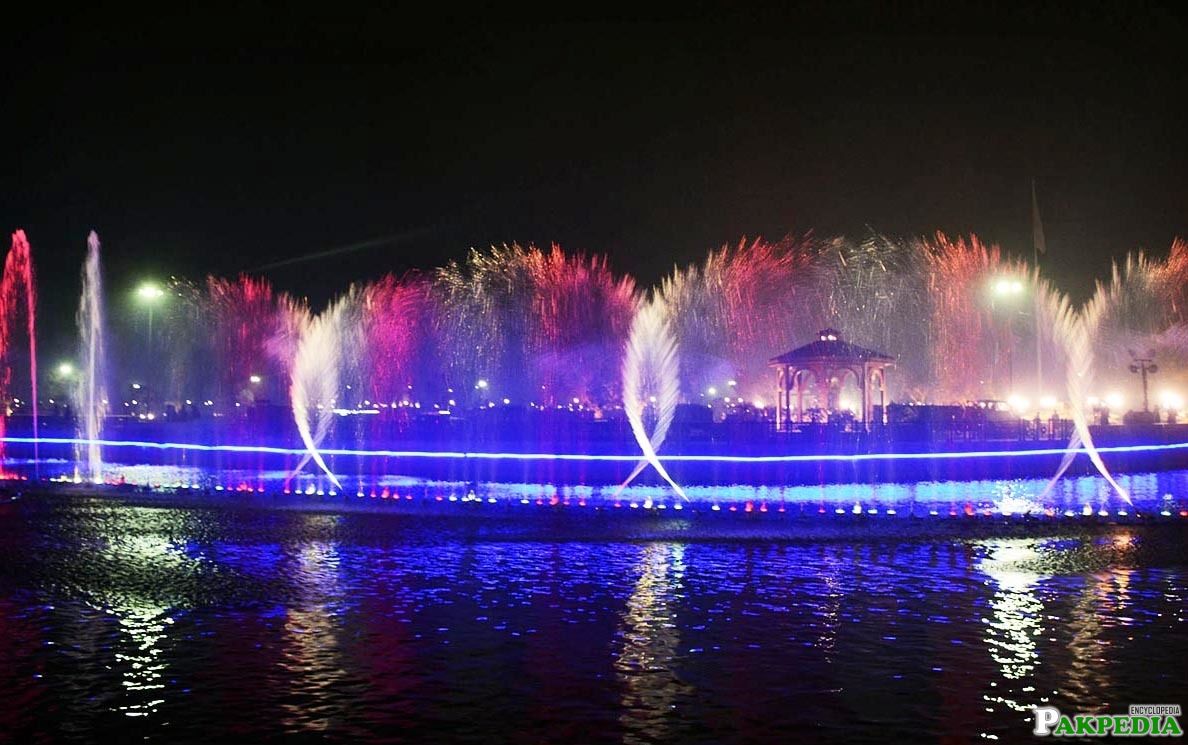 A water dance fountain has been opened in Lahore. It has become a recent attraction for the people of Lahore. It is situated in the Greater Iqbal Park. It is interesting to see how there are so many new things opening in Lahore. The dancing fountain is very famous in Dubai, Las Vegas and in many cities. The Greater Iqbal Park has been recently inaugurated for the public and it looks beautiful.The park is now open for public to visit. For the first time, the newly built Greater Iqbal Park also hosted the Chrysanthemum Flowers Show on Friday.The venue of show has been shifted from Jilani Park for the first time. Greater Iqbal Park also serves as a new place for citizens of Lahore to visit and hold picnics and enjoy the waterfalls, fountains and majestic scenes. Many visitors come to the park to take pictures of beautiful moving fountains installed with colour lights at Greater Iqbal Park. [6] Water Dance Fountain 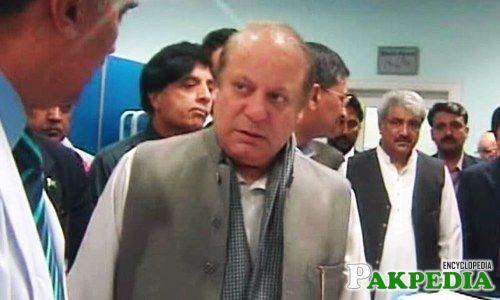 Prime Minister Nawaz Sharif, Punjab Chief Minister Shahbaz Sharif and Federal Interior Minister Chaudhry Nisar on Monday paid a visit to the injured admitted to Jinnah Hospital for treatment. PM Nawaz also chaired a meeting at Prime Minister House to review the security situation in Lahore. The prime minister was briefed on the attack by his security advisers, a PM Office statement said, adding: "Key decisions to respond to the situation were taken and directions were issued." A First-Information Report was lodged by the Counter-Terrorism Department Lahore against four suspects under Section 7 of the Anti-Terrorism Act and various sections of the Pakistan Penal Code. The FIR claims four suspicious individuals were stopped at the gate of the park, one of whom got into the park and blew himself up. The other three, taking advantage of the rush at the scene, were able to slip away, it says. The powerful blast ripped through a massively crowded area of the park adjacent to Gate 1 which houses swings, train and some other attractions for children. Witnesses said the crowd included a large number of Christian families celebrating Easter, Dawn Newspaper reported.

Every one might be familiar with many amazing and

Red Fort - also known as the Muzaffarabad Fort was