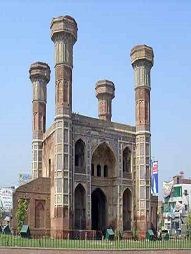 Chauburji is Mughal era monument in the city of Lahore, capital of the Pakistani province of Punjab. The Shah Jahan period monument previously acted as a gateway to a large garden, and was built in 1646 C.E.Lahore, the cultural capital of Pakistan, is one of the epicenters of architecture, particularly that belonging to the Mughal period. Historical monuments and buildings serve as visual reminders of the past. They bring the general public closer to the relics of various civilizations that had once existed in the pre-historic times. The historical pieces are like safe vaults carrying centuries old secret treasures. Not only do they connect people with their history and cultural heritage, they also give them a better understanding of where they hail from and how they should appropriately define themselves today.

Unfortunately, most of the monuments in Lahore are facing a host of issues ranging from human neglect, environment degradation to factors as aging and natural decay. Despite conservation efforts, the Department of Archaeology and Government of Pakistan have failed to preserve various monuments that possess sheer historical importance. 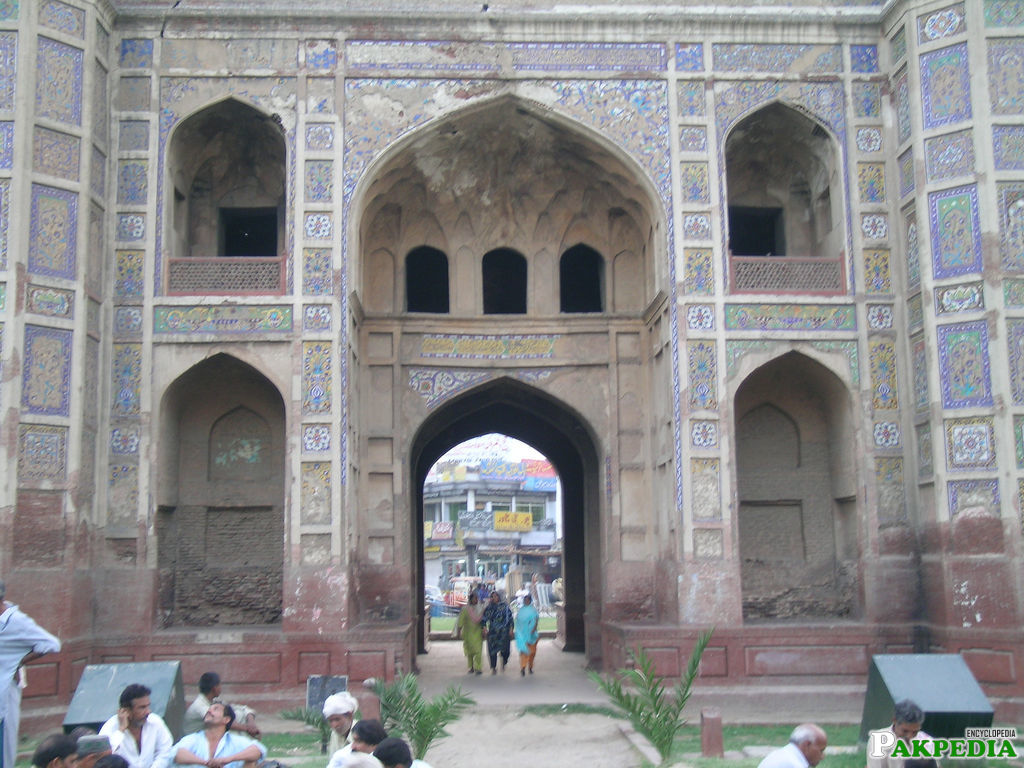 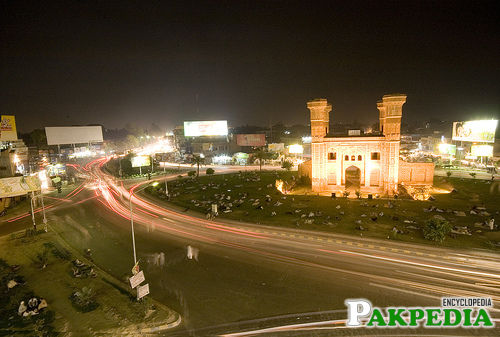 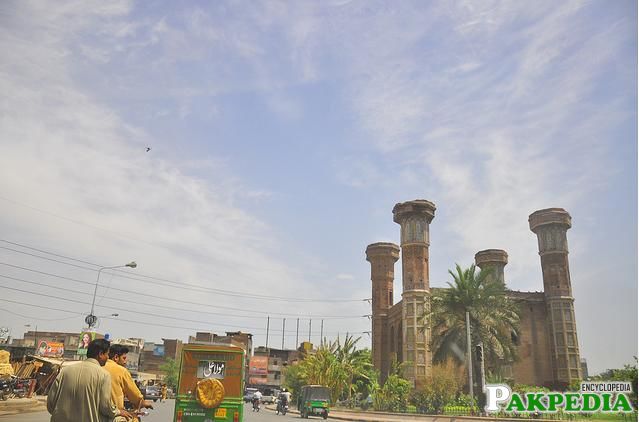 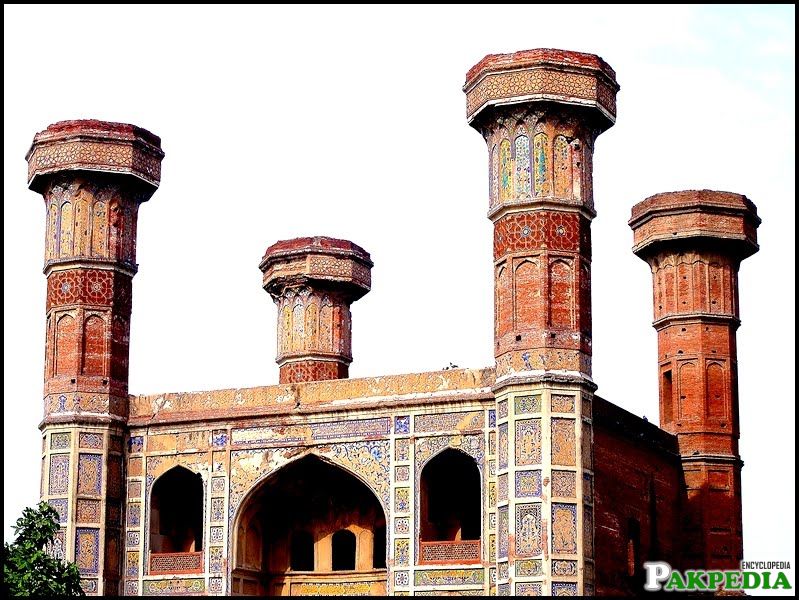 The ‘Chauburji Gate’ is the remnant of the Mughal era garden that once was at the intersection of the now Multan and Bhawalpur Road. It is an awe-inspiring architectural ruin for the art lovers of the Mughal architecture. 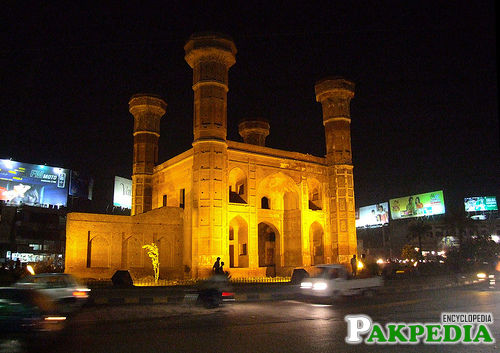 The Chauburji gate is the only remnant of a large garden that has all but disappeared. It now stands alone in a grassy roundabout at the intersection of Multan Road and Bhawalpur Road. There is considerable uncertainty regarding who constructed it. An inscription on the monument gives the date 1056 AH (1646) and attributes it to "Sahib-e-Zebinda Begam-e-Dauran". According to the 19th century historian Syad Muhammad Latif, the full inscription reads:

Regardless of the story's truth, Latif may not be correct in assuming that the "Zebinda Begam" inscribed on the Chauburji refers to Zeb-un-Nisa, the daughter of Emperor Aurangzeb. Zeb-un-Nisa was born in 1637, so it is unlikely that she was given command of sufficient resources to construct a garden at the age of eight. A better candidate is Zeb-un-Nisa's aunt, Jahan Ara Begam, one of Shah Jahan's daughters. The very word "Chauburji", meaning "Four Towers" in Urdu, is likely a modern term for what would have been merely a monumental gateway to the vast garden at the site in the Mughal era. Due to flooding and neglect, the garden may not have long survived its completion. By the 19th century the monument was somewhat dilapidated, having lost its northwest tower to an earthquake in 1846. In the 1960s the Department of Archaeology supervised the reconstruction of the destroyed tower and also restored the surviving parts of the monument.

Design of the Minarets

The design of the minarets with their distinctive flairing capitals is a stylistic variant found only in Lahore. This gateway, known as Chauburji because of its four lofty corner towers (chau=4 and burji=tower) dominates the surrounding landscape. Travelling south from the centre of the city, you will find it located at the centre of a roundabout formed at the junction of Multan Road and Bahawalpur Road (formerly Lake Road), and it is visible from some distance due to the large open ground in its vicinity. Chauburji The uppermost part of the building has a passage from the Holy Quran inscribed on it in Arabic letters of blue colour worked in porcelain and the kashi kari inscription at the top of the lofty aiwan gateway dates it to 1056 AH/1646 AD and attributes it to 'Sahib-e-Zebinda Begam-e-Dawran' (the one endowed with elegance, the lady of the age), who had bestowed the edifice upon Mian Bai.

Although Latif credits Zeb-un-Nisa Begam, daughter of Emperor Aurangzeb, with the construction of this structure, equating Zabinda with Zeb-un-Nisa, archaeologist Waliullah points out that Zeb-un-Nisa would have been only eight years old at the time, and that the builder of the monument is more likely to have been Jahan Ara Begam, aunt of Zeb-un-Nisa and daughter of Emperor Shah Jahan. If any one could claim to be 'the lady of the age', it would be Jahan Ara, the Begam Sahib or first lady of the empire. Waliullah reinforces his contention by pointing out the existence of Jahan Ara's garden, referred to by Aurangzeb in his letters addressed to her. According to the inscription, the garden, of which only the gateway Chauburji is now extant, was gifted to a Mian Bai. However, since the chronicles are silent about the identity of Mian Bai, Latif conjectures that she was a maid. On the other hand, Waliullah may be correct in his contention, that in the inscription 'Mian Bai' followed by 'Fakhrunnisa' or 'the pride of women' in the text, indicates 'a lady of status'.

With handsome proportions, the gateway was once "brilliantly enamelled and decorated with blue and green encaustic tiles and fresco of exquisite beauty." The extant kashi kari (tile mosaic) of Chauburji is among the finest examples of its kind. Although the monument has suffered loss of much of its decorative features and is but a shadow of the grand gateway it once was, it is an extremely impressive structure. Its octagonal corner towers, fully decorated with kashi kari rising above the roof, would have once carried pavilion-like belvederes affording uninterrupted view of the surrounding area.

During Aurangzeb's reign River Ravi floods were destructive to the garden, as to other parts of Lahore, forcing the emperor to order the construction of an eight kilometer dyke around the city. During the Sikh Period, the monument underwent destruction once again because of the rising Ravi waters. The top part of the northwest tower which had collapsed at the time was rebuilt in 1979.

The gateway's east and west facades are faced with grand and lofty Timurid aiwan entrance, rising to two storeys and flanked by smaller peshtaq alcoves on the two floors, an architectural mode often employed in Shahjahani gateways. There would have been at least one other gateway—jawab or echo—punctuating the centre of the opposite side of the garden, which the inscription records, was laid out "in the pattern of the garden of paradise." The porcelain mosaic which decorates the walls, though most of it has been chipped away, is of high quality. The outer walls are brilliantly enameled and decorated with blue and green encaustic tiles and frescoes of exquisite beauty. The motifs most used are those of willowy cypresses, bowls of fruit, and winding trellises.

This is why this area was known as Lodhar Wah.In 1