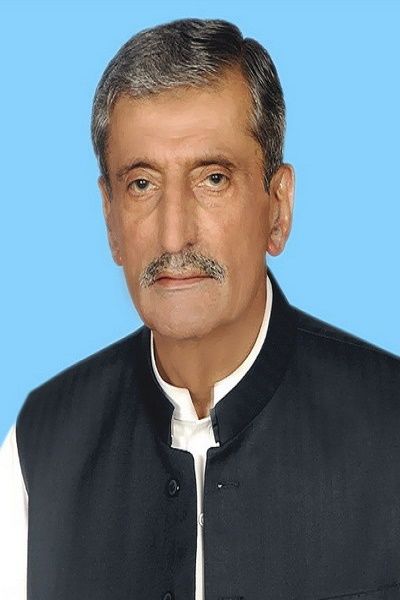 Ghulam Ahmad Bilour is a Pakistani politician who is currently a member of the National Assembly of Pakistan belonging to the Awami National Party. Previously he served as Federal Railways for Minister twice and Federal Minister for Local Government and Rural Development once. 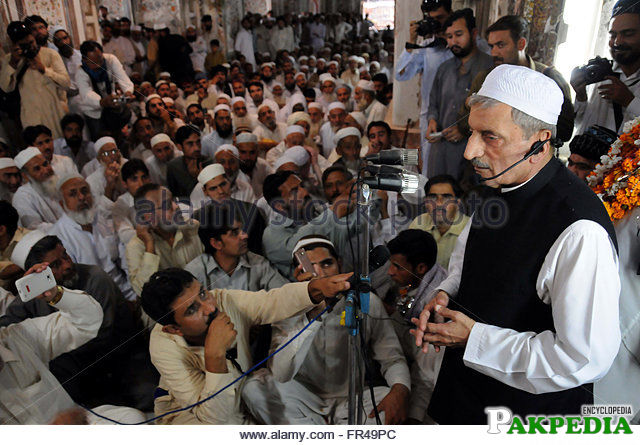 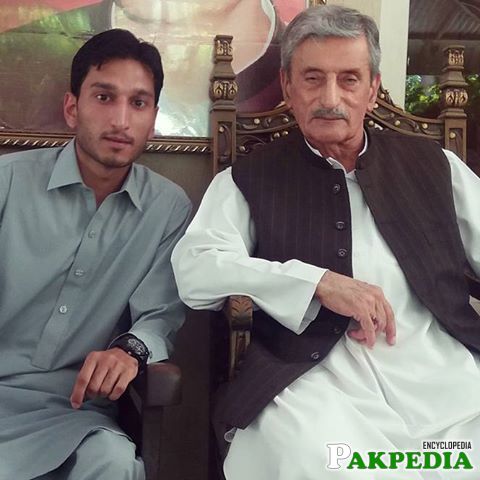 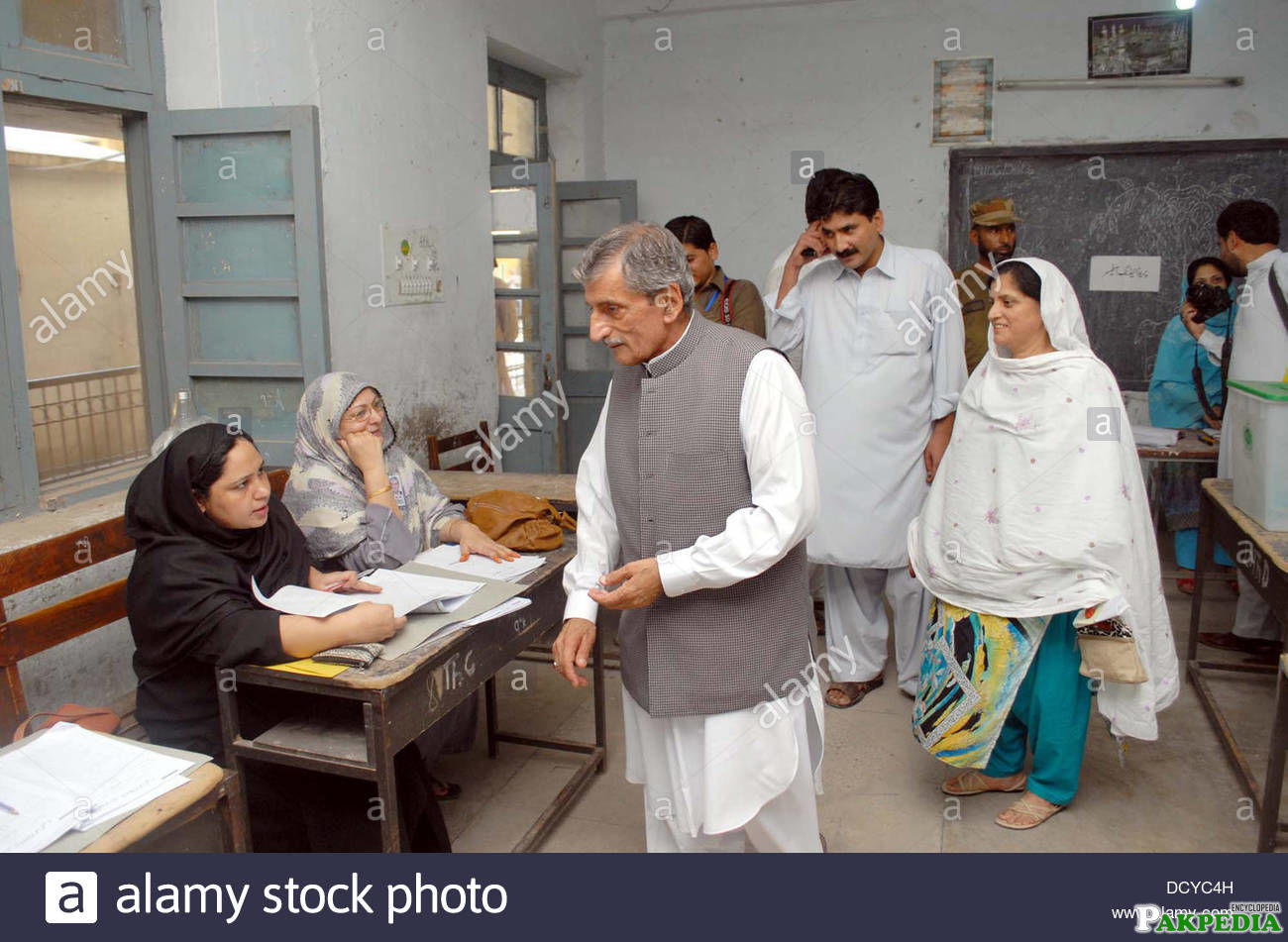 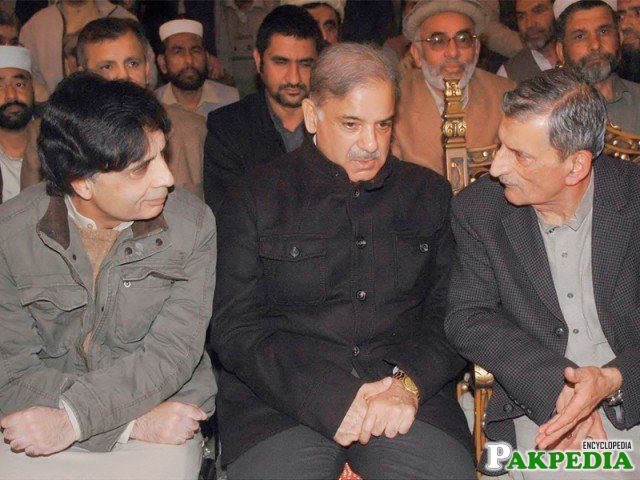 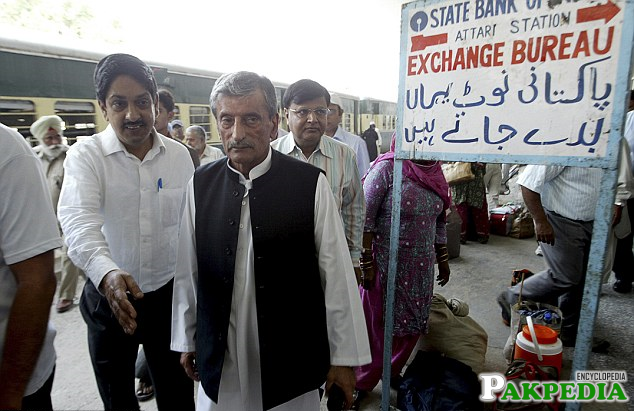 Haji Ghulam Ahmad Bilour (Born December 1939) is a senior vice President in the awami National Party (ANP) and present Federal minister of local government in Pakistan. a present and former two time Federal Minister in Pakistan, he has played a significant role in the aNP and its predecessor, the National awami Party. Bilour got his early education from the Khudad Model School and Islamia School Peshawar. He did his intermediate from Edwards College and got married soon afterwards. as a youth, Bilour participated in the election campaign of Fatima Jinnah. He, however, joined active politics from the platform of the awami National Party (ANP) in the 1970s and ever since has remained with the nationalist party.[2] Educational Track, Pakistanileaders 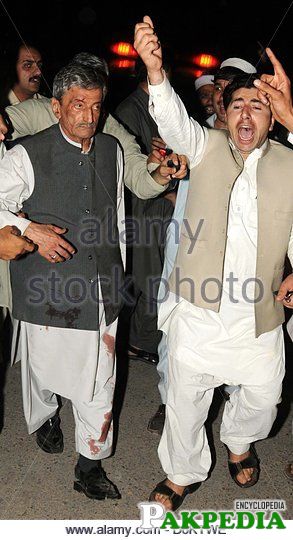 Bilour participated in the 1965 election campaign of Fatima Jinnah against Ayub Khan, and joined ANP in the 1970s. Bilour has participated in all the elections since 1988, except for the 2002 polls. His home constituency is in Peshawar and is notorious for being unpredictable. In 1988, he lost the seat to Aftab Ahmad Khan Sherpao (although he later won it in a by-election when Sherpao vacated it in his bid for chief ministership), won it in 1990 against Benazir Bhutto, lost in 1993 to PPP Zafar Ali Shah and won again in 1997. He did not contest in 2002 but once again won from NA-1 (Peshawar  I) in 2008 [3]political compain,The Dawn

Mr Bilour had originally announced the bounty in Sept 2012, when he was railways minister in the PPP-led coalition government, for anyone who would kill the maker of a video produced in the United States which included caricatures of the Prophet Muhammad (PBUH) considered blasphemous. But in his speech in the National Assembly, he said the heirs of the three men killed by French police  two of them who killed 12 people in the attack on the magazine, including the magazine editor and some cartoonists  were entitled to receive the bounty after their whereabouts were ascertained by the government of Pakistan. But he said he would not be content with this and would give $200,000 more as bounty to anyone who would finish off the owner of Charlie Hebdo. Nobody endorsed, neither did anyone oppose, the first outburst of its kind inside parliament and even Speaker Sardar Ayaz Sadiq made no objection.[4] Announcements he was also quoted in The TimesI also announce that if the Government hands this person over to me, my heart says I will finish him with my own hands and then they can hang me"[5] The Times

In 2008, after being elected from NA-1, Bilour was appointed federal minister for railways. He has faced severe criticism in this regard, as he steered the institution during what many have called its worst ever financial crisis, amidst widespread corruption allegations. The minister was also implicated in the corruption scandal. In 2011, Bilour was once again at the centre of a controversy after he placed a $100,000 bounty[6] scandle, The Dawn on the head of the producer of an anti-Islam film called Innocence of Muslims. He also sought the help of the Taliban and Al Qaeda in his noble cause. The minister statement received widespread criticism from around the world. The ANP distanced itself from the announcement, although decided not to take any action against him. [7] The Dawn,Bilours Contituency for the 2013 election, once again NA-1, is in the spotlight this time around as well, with the ANP heavyweight running against Pakistan Tehrik-i-Insaaf chief Imran Khan.
Disclaimer: As an encyclopedia, pakpedia.pk's articles contains shared information which has collected from different sources and people. We welcome everyone for corrections and updates, Thank you.