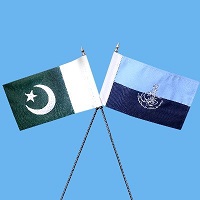 Federal Investigation Agency, also known as FIA, is an investigation agency of Pakistan that is responsible for counterintelligence, border control, criminal investigation, smuggling, terrorism, federal crimes, infringement, and espionage. It also performs worldwide operations with the cooperation of Interpol. The agency is tasked and controlled by the Interior Secretary of Pakistan.

The agency is formed on January 13, 1975, and is headed by Director-General. The headquarters of the Federal Investigation Agency is located in Islamabad. The motto of the agency is Truth and Honesty. There are a lot of offices and branches in all of the main cities in Pakistan. This article comprises all the information, including FIA History. 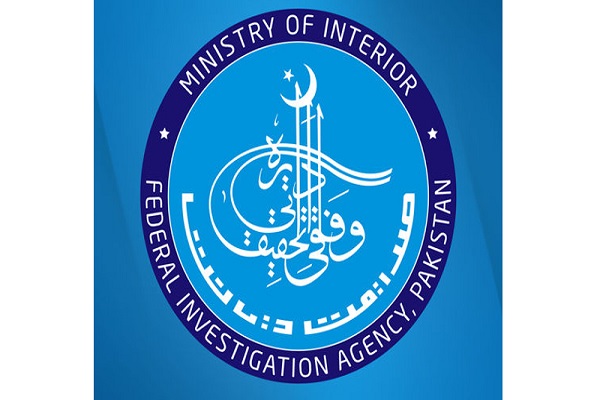 PSPE was given the responsibility of investigating cases under the acts of Official Secret 1923, Customs Act 1959, Passport Offenses 1952, and Foreign Exchange Regulation 1947. Prime Minister of Pakistan Zulfikar Ali Bhutto carried out Police Reforms after Pak – India war in 1971. FIA (Federal Investigation Agency) was established in 1975 after passing FIA Act 1974 by the parliament of Pakistan.

The scope of FIA was initially limited to civil corruption, passport issues, and tax bribery, but their role was expanded after initiating war by the Soviet Union in Afghanistan. The agents of the Federal Investigation Agency successfully solved the case of hijacking a Pakistani plane Boeing 720 CR, and traced Murtaza Bhutto in Syria while limiting the access of his group Al – Zulfikar Group.

It manipulated a drug case and put an end to the drug trade while arresting the head of the Gand dealers in 1985. From 1982 and onwards, they investigated Jam Saqi, who was the leader of the Pakistan Communist Party and helped the court in an investigation of their findings against Jam Saqi. In 1986, they helped in detaining a Libyan pilot who helped terrorists in hijacking Pan Am Flight 73.

Ex-Prime Minister of Pakistan Benazir Bhutto expanded the role of FIA similar to that of ISI in 1993. They started intelligence and investigating cases on an international level after the appointment of Rehman Malik as the Director-General of FIA. 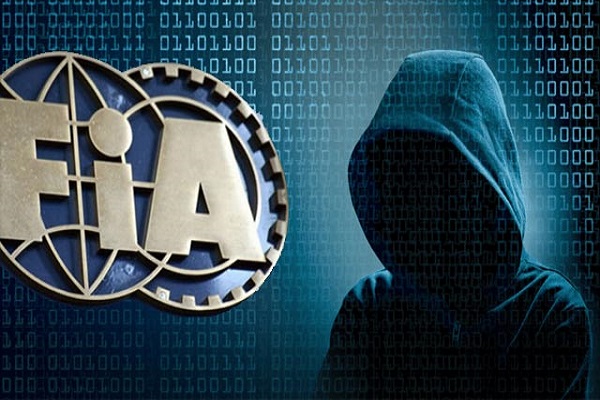 FIA worked in collaboration with the FBI to investigate the 1993 World Trade Center bombing and helped them to track Ramzi Yousaf in Pakistan, who was the mastermind after World Trade Center Bombing in 1993. In 1990 they jointly worked with the FBI against the masterminds of Al – Qaeda, Ramzi Yousaf, and Khalid Sheikh Mohammad while arresting Yousaf in 1995 and Mohammad in 2002 in Rawalpindi.

They gained world fame after many thriving operations against terrorism in 1996. Moreover, FIA launched its secret operation against terrorism which makes them parallel in competition with Inter-Services Intelligence. Furthermore, they investigated Sultan Mehmood for nuclear terrorism in 2001 and cleared the charges of Mehmood in 2002.

They established Counter-Terrorism-Wing and provided them special equipment of FBI along training under ATTP (Anti Terrorism Assistance Program). Afia Siddique, who was suspected of helping the Afghan Taliban, was tracked by them with the coordination of the FBI and arrested in Karachi. After the court’s decision, Afia was handed over to FIA for more investigation.

The protection of national interest and the defense of Pakistan is the main objective which includes the support of merit, ensuring responsibility, encouraging technological use, and providing training to achieve national interest.

It is headed by the Director-General, who is appointed by the interior ministry of Pakistan. The headquarter is located in Islamabad, where assistance is provided to the other provincial offices in Punjab, Khyber Pakhtunkhwa, Balochistan, and Sindh.

The heads in the provincial offices of the country are called directors who are assisted by the Director-General of the FIA headquarters. Furthermore, there are small wings which are headed by deputy directors and assisted by many other officers like inspectors and sub-inspectors, etc., to run the business of the Bureau. 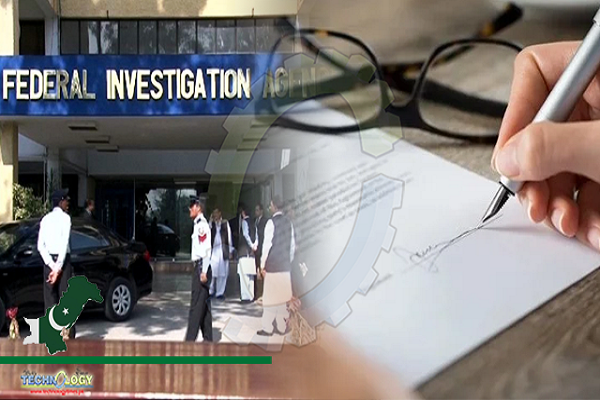 Federal Investigation Agency comprises ten departments that are accountable for investigation and other crimes with different precedence. Departments are given below.

Counter-Terrorism Wing is accountable for all kinds of terrorism attacks in Pakistan which includes cyber attacks, nuclear terrorism, electronic terrorism, chemical, and bioterrorism. CTW is responsible for avoiding such types of attacks and inform the Director-General about these types of attacks.

Economic Crime Wing takes care of the people’s rational property rights and terrorism related to the economy of Pakistan, which is the prime duty of ECW.

The responsibility of the Anti Corruption Wing is to combat and investigate corruption at all levels within the country. Investigating corruption and combating is the prime duty of ACW.

The main concern of the Technical Wing is to provide scientific and technical assistance to avoid technological crimes as well as to protect the country against espionage, counter-proliferation, intelligence, and counterintelligence of other countries.

The agency includes the Immigration Wing, which is accountable for resisting illegal migration of the people to Pakistan and to warfare illegal human interchange on the borders of Pakistan.

National Central Bureau is assigned with the duty to combat national or transnational criminal ventures and organizations with the help of US investigation agency, FBI, and Interpol globally.

The legal branch is responsible for protecting civil rights and granting lawful supervision in terms of operational and administrative issues.

Anti Trafficking Unit is accountable for avoiding aggressive offenses, defending trafficking victims, and guarantee the courage of human trafficking within the country. 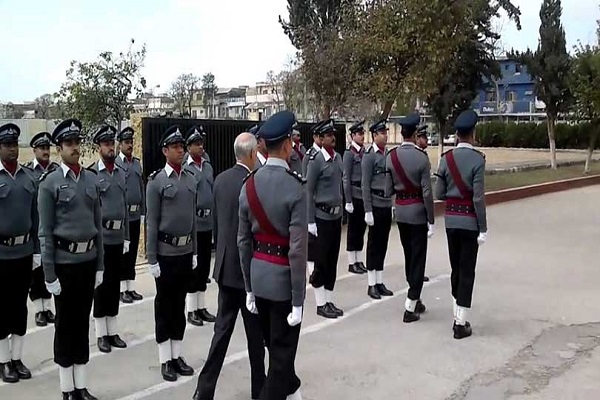 Ex-Prime Minister of Pakistan, Zulfikar Ali Bhutto, widened the scope and range of this agency within the country and internationally. Zulfikar Ali Bhutto ran many intelligence programs all over the world for the sake of procurement of technical papers and scientific proficiency in Manhattan Project’s Alsos Mission. IB and FIA were empowered, and their scope was increased globally during the 1970s.

They conducted one of history’s biggest intelligence investigations after attacks in the USA in 2001 and verified that the attackers are linked with Al – Qaida’s leader Osama Bin Laden. Federal Investigation Agency gained fame all over the world after investigating the 9/11 attacks in the United States of America, followed by another attack in 2001 in the USA. The efforts of both agencies were mentioned in a television series named “The Path to 9/11”.

Efforts were made against the violation of the copyright in 2001. In order to avoid copyright issues, the Copyright Ordinance 1962 was integrated into the offenses schedule of the Federal Investigation Agency. Furthermore, the largest video wholesale center in the country, The Rainbow Center, was raided under the command of the Interior ministry in 2005.

A spokesperson of IFPI (International Federation of Phonographic Industry) stated that the raid resulted in the sixty percent reduction of illegal sale of video materials in the center as well as the people started to sell mobiles and other electronic devices. 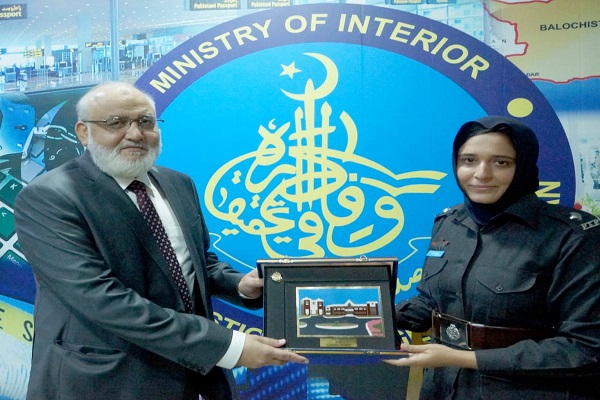 The PISCES system has been established at airports of Peshawar, Multan, Lahore, Islamabad, Quetta, and Karachi, which plays a main role in providing information of the suspect from agencies including Intelligence, Narcotics, Police Anti–Smuggling and Immigration. The system was initiated by the US government against terrorism under the program of TIP (Terrorism Interdiction Program) for improving watch-listing capability in Pakistan.

Different controversies started when the agency started secret operations against political parties in Pakistan. They are also said to be involved in secret operations against BLLF (Bonded Labour Liberation Front) in 1990. FBI is also said to be involved in targeting the leftist groups in Pakistan and undertaking intelligence against Pakistan’s Communist Party in the case of Jam Saqi.

The agency investigated the two wings of the Federal Investigation Agency following the order of the Ministry of Justice and arrested as well as dismissed five immigration agents of this agency who were involved in the case of human trafficking in 2005. 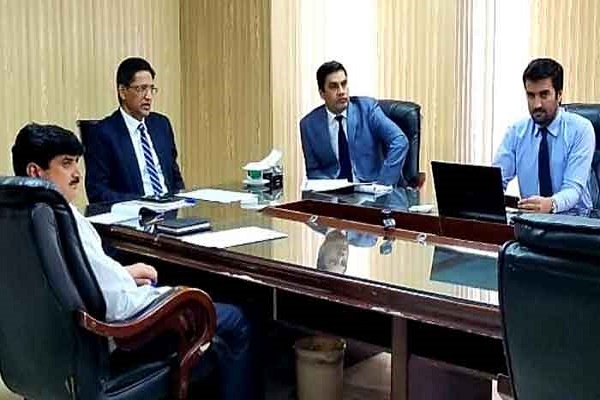 Embassy of South Korea in Pakistan