Pakistan Day, also known as Pakistan Resolution Day, Republic Day is a national holiday observed in Pakistan in memory of the Pakistan Resolution passed 23rd Mar 1940. And the adoption of the 1st Pakistani Constitution during a transition of ‘Dominion of Pakistan’ to ‘Islamic Republic of Pakistan’ on 23rd Mar 1956 made Pakistan 1st Islamic Republic of the world. Armed forces parade on this day as a part of celebrations.

This day is being celebrated with honor and pride throughout the country. This article depicts the importance of day by mentioning every detail, including Pakistan Day History.

This day is a celebration of the Lahore Resolution’s adoption by the All-India Muslim League at Minar-e-Pakistan. This resolution demanded an independent state consisting of provinces with most Muslims, i.e., North-Eastern and North-Western region of British-controlled regions in India on 23rd Mar 1940.

On 23rd Mar Resolution was Passed demanding a separate state for Indian Muslims. Since then, every year, this day is celebrated throughout Pakistan as a public holiday. Pak Army arranges a military parade on this day.

The All-India Muslim League arranged its annual session at Iqbal Park (old name Minto Park) that continued from 22nd Mar to 24th Mar 1940. Muslim League, supervised by Muhammad Ali Jinnah and founders of the nation, stated all notable differences between Muslims and Hindus and introduced the Lahore Resolution that demanded establishing a nation-state in South-Asia as Pakistan.

No constitutional schemes/strategies would be acceptable or workable to Muslims unless bordering terrestrial units are divided into areas that should be so established with such regional readjustments as necessary.

The regions having the majority of Muslims, such as Eastern and North-Western Indian zones, should be united to establish states having sovereign and autonomous constituent units. 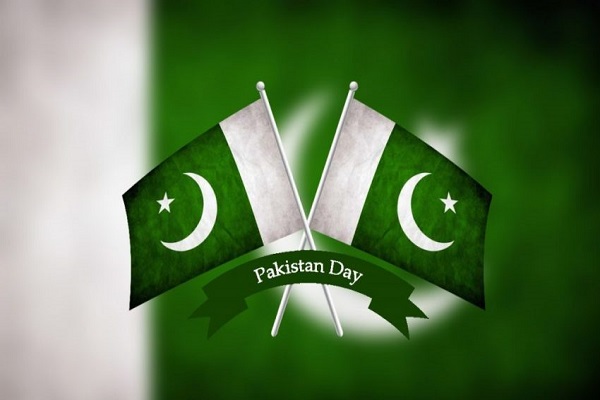 The British government announced its plan of dividing the Indian-subcontinent into two territories, Pakistan and India, on 3rd Jun 1947. On 14th Aug 1947, Pakistan was founded, and India emerged as a separate state on 15th Aug 1947. Pakistan’s founder Jinnah became its 1st Governor-General, and Liaquat Ali Khan was appointed as 1st PM of Pakistan.

The 1935 Indian Act gave a legal set-up for Pakistan that remain implemented until the state provided its Constitution in 1956.

The efforts and works by BPC (Basic Principles Committee) drafted a basic outline of Pakistan’s Constitution in 1949. After several modifications and deliberations, the 1st set of Pakistani Constitution was implemented in Pakistan on 23rd Mar 1956.

It made Pakistan’s successful and smooth transformation from ‘Dominion’ to ‘Islamic-Republic.’

President of the country replaced Governor-General as ceremonial chief of state. It was initially named ‘Republic Day,’ but when Ayub Khan took control of the country, it was named ‘Pakistan Day’ due to democracy’s end.

The primary celebrations are held in the capital city Islamabad. The President attends the celebrations as Chief Guest, PM, and cabinet ministers also attend the celebrations. The national flag of Pakistan is hoisted on governmental and public buildings. 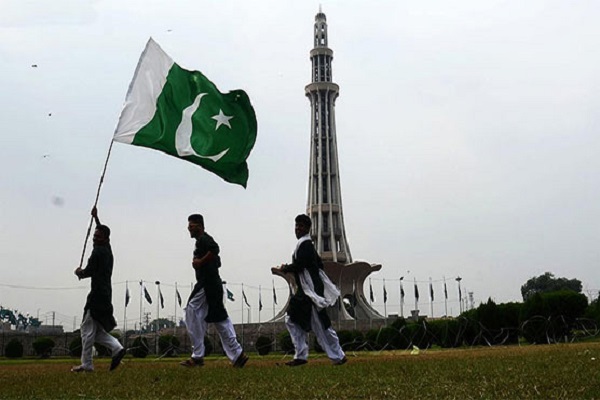 Pak Army rehearses military parade, and news media covers this parade and broadcasts it throughout the country. Pak Military Inter-Services also displays a glance of its capabilities and power during the parade.

The celebrations include a civilian and military parade in Islamabad. Pakistan’s President presides these parades that are held early morning. After Parade completion President awards medals and national awards on awardees at Aiwan-e-Sadar.

Families enjoy the holiday by visiting their relatives and friends. Brands announce sales on this day. Some people also decorate their houses with green and white lights and raise flags on their roofs.

On 23rd Mar, there is an official/public holiday in the country, and all businesses, educational institutes, post offices, banks, and government offices are closed. Public transport is limited and could be entirely unavailable on some routes. Many families visit fun and recreational spots that lead to traffic jams in big cities. National songs, debate competitions, and parties are featured the whole day. 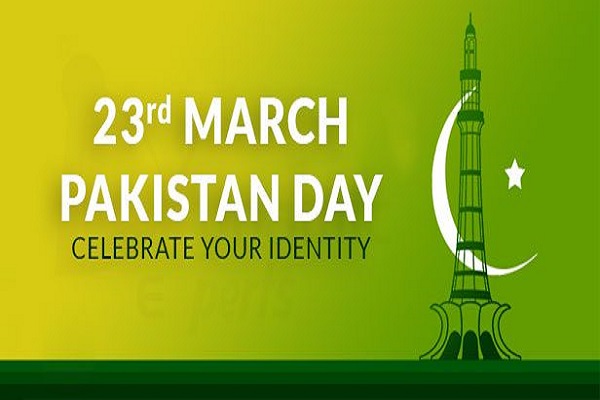 The writer of National Anthem

On 11th Aug 1947, the Pakistani flag was adopted. The Constituent Assembly that also worked as Pakistan’s 1st parliament approved the flag in a meeting. A designer Amir-ud-din Kidwa created the flag, and the design is influenced by the flag of AIML (All-India Muslim League).

The flag’s design features a white stripe on a green backdrop and a white moon having a star. The green backdrop depicts the Muslim majority, while the white strip represents religious minorities. The star and moon symbolize the essence of religion Islam. The flag known as Parcham-e-Sitara-o-Hilal is hoisted on several special days like Independence Day, 23rd March, and Republic Day.

White and green are the country’s official colors and represent peace, and prosperity respectively.