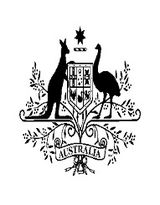 
Australian Embassy is located in Diplomatic Enclave, Islamabad, Pakistan. It was established in Karachi in 1948. The first High Commissioner of Pakistan was appointed in 1949. When Pakistan moved its embassy to Islamabad in 1966, Australian High Commissioner also moved its office to Islamabad. Currently, Dr Geoffrey Shaw is Ambassador of Australia to Pakistan. He was Appointed in 2019. Two consulates in Lahore and Karachi also represent the Australian government. This article has all the information about the Embassy, including the Australian Embassy in Pakistan. Trade between Pakistan and Australia has been growing day by day. In 2011, it was estimated that Pakistan’s exports to Australia had reached US$ 167 million and imports in the same period have reached US$ 437 million. Both countries have concluded to take the bilateral trade to US$ 1 million both in the public and private sectors. In 2012, the total trade between the two countries reached $870

After Pervez Musharraf’s visit to Australia, both the countries signed a pact to counter-terrorism in the region. Terrorism at that time was spreading as a global issue. It allowed Joint military training exercises between Pakistan and Australian security forces. They also agreed to share sensitive intelligence.

There was a South Asian version of NATO called SEATO. It was also called mutual defence pact. Since 2006, the two countries have held defence and security talks bilaterally. In 2010, 1.5 Security Dialogue was started between Australia and Pakistan. From both sides, it involved key figures and think-tankers. So far, they have mainly focused on training programs.

Twenty-one years ago, Dr Mehreen migrated to Sydney. She was the first Pakistani to be elected in the Parliament, and she is likewise the member of the Greens Party. Despite having a political career in Australia, Dr, Mahreen has shown great pride in her roots in Pakistan. Her family was part of the independence moment. In 2011, statistics by the Australian government were released. According to the Department of Immigration and Citizenship stated that there were 30221 Pakistani born people in Australia. From 2006, it increased by 77 per cent. The documents revealed that the largest number of Pakistanis resided in New South Wales. 13382 lived in New South Wales, Victoria had 9187, western Australia had 2521, and Queensland hosted 2357 Pakistanis. According to the Pakistani embassy in Australia has recorded several 70000 including the children as well.

Apart from the mandatory documents like Passport, CNIC, and other certificates, Australian authority also demands a polio certificate for those people who have spent more than 15 days In Pakistan, Afghanistan, Iraq, Israel, and Ethiopia. People from such countries are required to submit a polio vaccination certificate to ensure their health and others as well. The Visa office also demands of a biometric verification of 10 digit finger scan and Facial photograph.