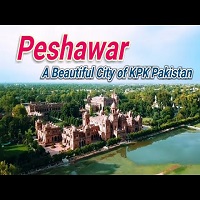 Peshawar is a district and capital of Khyber Pakhtunkhwa, Pakistan. It is located in the east of Islamabad (Capital of Pakistan) with 160 kilometres. The city is the headquarters of the district. The area of the district is about 485 square miles (1257 square kilometres).

The city is the 6th largest city of Pakistan comprising a population of 1970042 inhabitants. The region is ruled by about all of the rulers. Being the centre of Gandhara Civilization, it became the capital of Kanishka’s Kaushan Empire, followed by Hephthalites, Shahis, Mughals, and Durrani, Sikh and British. The article contains all the information about the city, including Peshawar History. 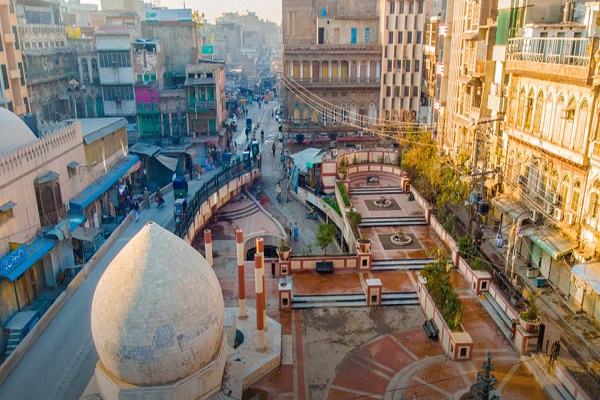 Peshawar was founded in Peshawar Valley, on the plane lands of Gandhara in 5 BCE. It was founded near Charsadda (Pushkalavati). The region came under the rule of Alexander the Great in 327 BCE followed by the Seleucid Empire.

The Iranic Parthian Kingdom then occupied Peshawar followed by the Indo Parthian Kingdom, Kujula, Kushan empires. Shapur I (Sasanid emperor) invaded the region and destroyed the monasteries and Buddhist monuments of Stupa in 260 century. The stupa of Kanishka was rebuilt in 460 century by White Huns and made of a super wooden structure.

In 1001, the Ghaznavid Emperor Sultan Mehmood Ghaznavi defeated Raja Jayapala’s army in Peshawar’s Battle. Sultan Shahab ud din Ghori occupied the region in 1179 and ruled till 1180. Mongols then came and destroyed the region.

The Pashtun tribes of Ghoryakhel such as Daudzai and Mohmands began to settle in Peshawar around 15th and 16th century. The many Mughal emperors rule the district during the 15th century. Emperor Babur occupied the region in 1526 followed by Humayun and Sher Shah Suri who took a start on Grand Trunk Road (G.T Road).

During the Mughal Empire, the region considered to be an important trading centre. The region remained under Mughal rule till Sikh invasion followed by Marathas who occupied the region in 1758, in Peshawar’s Battle. In 1886, the district was captured by the British Raj who established the region by connecting India with Pakistan through a railway track.

They built the Victoria Hall (Peshawar Museum in 1906. They build Edwards College in 1901 and Islamia College in 1913 century. British rulers ruled Peshawar till 1947, Independence of Pakistan.

The district is administratively divided into four tehsils which are given below. According to 2007 census of Pakistan, the district had a population of 1.97 million inhabitants.

Peshawar is connected with all major cities of Pakistan through National Highways and Railways while linked with the other countries through AirPort.

The region is linked with Islamabad, Rawalpindi, Karachi, Quetta and Khanewal through National Highway Motorway) while connected with the district’s regions through Grand Trunk Road, Peshawar Bus Rapid Transit (BRT) also links the other regions of this city.

The city is connected with Karachi, Rawalpindi, Baluchistan and Punjab through railway lines.

The district’s climate is hot and dry in summer season while there is a severe cold in winter. The summer season temperature varies from 25 to 37 degrees centigrade while the highest recorded temperature is 40 degrees Centigrade. Peshawar is home for many public and private educational institutions among which some are given below.

The district has agricultural land, and the major crops of the region are potato, tomato, rice, wheat, corn and chilli. The significant fruits of the region contain Mango, Banana, Grapes and Guava. The district also contains 29 per cent of forests.

Different games are played by people, including cricket, football, snooker, volleyball, table tennis, and the Olympics. Peshawar Panthers (Peshawar Zalmi) is the native cricket team of Peshawar who participates in every Pakistan Super League tournament. Some of the sports clubs and stadiums are given below.

Many Festivals are celebrated in the district including, Eid -ul- Fitr, Eid -ul- Adha, Basant, 14th August and many other marriage festivals.

There are many historical and exciting places, including Peshawar Zoo and Peshawar Museum. Some of them are given below. 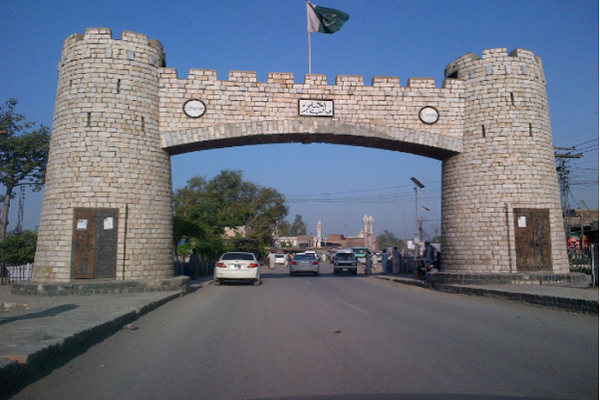