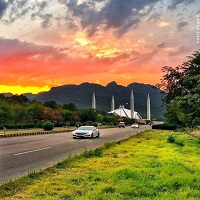 Faisal Mosque is the largest mosque of Pakistan which is located in Islamabad, near Margalla Hills. It was constructed in 1986 with a cost of 120 million dollars while it has the capacity of 300 thousand worshippers. It was constructed under a typical design of Bedouin Tent while consisting of eight sides of the shell made of concrete.

Furthermore, the mosque was constructed with the help of the Saudi Arabian King Shah Faisal’s grant of 28 million dollars. The construction of the mosque was designed by a Turkish Architect who is named Vedat Dalokay, and the mosque was covered a total area of 130 thousand square meters. This article comprises all the information about the mosque, including Faisal Mosque Location. 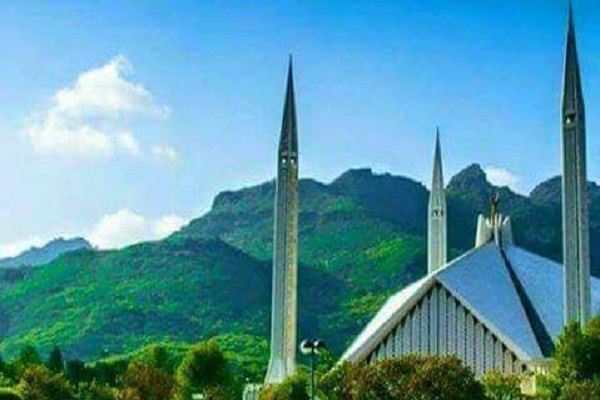 Faisal Masjid is located in the foothills of Margalla while having a number of roads for the transport system.

The mosque has covered a total area of 130 thousand square meters, making it the largest mosque in Pakistan.

The mosque was designed by a Turkish architect who used Vedat Dakolay design to give the look of the Arabian Bedouin tent to the mosque instead of designing simple domes. The design of the mosque included a prayer hall, courtyard, entrance, lecture hall, library, and minarets.

Faisal Mosque was inaugurated by the King of Saudi Arabia, King Khalid, in 1976, after the assassination of King Abdul Aziz. 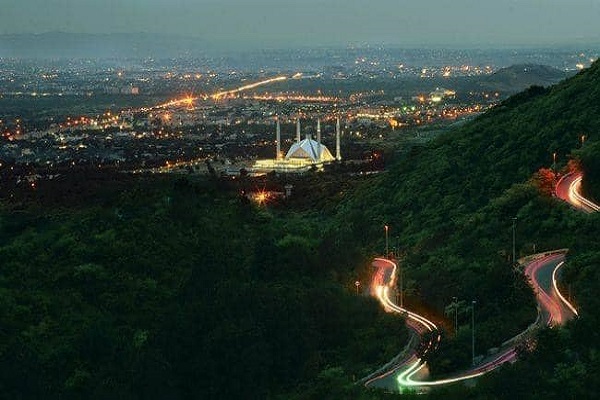 Construction was made possible after the visit of Saudi Arabian King Shah Faisal, who approved a grant of 28 million dollars in order to construct this Mosque. A competition was held between the architects of seventeen different countries. A total of 43 proposals were submitted for the construction of the mosque.

The Turkish architect won the competition by presenting his design which was approved by the government of Pakistan with a total cost of 120 million US Dollars. In 1975, King Faisal was assassinated, and Khalid became the King of Saudi Arabia who laid the foundation stone of the mosque in 1976. Furthermore, in 1978, he signed the agreement of construction.

Construction of the mosque included 260 feet high minarets, a prayer hall, the main entrance, study rooms, a lecture hall, a courtyard, and many more. It was built with a touch of Kaaba. The shape of the interior hall is covered with white marble. Calligraphy is written by these marbles by a Pakistani artist named Sadequain. Moreover, the construction included Museum, Lecture Hall, Library, and a Cafe.

The Faisal Mosque was constructed under the shape of 8 – sided concrete shell, which is inspired by Kaaba and the Arabian Desert Bedouin Tent.

There are a total of 4 minarets constructed in the corners of the mosque, which are 88 meters long. The inside portion of the minarets is designed with recitation. 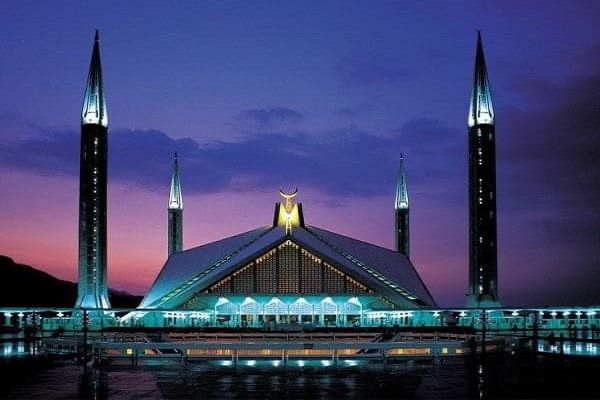 A prayer hall has been constructed for the worshippers to offer prayer. It has the capacity of 200 thousand worshippers. Thousands of Muslims visit Faisal Mosque to offer Eid Prayers. The hall of the prayer is supported by 4 girders of concrete.

The walls of the mosque are decorated with calligraphy and mosaic by a Pakistani artist named Sadequain. A number of the verses of the Qur’an have been written on the wall with the calligraphically written Kalima.

The architect was awarded Agha Khan Award for best Architecture due to his modern style design of the mosque. 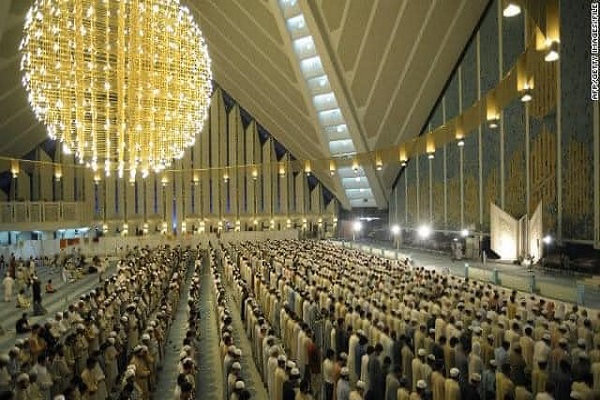 The mosque has been a center of the tourist’s interest due to its design, architecture, and beauty. Thousands of tourists visit the Mosque to see the modern style architectural design, which represents Islam, peace, and harmony. The mosque is providing fantastic scenery from Margalla Hills and The Centaurus. It will give you a historic touch upon visiting Faisal Mosque.