Eid ul Adha – عيد الأضحى The Festival of Sacrifice which occurs 70 days after Eid-al-Fitr. Eid ul-Adha is the second most important festival in the Muslim calendar. It is to remember the time when Prophet Abraham was going to sacrifice his own son to prove obedience to God and marks the end of the Hajj, the annual pilgrimage to Makkah (Mecca). It takes place on the 10th day of Dhul-Hijjah, the last month of the Islamic calendar.Eid-ul-Adha is a feast of the sacrifice. Unblemished animals are sacrificed in commemoration of the ram substituted by God when Abraham was commanded to sacrifice his son, Ishmael, as a test of faith. Only a portion, usually one-third, of this animal’s meat is to be consumed by the family offering the sacrifice. The rest should be given to others or to the poor as Eid gifts.[1] Eid-ul-Azha Eid-ul-Adha
Eid is generally greeted by saying two words that is ‘Eid Mubarak.’ These two words bring joy and excitement to kids and adults. Eid for kids is mostly for the gifts and Eid money called Eidee. Eid for kids is the time when the loved ones in the family such as parents and sibling exchange their Eid Gifts and Eidee . The joy and excitement gets doubled when the gifts are exchanged. 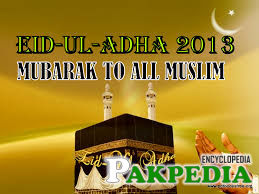 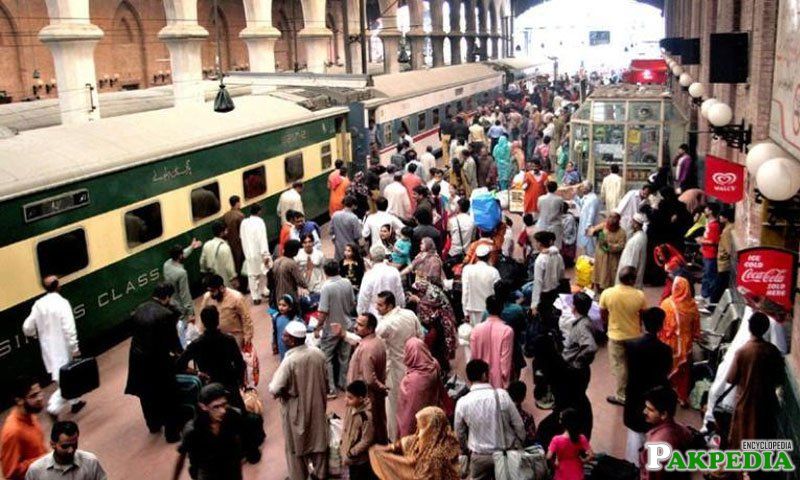 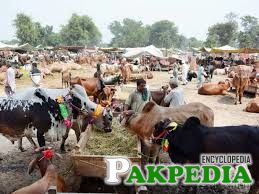 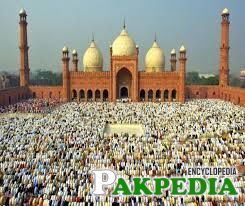 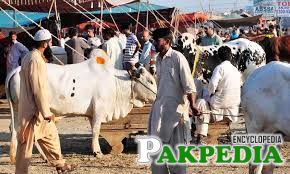 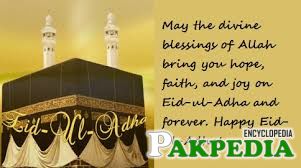 Eid is a festival of Muslims that is celebrated all over the world. Eid-ul-Adha is also known as the festival of sacrifice and sacrifice feast. Eid- ul- Adha is celebrated on the tenth day of Dhuj Hijja, the Islamic month according to the lunar Islamic calendar. Eid- ul- Adha accurs approximately seventy days after the end of Ramadan month.The festival of Eid- ul- Adha is celebrated in the remembrance of prophet Abraham’s readiness to forfeit Ishmael, his son for god. The story about this festival tells, how Abraham was ready to kill his son and remained true to God. The story tells, how Allah told Abraham, to lift up the foundation of Kaaba that was a holy place in Mecca.God also asked Abraham to sacrifice his son, in a dream. Abraham along with his son started moving towards Mina for the sacrifice.Some of the daemons tried to direct Abraham away from his way but Abraham was true to god and as he was just set to kill his son, God stopped him and gave him a sheep to sacrifice instead of sacrificing his son. This festival is thereby said to be a festival of sacrifice. Some people celebrate Eid-ul-azha because it ends the pilgrimage or Hajj for those Muslims who make a trip to Mecca each year.
Just like Eid- ul- Fitr, Eid- ul – Adha also commences with a small prayer followed by Khutba. The delivery of this Khutba is done from Mount Arafat in Mecca. It is assumed that Eid- ul- Adha should last for three days but some of the Islamic traditions think that Eid- ul- Fitr  last for three days and Eid- ul- Adha last for four days.
The first day of Eid- ul- Adha is a holiday and all the members of the family dress up in new and beautiful clothes to carry out the Eid- ul- Adha prayers (Salah) in large groups.On this day all the Muslims forfeit their domestic animals like sheep and goat representing Abraham’s forfeit. This forfeit made by Muslims is known as “Qurban”. Once the animal is sacrificed then the meat of the animal is distributed among the friends, relatives, neighbors and poor people. Muslims communities on this day take care that no poor and needy Muslim is missed out to provide the sacrificial food.Eid Ul Adha is known through several names all over the world like, “Kurban Bayrami” or “Sacrifice Feast”. In Singapore and Malaysia it is known as Hari Raya Haji. In West Africa it is known as Tabaski. In South East Asia it is known as Hari Raya Aidiladha Among Indians it is known as Id al-Adha or Idu’z Zuha. In Bangladesh it is known as either Eid-ul-Azha or Id al-Adha. One can see that this festival of Eid-Ul-Adha is known through so many names in different parts of the country but the spirit to celebrate this festival among all the Muslims remain the same irrespective of the location.[2] Eid-ul-Adha history of Eid-ul-Azha 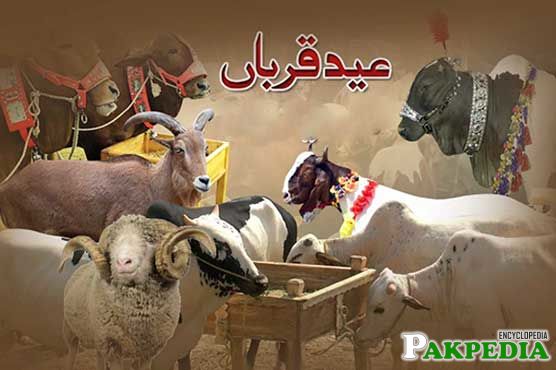 At Eid al-Adha, many Muslims make a special effort to pray and listen to a sermon at a mosque. They also wear new clothes, visit family members and friends and may symbolically sacrifice an animal in an act known as qurbani. This represents the animal that Ibrahim sacrificed in the place of his son.
In some traditionally Muslim countries, families or groups of families may purchase an animal known as udhiya, usually a goat or sheep, to sacrifice, but this is not common or legal in many parts of Australia, Canada, New Zealand, the United Kingdom, the United States or many other countries. In these countries, groups of people may purchase a whole carcass from a butcher or slaughterhouse and divide it amongst themselves or just buy generous portions of meat for a communal meal on Eid-al-Adha. People also give money to enable poorer members of their local community and around the world to eat a meat-based meal.
In the period around Eid al-Adha, many Muslims travel to Mecca and the surrounding area in Saudi Arabia to perform the Hajj pilgrimage. Package holidays are organized from many countries. Muslims may plan and save for many years to enable them to take part in this event, which is one of the five pillars of Islam.[3] What do people do ?

Ibrahim, known as Abraham in the Christian and Jewish traditions, was commanded by God to sacrifice his adult son. He obeyed and took Ishmael (Ismail or Ismael) to Mount Moriah. Just as he was to sacrifice his son, an angel stopped him and gave him a ram to sacrifice in place of his son. Some people dispute that the son of sacrifice was Isaac (Isḥāq). Regardless, these events are remembered and celebrated at Eid al-Adha.[4] Background of edi-ul-adha
The Islamic calendar is based on observations of the Moon and the length of a particular month can vary between years. For this reason, predicted dates of Eid al-Adha may be corrected at the start of the month of Dhul Hijja. This is around 10 days before the start of the festival. 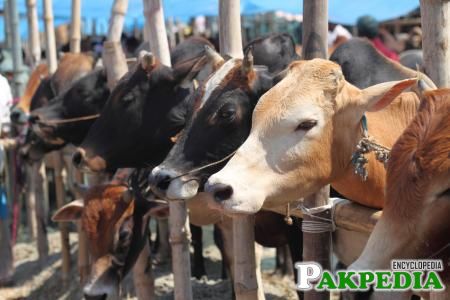 If one closely analysis the reasons why Muslims celebrate Eid-ul-Fitr with more joy and energy compared Eid-ul-Adha, then the major conclusion that one comes up with is the fact that the former Eid is preceded by the month of Ramadan in which Muslims pray and worship excessively, thus, when Eid comes they consider it their reward for all the prayers and worship hence give it more energy and spirit. On the other hand, because of lack of knowledge, Muslims don’t have any such motivation available to celebrate Eid-ul-Adha and they just opt for doing it with ordinary spirit. There are some hadiths of Prophet (PBUH) that encourage increased Ibadah during the first 10 days of Dhul-Hijjah, which if done gives the same spirit and motivation for celebration of Eid-ul-Adha as is for Eid-ul-Fitr .[5] Turn towards Ibadah

“There are no deeds as excellent as those done in these ten days.” They (the Companions) said, “Not even Jihad?” He said, “No not even Jihad except a man who goes forth endangering his life and wealth and does not return with anything.” (Bukhari)

From the hadith it is clear that compared to rest of the year, the good deeds committed in the first ten days of Dhul-Hijja have no match to any other day of the year. Therefore, a Muslim must increase Ibadah in these ten days, so that he or she gets the maximum possible reward and then as an expression of reward, one celebrates on Eid-ul-Adha.

“There are no other days that are as great as these in the sight of Allah, the Most Sublime. Nor are there any deeds more beloved to Allah then those that are done in these ten days. So increase in Tahlil (to say La Ilaha Illalah), takbir (to say Allahu Akbar) and Tahmid (to say Alhamdulillah).” (Tabrani)

Remembering The Sacrifice of Ibrahim AS

One of the major attractions of Eid-ul-Adha is the sacrifice of animal that takes place on the day of Eid. All the Muslims who are able to afford an animal for sacrifice do so on that day and all this is done in commemoration of the Sunnah of Prophet Ibrahim (AS).

The thing that can bring the spirit of celebration back for Eid-ul-Adha is Muslims realizing and relating with Hazrat Ibrahim (AS). He loved his son but when the order of Allah came he was willing to sacrifice his beloved son for Allah. All Allah wants from Muslims is to sacrifice an animal for Him, however, if Muslims buy this animal days before the day, then they could also develop affiliation with it and when it is to be sacrificed then they can have a very slight idea of what went through the mind and heart of Hazrat Ibrahim (AS). Thus, when such a feeling is developed in the heart of a Muslim, then he or she realizes the true purpose of Eid-ul-Adha and rightful celebration is done. The reason why the spirit for celebrating Eid-ul-Adha is not the same as for Eid-ul-Fitr is the lack of knowledge of Muslims about hadith and Sunnah of Prophet (PBUH). If Muslims know and understand the importance of the first ten days of Dul-Hijjah, they try to understanding the real meaning of sacrifice as experienced by Hazrat Ibrahim (AS) and if they study the Sunnah of Prophet Muhammad (PBUH) pertaining to Eid-ul-Adha celebrations, then they would surely develop the right spirit in which this particular Eid ought to be celebrated.

Eid al-Adha in the Gregorian calendar

The following list shows the official dates of Eid al-Adha for Saudi Arabia as announced by the Supreme Judicial Council. Future dates are estimated according to the Umm al-Qura calendar of Saudi Arabia.However, it should be noted that the Umm al-Qura is just a guide for planning purposes and not the absolute determinant or fixer of dates. Confirmations of actual dates by moon sighting are applied on the 29th day of the lunar month prior to Dhu al-Hijjah[7] Eid-ul-Azha date expected aljazeera.com to announce the specific dates for both Hajj rituals and the subsequent Eid festival. The three days after the listed date are also part of the festival. The time before the listed date the pilgrims visit the Mount Arafat and descend from it after sunrise of the listed day.
In many countries, the start of any lunar Hijri month varies based on the observation of new moon by local religious authorities, so the exact day of celebration varies by locality