By naveedkhanMarch 31, 2017No Comments7 Mins Read 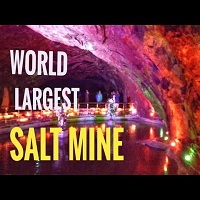 Khewra Salt Mine is an administrative sub-division of district Jehlum, Punjab. The coordinates of the Salt Range is 32’38’52.58 in the north and 73’00’30.22 in the east. The mine is located in the Salt Range of plateau Potohar and considered to be the second-largest salt mine in the world.

The mine is located about 160 kilometres far in the south of Islamabad, Pakistan. The type of salt is Rock salt. The mine covers an area of 110 square kilometres which is 228 meters deep containing eleven stories. The mine rises through the plain of Indo – Gangetic. Salt found in the mine is pink, white, red, transparent and 100 per cent pure. 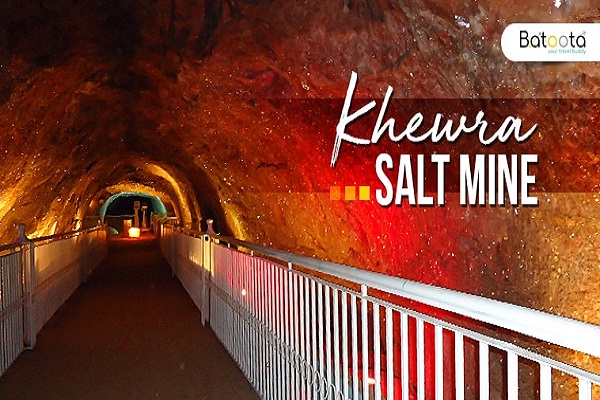 Khewra Salt Mine is also called Mayo Salt Mine and considered to be the second-largest salt mine in the world after Sifto Canadian Salt Mine. The Khewra Salt range was founded in 326 BC, when Alexander the Great came to Pakistan while conquering other parts of the world including Africa, Asia and Europe. They stopped at the place of Khewra for taking some rest.

The horses of Alexander’s army started licking the stones found at the place of Khewra. History writes that a soldier himself tasted the stones licking by horses and realized the salty taste of the stone and hence the Khewra Salt Range was discovered. After Alexander the Great, the salt from Khewra was traded all over the world by Mughals followed by Sikhs.

A Sikh commander, Hari Singh Nawla shared the salt range’s management with the Raja of Jammu Kashmir, Gulab Singh. During Sikh rule, the salt of Khewra was used for eating and a source of income. In 1872, after the decline of the Sikh empire, the British ruler occupied the salt range of Khewra and developed it to get better income.

The tunnel of the mine was too narrow and the movement of the labourers was dangerous and difficult. Furthermore, there was no facility for supplying water and storage of salt within the mine. British government developed the best plan for excavating salt. The development of the salt mine includes levelling of road and improving the tunnel, building a warehouse and providing a water facility.

A lot of workers including children and pregnant women were forced to work in the mine for many long hours. Many graves on the main gates of the mine were noticed by the visitors who died during working in the mine for British rulers. Moreover, different penalties were introduced by the British government in order to take control of the smuggling of salt. 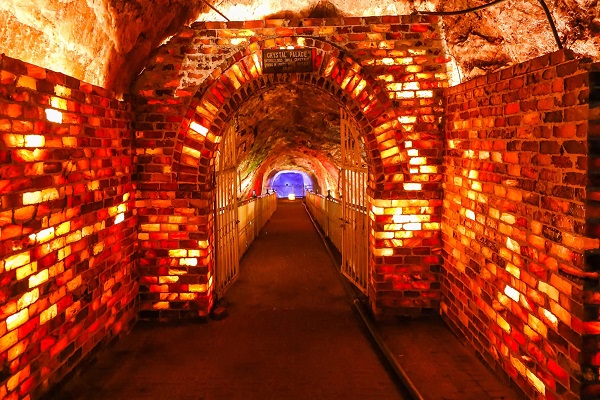 The total reserves of Khewra Mine are estimated from 90 to 650 million tons. It contains a huge amount of sulfates, potassium, magnesium, calcium, iron, moisture, zinc, chromium, copper, lead and manganese. The salt found in the mine is transparent, red, white or pink. The mine produced approximately 30 thousand tons annually during British Rule which increased to 188,000 tons annually.

The structure comprises 19 stories among which 11 stories are underground. The mine is excavated about 750 meters in the mountain and comprises a tunnel of forty kilometres. Excavation is done through the method of pillar and room. The average temperature inside the mine is 18 – 20 degrees centigrade and the temperature remains the same throughout the year.

The salt of Khewra is known as one of the best salt founded in Pakistan which is mostly used in cooking all over Pakistan. Moreover, it is used for bath salt of utensils and used as brine. It is also used in many industries for making ornamental things like statues, ashtrays, lamps and vases which are exported all over the world including the US, Europe and India. 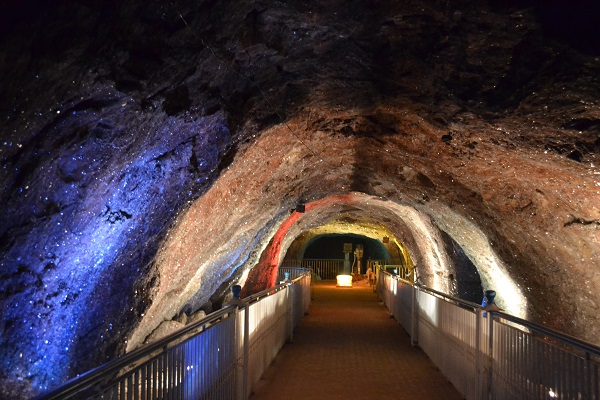 In 2007, a clinical ward was established for the treatment of respiratory diseases including Asthma through Salt Therapy with a total cost of ten million rupees.

There are many tourist attractions here and about 25 hundred thousand visitors come every year. Tourists are taken inside the mine through a 2 mm gauge railway track to see the most beautiful and attractive sites of the Khewra Salt Mine. Badshahi Mosque is the best tourist attraction inside the mine, made of coloured salt bricks about fifty years ago. Other sites include a copy of Minar -E- Pakistan, the name of Mohammad made of crystals in Urdu.

More attractive sites of Khewra mine include China Wall, Murree Mall Road, Pul -e- Saraat, An Assembly Hall, a cafe and Sheesh Mahal. Pul –e- Saraat is a bridge inside the mine, made up of salt crystals without pillars which is eighty feet above a pond.

In 1971 PMDC (Pakistan Mineral Development Corporation) built Mine Survey Institute at Khewra. Courses related to mining are provided to the miners. A post office in the salt mine has been built of salt bricks for workers. It is the only post office made up of salt bricks. Other Khewra projects include Khewra Woman College and Khewra High School. 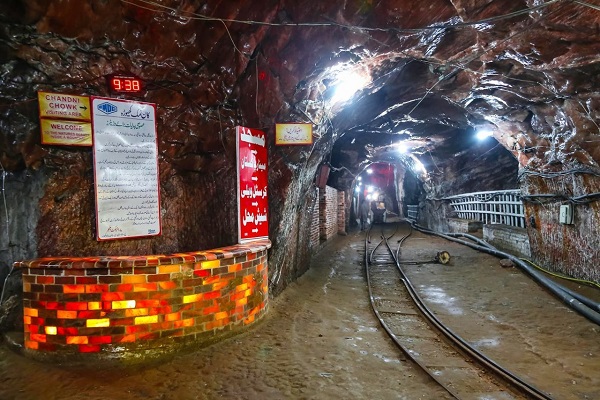 It is situated at a distance of 30 kilometres from the interchange of Lilla. Motorway (M2) is the shortest and fastest way for reaching Khewra mines.  National Highway 5 is also accessible through G.T Road. Two trains are providing travelling services to Khewra. A train reaches Khewra from Malakwal within one hour to Khewra Salt Mines.

Another train goes through Lala Musa to Khewra covering a distance of 27 kilometres. These trains provide services of travelling to Khewra six times a day. Visitors are facilitated through these trains.

Due to heavy rains in 2010, water from nearby sewerages entered the Mine due to which the administration had to close the mine and working hours which endangered the inner parts and main ways along exits of the mine. After some days the rainwater has been blocked from entering the mine and the mining has been started once again.