Minar-e-Pakistan is situated in Iqbal park Lahore, at the intersection of circular road and Multan road, surrounded by the modern park where people visit day and night, which includes mountains and artificial lake as well. Visitors can climb up stairs for a beautiful view of Lahore city and its surroundings.[1] Minar-e-pakistan Location
When you come to Lahore I suggest its first place that you want to visit, it very beautiful and huge tower depicting the memories of memorandum of Pakistan.[2]Minar-e-Pakistan summary 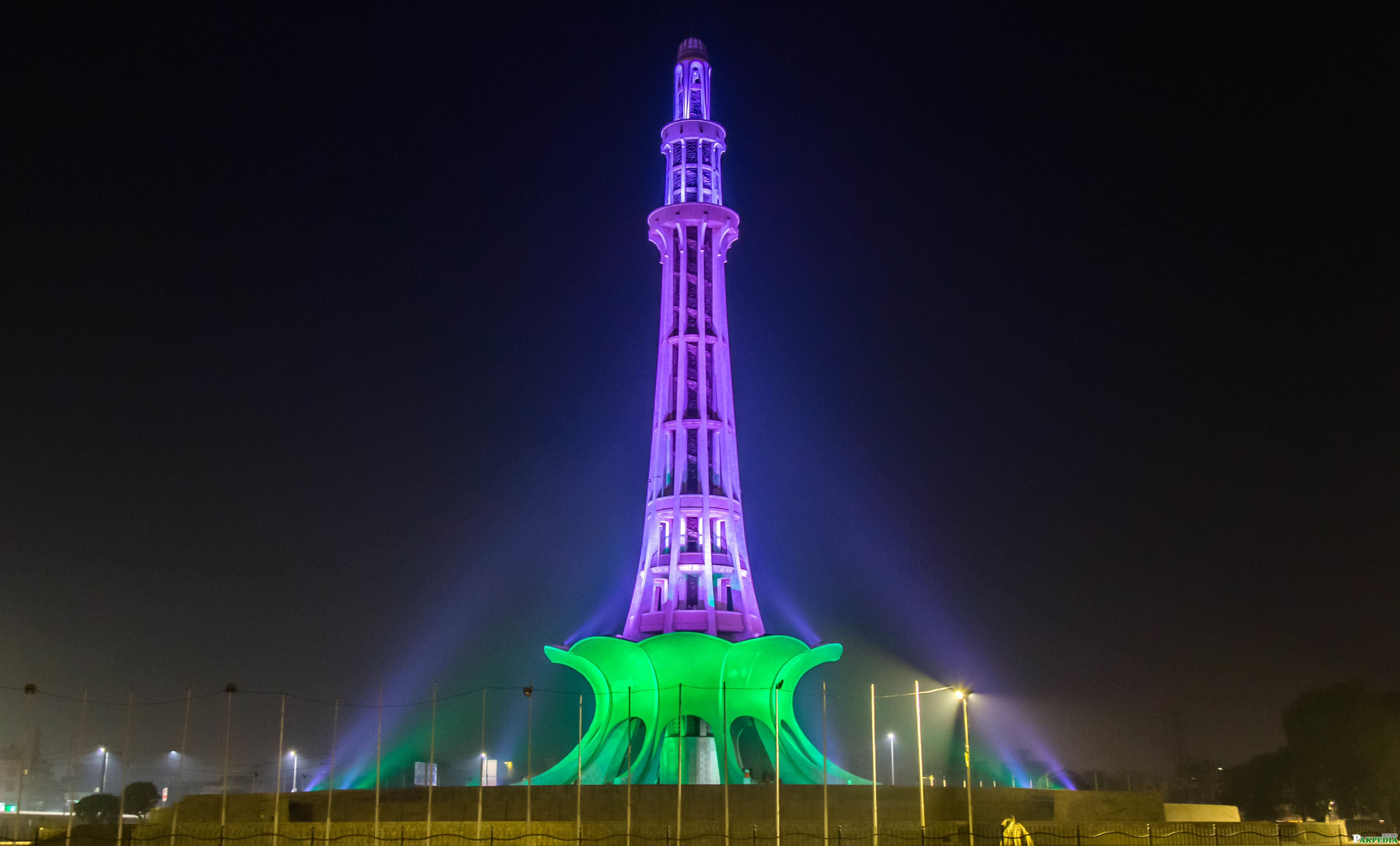 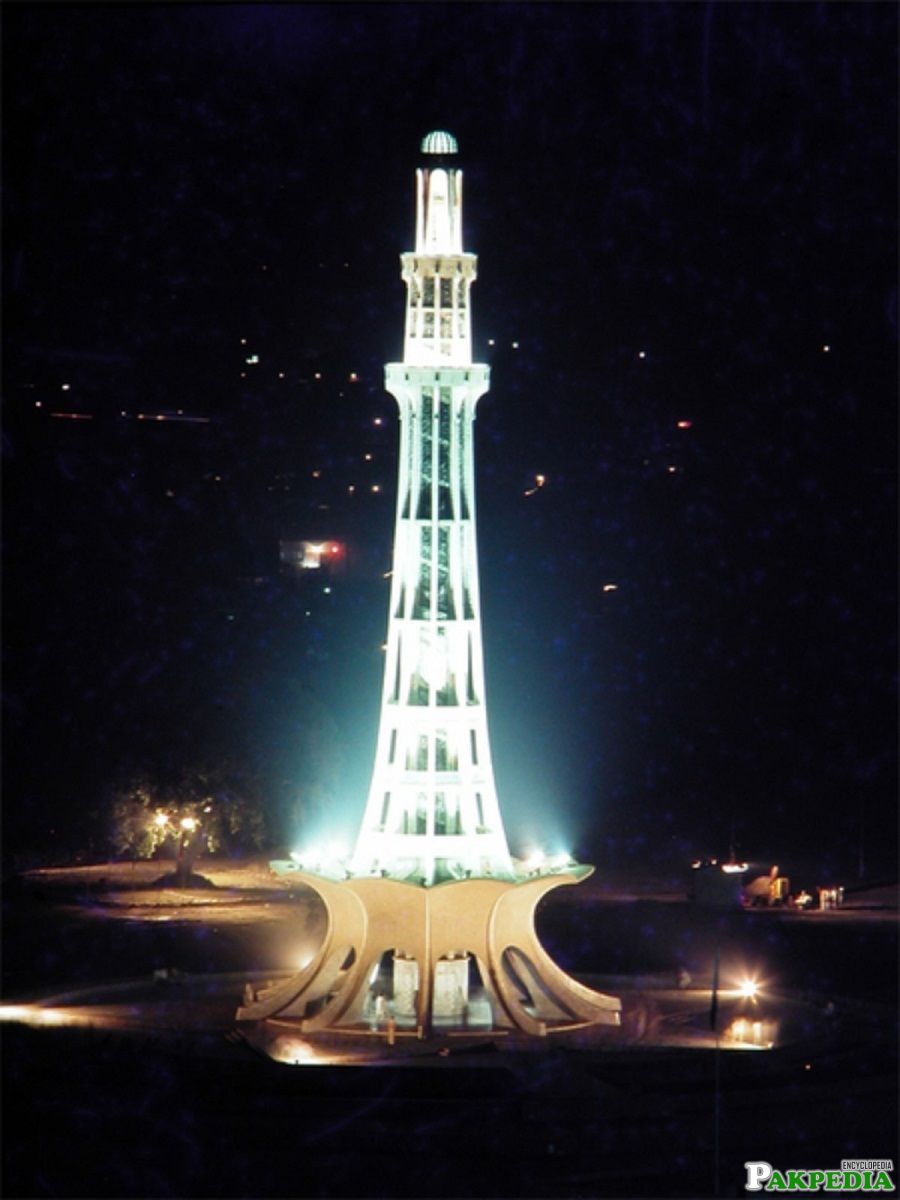 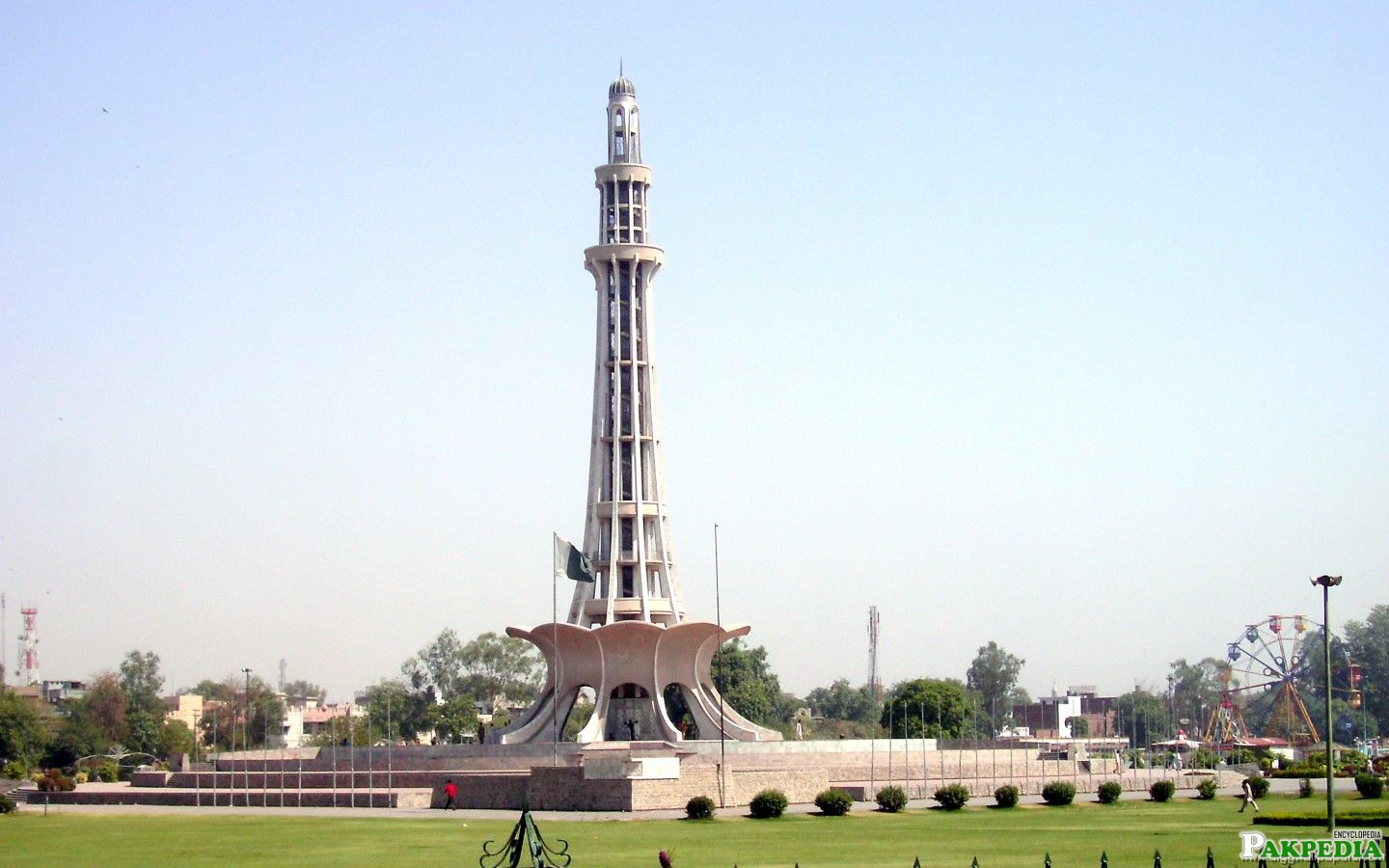 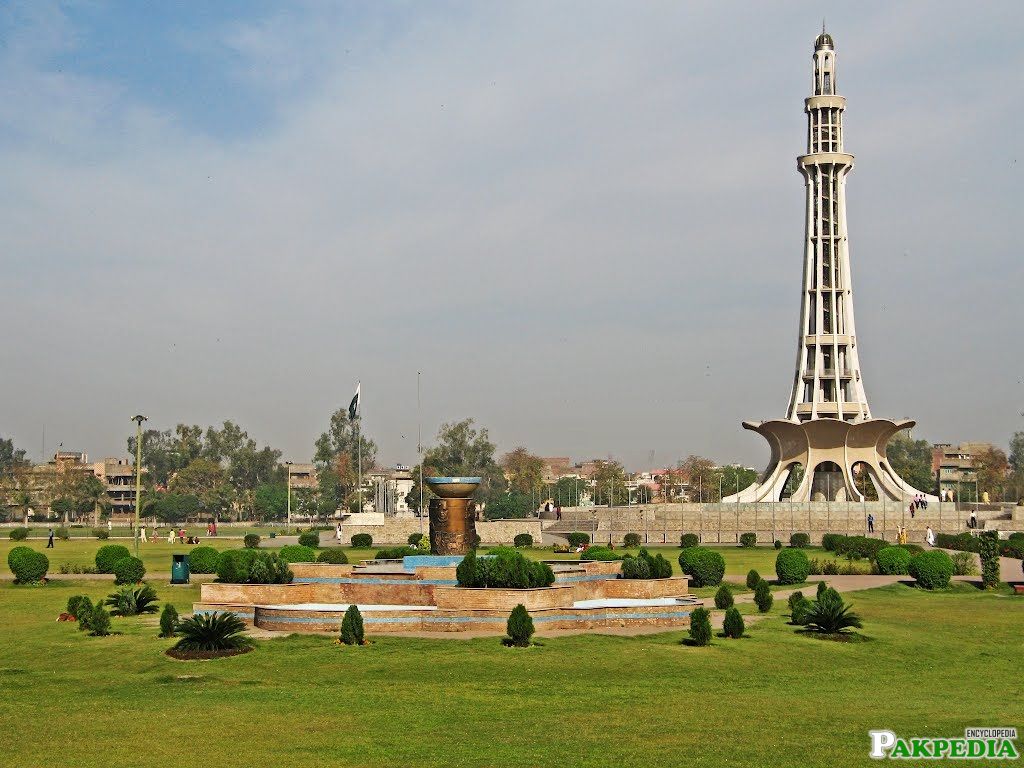 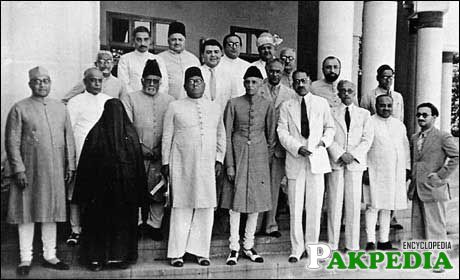 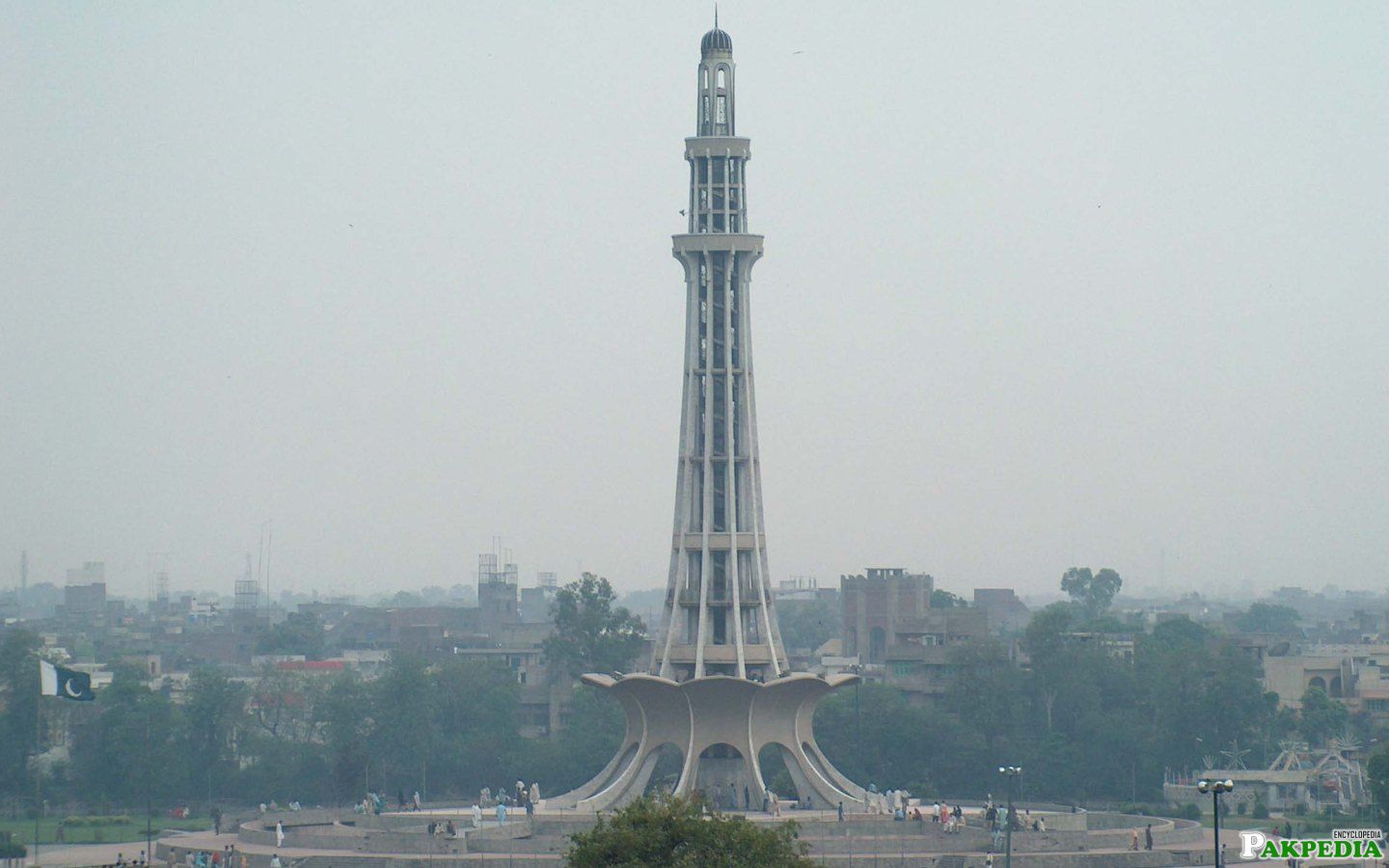 The tower reflects a blend of Mughal/Islamic and modern architecture.
The tower was designed and supervised by Nasreddin Murat-Khan an architect and engineer hailing from Daghistan The structural design was performed by Nasreddin Murat-Khan (a qualified engineer himself), assisted by Engineer Abdur Rehman Khan Niazi, who was working as Structural Design Engineer for Illeri N. Murat-Khan & Associates. Approved by the President, the design was built by Mian Abdul Khaliq and Company. The foundation stone was laid on 23 March 1960. Construction took eight years, and was completed on 31 October 1968 at an estimated cost of Rs 7,058,000. The money was collected by imposing an additional tax on cinema and horse racing tickets at the demand of Akhtar Hussain, governor of West Pakistan. Today, the minaret provides a panoramic view to visitors who can’t climb up the stairs or access the top by means of an elevator. The parks around the monument include marble fountains and an artificial lake[6] Minar-e-Pakistan Design 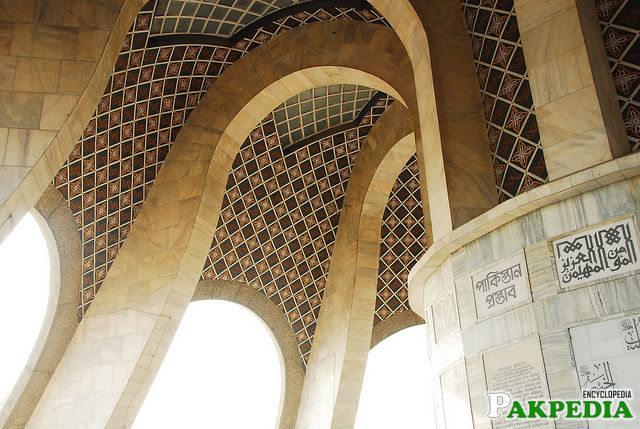 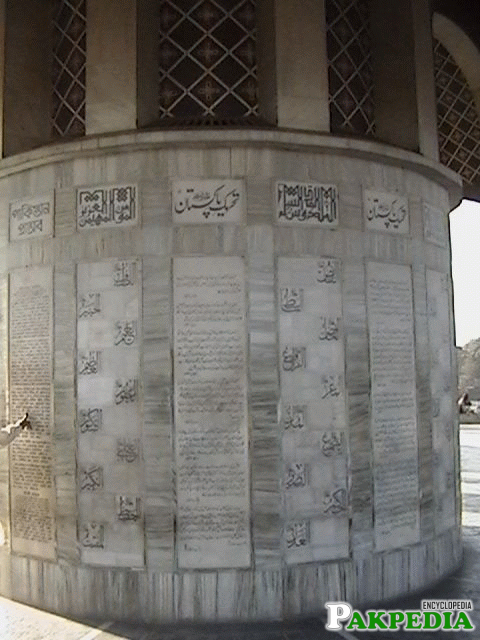 On the base, all around the Minar are ten marble slabs of seven feet tall and two feet in width, on with 99 names of Allah have been written. Other inscriptions include excerpts from the speeches of Mr. Muhammad Ali Jinnah, the founder of Pakistan related to ideology of Pakistan, in Urdu, Bengali and English, besides the National Anthem in Urdu and Bengali and a verse from Dr Allama Iqbal. Some Quranic verses (Surah Baqarah, Surah Al e Imran, Surah Myedah and Surah Ra’ad) have also been inscribed. On the main entrance “Allah o Akbar (Allah is the Greatest) and “Minar-e-Pakistan” are inscribed.
There are 324 stairs to go to the top, besides a lift. The first balcony is 30 feet high, second at 50 feet. There is a separate “Chabootra” about 12 feet high some distance away from the Minar, on which Quranic aya “Allah al mashriaq wal maghrab” is inscribed. The resting place of Hafeez Jalandhari, the writer of the national anthem of Pakistan, is also in the courtyard of the minar.[8] 99 Names of Allah

At the base, there are floral inscriptions on ten converging white marble Commemorative plaques. The inscriptions include the text of Lahore Resolution in Urdu, Bengali and English, and Delhi Resolution’s text, which was passed on 9 April 1946. On different plaques, Quran verses and 99 attributes of Allah are inscribed in Arabic calligraphy, whereas National Anthem of Pakistan in Urdu and Bengali, excerpts from the speeches of Muhammad Ali Jinnah, in Urdu, Bengali and English, along with few couplets of Allama Iqbal include the other important inscriptions[9] Minar-e-Pakistan Inscriptions

With the development of the city and location of Minar e Pakistan, air pollution from overcrowded traffic is continuously damaging the marble structure which is now in need of renovation. The top of  Minar e Pakistan has been closed to the public to deter suicides by people jumping from the top.
As of 2005, at least 26 people had committed suicide by jumping from the minaret. It is the responsibility of the public to take care of this great treasure and they should not use the monument for destructive purposes.[10]  Pollution around Minar e Pakistan

Depiction of Various Phases of Struggle 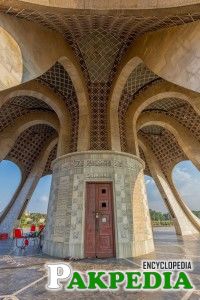 Concrete and steel is used from base to about 181 feet height whereas the top portion of the tower is built with stainless steel to evade corrosion. For the lower portion, coarse marble is used to indicate the initial rough days of the movement, while smooth marble is used on the walls and upper portion of the minar to depict gradual development and prosperity.[11]  Depiction of Various Phases of Struggle 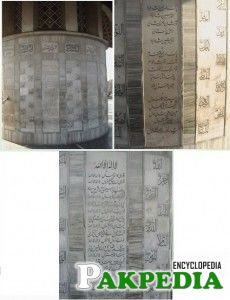 The base of the minar has ten marble slabs all around it. Each slab is seven feet tall and two feet wide, with 99 names of Allah written on them. Other inscriptions include National Anthem of Pakistan in Urdu and Bengali, excerpts from Muhammad Ali Jinnah’s speeches and a few couplets of Dr Allama Iqbal. Some Quranic verses from Surah Ra’ad, Surah Myedah, Surah Baqarah and Surah Al e Imran are also carved on these slabs. The main entrance of the tower bear inscriptions like Allah O Akbar and Minar-e-Pakistan.[12] Inscriptions in English, Urdu, Bengali and Arabic

Minar-e-Pakistan also known as “Tower of Pakistan” the location where tower is placed is called Iqbal Park.

It is built on the location where Pakistan resolution was passed.Every visitor who visits Lahore first time would like to visit Minar-e-Pakistan.

The money was collected by imposing an additional tax on cinema and horse racing tickets at the demand of Akhtar Hussain, Governer of West Pakistan.

Minar-e-Pakistan is a unique kind of place.It is a combination of Islam and Pakistan cultural combination.

You can climb the Minar though elevator or stairs.Base is built like a flower shape.There is also a big park around the Minar.

The park around the monument include marble fountains and an artificial lake.

Other main building near it is Badshahi Mosque, Shahi Qila and Allama Iqbal Tomb.

Minar-e-Pakistan has always served as the location a number of political protests and rallies including recently those arrange by PTI.[13] 10 Interesting Facts About Minar-e-Pakistan 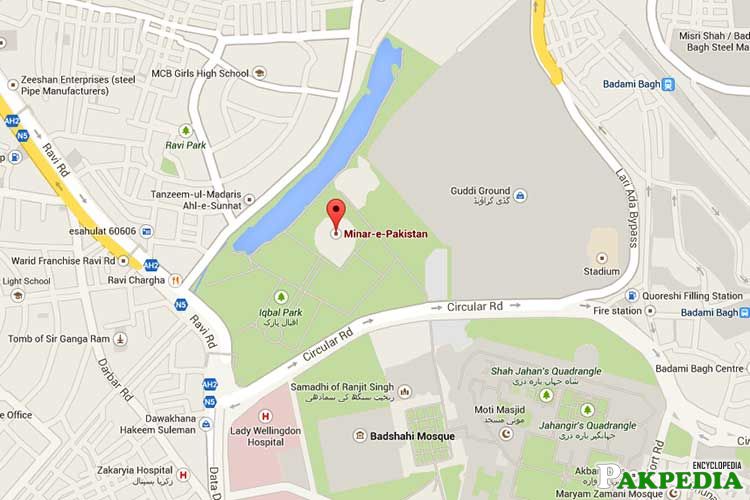