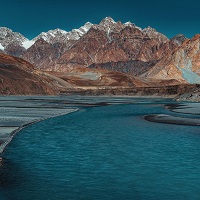 Hunza River is the major river of Gilgit Baltistan, Hunza which is formed through the convergence of Khunjerab and Chapursan gorges. The water of the river comes from the glaciers of Karakoram ranges flows through Hunza, Gilgit, Naltar River, and finally falls into the River Indus. The river is now dammed due to parting the route.

The river cut at Karakoram Range and flows from the north towards the south. The Karakoram Highway passes through the river and a bridge under the name of Karakoram Highway Bridge is built by the government for local transportation. Now the highway is blocked at the river due to sliding and boats are offering transport/ River Passing Service.

Furthermore, it is one of the most attractive places in Pakistan where tourists visit to see the beauty of the region. Moreover, a number of bridges are made on the river everywhere in order to facilitate the people of the region. The article contains all the information including the Hunza River Location. 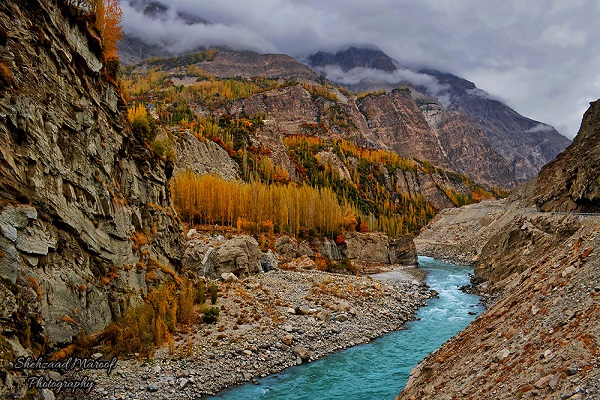 The river is formed from the water of hundred kilometers long glacier of Karakoram Range while passing through the villages of Nagar Hopar and fall into the River Hunza in Hunza Valley.

At Khanjerab, the river is converged to another lake due to land sliding in the area and the highway is also blocked due to this disaster. The water of the river goes through Hunza, Gilgit River, Naltar River, and finally, falls into the River Indus.

It is located in Hunza Valley, Gilgit Baltistan and the coordinates of the river are 35’55’ in the north while 74’22’ in the east.

There are many ways of transportation as a National Highway is build upon River Hunza which is recently blocked due to a land sliding disaster. Minor roads and hanging bridges are available on the river for transportation service.

Furthermore, there are many types of vehicles available for rent that offers the best traveling services which include Jeeps, Prado, Land Cruiser, and many others. Boats on the river also offer services to visitors and tourists. The River Khunjerab forms due to glaciers on the mountains in south and north of Khunjerab Pass which flows through Hunza and joined Hunza River at Hunza Valley. A forty-nine – kilometers long northern glacier on Karakoram Mountains forms the Hispar River which flows through many areas and falls into the river in the valley.

Furthermore, the glaciers of Kilik and Mintaka form the Misgar River and flows southeast. It joins the Khunjerab River and finally falls into Hunza. Moreover, at Chilanji pass, River Chapursan is formed by the glaciers and connects with River Khunjerab at the place of Khuda Abad and finally joins Hunza River.

Contribution of the river

The water of the river is used by the people of the region for drinking and irrigating the crops. A dam is also made on the river along with a grid station which contributes to providing electric facility to the people to some extent.

There are a total of 3 lakes situated in Hunza and the river shares the water with these lakes including the following. 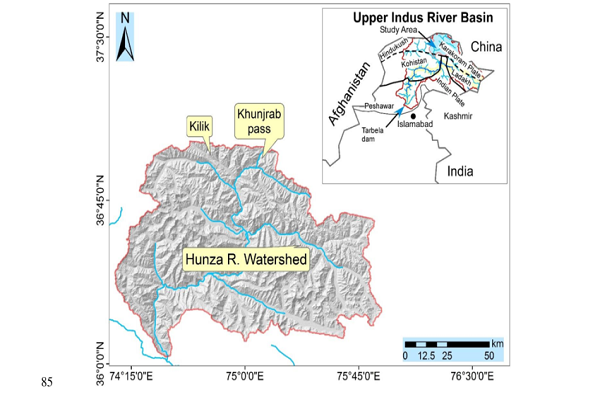 The beauty of this Valley depends on the river as it facilitates the valley with water for its human and animals as well as trees and beautiful sceneries of flowers and flowing pure water. Furthermore, there are many mountains covered greenery like Pumari Chish, Shispare, Kanjut Sar, Batura, Momhil Sar, Muchu Chish, and Distaghil Sar.

These mountains range 7000 feet while the top heightened mountain of Hunza is Rakaposhi with a height of 7789 meters followed by Utar Sar, Ghenta Peak, Sapantik, Bojahagur Duanasir, Hunza Peak Bublimating, and Diran Peak.

Moreover, Hunza is also a place of ancient Baltit Fort, Ganish’s Watch Tower as well as Altit Fort. Baltit Fort is located on the top of Karimabad while Altit Fort is situated at the end of the valley.

There are limited facilities in Hunza which including guest camps, roads, Coffee shops, hotels, and the facility of medical services. Mechanics are also available if there any problem occurs in vehicles.

In Attabad, a village of Hunza, a landslide occurred, while killing twenty people and destroying a number of homes. It also blocked the River and damaged the pass of the national highway which affected transportation.

Boats were brought out for passing vehicles and people through the river and a lake is excavated in order to give way to the water of the blocked river. The lake was called Gojal Lake or Attabad Lake and it is 30 km long and four hundred feet deep. It was excavated as a backup for river. 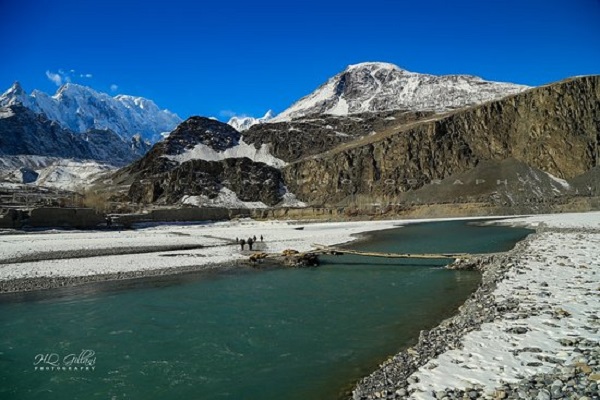