By maryumtanweerMarch 5, 2017No Comments6 Mins Read 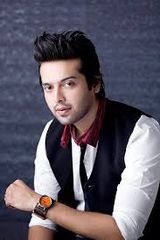 
Fahad Mustafa is a handsome and multi-faceted Pakistani actor, Producer, and Host who is ruling the screens with his charismatic personality and his unstoppable charm. He is a son of a Pakistani actor Salahuddin Tunio. Fahad is known for hosting a game show on ARY Digital. This article contains all the information about Fahad, including Fahad Mustafa Biography, Fahad Mustafa Family, and Fahad Mustafa Dramas. Fahad is one of the superstars of the Pakistani Film and Television industry who never fails to impress the audience with his adaptability in every performance. Despite being a son of an actor, whatever Fahad has achieved today is through his exacting, consistency, and determination. He is an adaptable actor, a successful host, a good looking model, and an incredible host. This handsome personality never fails to hook us through his accomodating and multi-skilled acting in Dramas and Films since 2003.

He was born on 26th June 1983 in Larkana; later, his family moved to Karachi. Currently, Fahad resides in Karachi with his family.

He was born to a Sindhi family where his father, Salahuddin Tunio, is a well known Pakistani actor and has contributed a lot to the industry. He has 2 brothers and 1 sister, none of them are part of Showbiz. He got married to Sana Fahad (a non-artistic person) in 2005. The couple is blessed with 1 daughter and 1 son.

He took admission to the university National University of Computer and Emerging Sciences in Karachi to study Pharmacy, which he left before completing it.