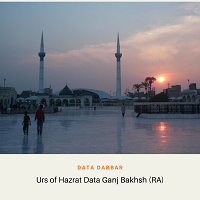 Data Darbar, situated in Lahore, Punjab, is the largest Sufi mausoleum in South-Asia. It was constructed to house all remains of al-Hujwīrī, commonly recognized as ‘Data Ganj Baksh,’ the Sufi saint belonging to Ghazni. This site is known as the most sacred or holy place in the city and attracts more than one million tourists to its Urs festival held annually. The article has every information about it, including Data Darbar History. 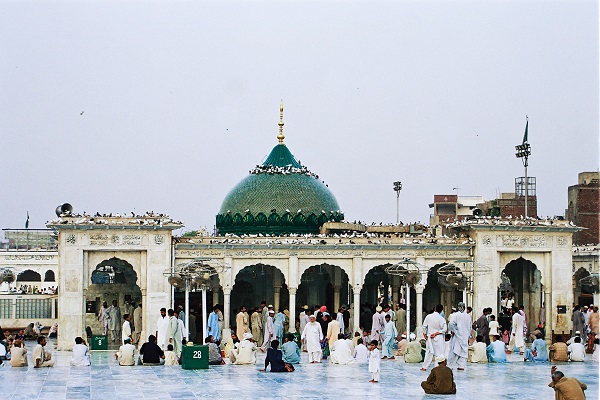 The tomb was established initially as a grave next to Masjid that Data Ganj Baksh had constructed in the eleventh century on Lahore’s outskirts. By the thirteenth century, the belief that great spiritual powers of Sufi Saints are attached to their graves grew strong in Muslims.

Hence, a grand shrine was constructed to commemorate Data Ganj Baksh’s burial site during the Mughal era. In the nineteenth century, the Shrine was expanded, and Hujwiri’s masjid was rebuilt.

According to the 1960 Auqaf Ordinance, the Shrine’s control was handed over to the Pakistani government with an official goal of preventing caretakers of Shrine throughout Pakistan from financial exploitation of devotees. In the 1980s, the Shrine was significantly expanded under the government of military ruler Zia-ul-Haq.

The mausoleum became the largest in South-Asia. N.G.O. offices, madrassa, library, car park, offices, and police station were included under his reign. Since its grand expansion, new markets or bazaars have emerged around this site. 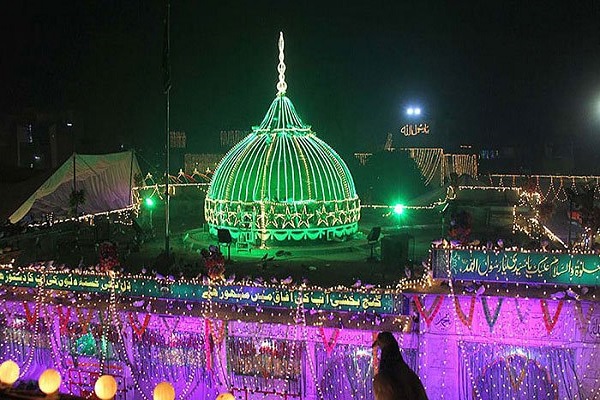 This Shrine is considered the holiest site in Lahore and has become a major social, political, and economic center. It is among those few places where extremely poor and extremely rich share the same space.

The Belief of Devotees

Devotees firmly believe that saint embedded at Shrine has supreme authority and power over all mystics in the Indian sub-continent. No new saint could enter into the sub-continent without acquiring permission from Hujwiri. After constructing a tomb dedicated to Data Ganj Baksh, non-Muslims and Muslims visit his grave searching for blessings.

Qawwali is regularly performed at Shrine, and on special and particular occasions, it is lighted for decoration purposes. Dinner is served to visitors who also dance when musicians sing Sufi music. At its boundary, Muslims recite Quran and also pay tribute to Holy Prophet (P.B.U.H.). A wide range of social services is offered at the Shrine, making it a famous hub for financially low residents. According to a thousand-year-old custom, free food is being provided to more than fifty-thousand visitors at the Shrine.

Visitors facing difficulty in their matters donate labor or money to free kitchen funds of Shrine, fulfilling Islamic commands of feeding the needy and poor. The Shrine also provides for poor students’ education in nearby schools and gives local hospitals funding.

Approximately thirty-thousand to sixty-thousand visitors visit the Shrine daily, and this number becomes double on Thursdays and religious holidays. During the annual Urs festivities, almost 1000000 devotees come to the Shrine.

The control of the Shrine was given to Auqaf Foundation under the 1960 Auqaf Ordinance. About two-hundred full-time caretakers manage Shrine, excluding security staff.

The Shrine generates the most revenue for the Auqaf board, more than all the four-hundred shrines under its authority in Punjab, and contributes almost 33 percent of its revenue. It collects four times more financial aid than is invested in its management and maintenance. 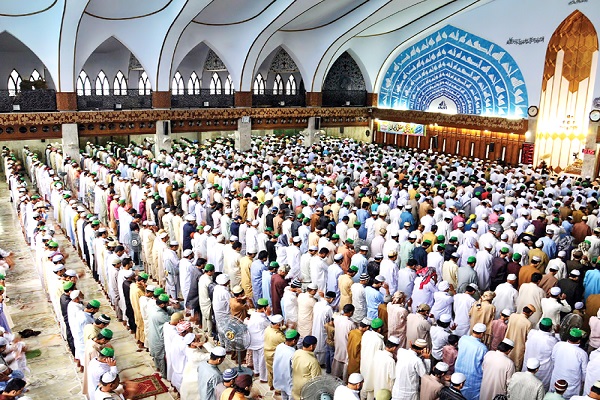 A large number of devotees from all over Pakistan visit shrines, but they get robbed by mafias, contractors, and food sellers. In addition to fraudsters and fleecers, the Darbar is located in a criminally endangered area of the city. Criminal activities like child abuse, pick-pocketing, and robberies are most common in the Darbar area.

Runaway children prefer to stay at Darbar due to petty jobs and free food. People who want to distribute langar are deceived by food sellers as they sell substandard food and provide less quantity. While some food sellers receive the full amount for distributing food and after distributing only a small amount, they put the remaining large quantity of food at their counter for sale.