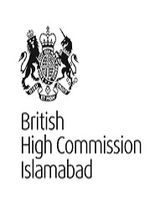 It is estimated that almost over 250,000 people from Pakistan visit the United Kingdom every year. These visits include different purposes like work, tourism, Business, and many more. Likewise, almost 270,000 people from England come back to Pakistan each year to visit their families. UK offers different types of Visas to Pakistani citizens. These visas are categorized into different groups. These groups are;

How To Apply For Visa

The documents required to apply for any kind of Visa include; Original Passport, Original CNIC, B form( if someone is below 18) Bank statement, Income certificate FBR tax return, and other documents. The required documents are to be submitted in person in the relevant Visa center. Along with this, Biometric data and photographs will be provided as part of the application. Depending on the type of Visa, It takes 10- 20 working days to process the Visa application.

It is a global scholarship called Chevening. Everyone around the world can apply if they can meet the eligibility criteria.

This scholarship is open for those countries that are members of the Commonwealth. These are specifically for a Masters degree in the UK. This provides Tuition fees, Exam fees, allowance, and thesis grants.

This scholarship is awarded to students who want to pursue their postgraduate degrees at the University of Cambridge.

This scholarship was set up in 1902 and is considered as the world’s oldest scholarship. It offers scholarships for postgraduate degrees from specific countries.

1n 1988, a treaty was signed between Pakistan and the United Kingdom. The treaty was designed to prevent people from double taxation and to prevent tax avoidance. To enhance the economic relations, the Pakistan-British advisory council was set up in 2002. It was established to find out how governments of both countries can facilitate businessmen and make new economic relations.

Both countries were part of the Cold War alliance named as Central Treaty Organization. The United Kingdom was more concerned about the expansion of the Soviet Union while Pakistan joined it for its economic benefits. The intelligence agency of Pakistan ISI was formed by British officials at the time of partition, both countries have strong links to share intelligence information and conduct intelligence operations together in England. The Baluchistan Liberation Army has been declared as a terrorist organization by the United Kingdom in 2006.