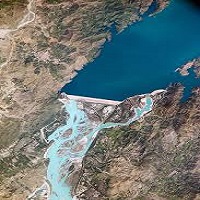 Tarbela Dam is a terrain dam along the River Indus in Khyber Pakhtunkhwa. Located mainly in the Haripur and in some regions of the province of Swabi, the dam is approximately thirty km from Swabi, one-hundred and twenty-five kilometers east of Peshawar, and one-hundred and five kilometers north-west of Islamabad.

It is the world’s largest terrain dam. In 1976 the dam’s construction was completed and was intended to reserve water from River Indus for irrigation, hydroelectric power production, and flood control. The dam is at a height of one-hundred and forty-three meters above the river-bed.

The reservoir of the dam, Tarbela Lake, has a surface area of almost two-hundred and fifty km2. This article carries every detail about the dam, including Tarbela Dam Location. 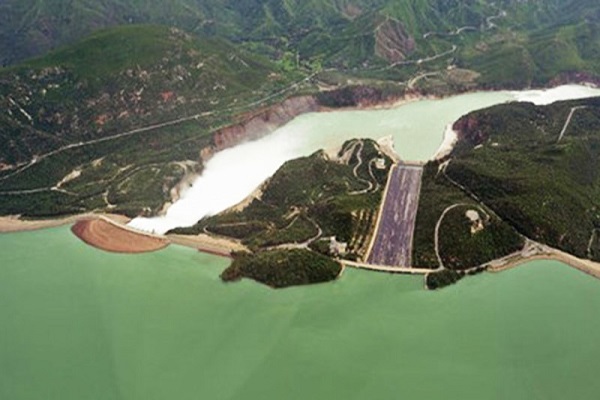 This proposal is at a narrower site in the valley of the River Indus, named after Tarbela town. The Tarbela Dam is situated in the Haripur and Swabi districts of KPK. Tarbela Lake was built as a reservoir. The main wall of the dam, made of rock and earth filling, extends 8.999 feet from the island to the right of the river, standing 486 feet high.

Five wide tunnels were built as part of the gatehouse work of the Tarbela Dam. Hydroelectricity is produced by turbines in tunnel one through tunnel three, while tunnels four and five were constructed for irrigation purposes. These two tunnels are to be turned into hydroelectric tunnels to enhance the electricity generation capacity of Tarbela.

The length of the Tarbela Reservoir is 80.5 km and has a surface area of two-hundred and fifty km2. Initially, this reservoir stored 14.3 km3 water, having a current storage capacity of 12.0 km3, but this capacity has been decreased to 8.4 km3 due to silting over thirty-five years of functioning.

The reservoir’s peak height is 472.44 m above Mean Sea Level (MSL) and the minimum operational height is 424.28 m above MSL. 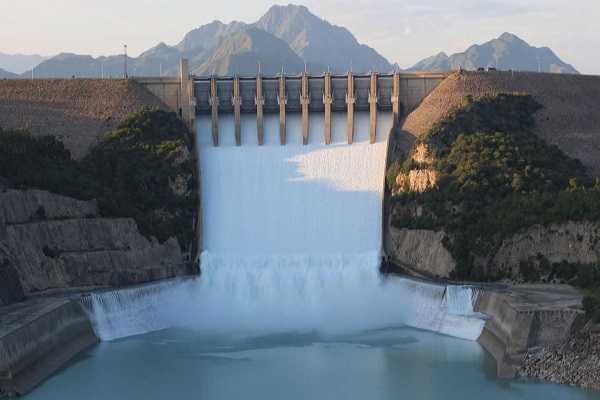 Following the signing of the 1960 IWT (Indus Water Treaty) between Pakistan and India, the Tarbela dam was built as Indus Basin Project’s part. The objective of this project was the compensation of water supplies lost from Eastern rivers (Beas, Sutlej, and Ravi) that were given to India according to terms of the IWT.

The dam’s primary purpose was to provide irrigation water by storing the flood during the monsoon season and ultimately releasing the collected water during periods of low flow in winter. By the mid-1970s, a total of 3,478 Megawatts power generating capacity was added to the 3-subsequent hydroelectric project expansions completed in 1992.

The Tarbela Dam’s construction was completed in three phases to fulfill the diversion needs of the river. Italian company Webuild Spa took the construction project.

In 1st phase, the River Indus was permitted to flow through its natural channel, whereas construction started on the right bank. At the right bank, a four-hundred and fifty-seven-meter-long and two-hundred- and twelve-meter broad diversion channel was excavated.  Phase one construction lasted about 2.5 years.

During the 3rd construction phase, work was carried out on dam construction and closing of the diversion channel in that section. The remaining part of the main dam and upstream blanket was also constructed as part of the 3rd stage work that was completed in 1976. 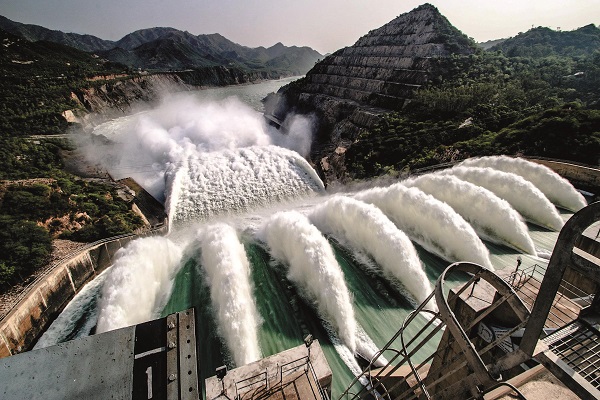 The reservoir area of the dam is around 260 km² and approximately 33,000 hectares of land have been obtained for construction.  The large dam reservoir flooded 135 villages, resulting in the displacement of a populace of around 96,000 individuals, the majority of those moved to the townships around the Tarbela Reservoir or to the nearby higher valleys.

For constructed and land property purchased under the 1984 Land Acquisition Act a compensation of 469.65 million Rupees was issued to the affected persons. Owing to the lack of a national strategic plan, the resettlement issues of the individuals impacted by the Tarbela project were resolved on an ad hoc system.

Several such individuals were not resettled in even 2011 or granted land to compensate their losses by the Pakistani Government in compliance with the contractual commitments with the World Bank.

These villages are inhabited by the internally displaced families of the Tarbela Dam. A lot of people scattered across other cities of Pakistan. These individuals still enjoy their culture of Gatka, Chail Katwa Gosht, and Mukha.

As the Indus River’s source is the meltwater from the glaciers of the Himalayas, the river holds an enormous quantity of sediment, Live storage space of the Tarbela reservoir decreased from 33.5% to 6.434 MAF (Million Acre Feet) relative to its initial capacity of 9.679 Million Acre Feet due to sedimentation in the last 38 years.

The functional life of the reservoir and dam was anticipated to be nearly fifty years. Sedimentation however was much lower than expected, and the useful lifetime of the dam is now predicted to be about eighty-five years, to around 2060.

Pakistan is preparing to construct many large dams including ‘Diamer-Bhasha Dam.’ Upon construction of the Diamer-Bhasha dam, sediment levels in Tarbela would be reduced by 69 percent. The expansion-IV of the Tarbela Dam was proposed in June 2012, & PC-One was designed for this project.

Richard Olson the U.S. Ambassador provided aid for this project’s construction during his trip to Pakistan in 2013. In 2013, WAPDA signed a contract of 26,053 billion rupees with the Chinese company ‘Sinohydro’ & German company Voith Hydro to carry out civil works on 1,410 Megawatt Tarbela-IV Expansion. Construction began in Feb 2014 and got completed in Feb 2018.

The project was built on the Tarbela Dam’s tunnel Number. 4.  It is comprised of 3-turbine generators, each with 470 Megawatts capacity. This system is supposed to supply 3.84 billion units of electricity each year to the National Grid.

The project’s annual benefits were expected at approximately 30.7 billion Rupees. Annually about seventy percent of the water flowing through Tarbela Dam is discharged over the overflow channels, while just a small portion of the remaining thirty percent is being used for the generation of hydropower.

The WAPDA (Water and Power Development Authority) reports that the 3rd and last unit at1,410-Megawatt Tarbela fourth Extension Hydroelectric Project has been synced with the national grid.

WAPDA sought EOI (expressions of interest) in the Tarbela-5 Expansion Project in Aug 2014 and was granted final approval for development in Sep 2015.

Construction hasn’t started yet and would take approximately 3.5 years to complete. The project would also need the placement of 3-turbines having a capacity of four-hundred and seventy Megawatts each in the 5th tunnel of Tarbela previously allocated for agricultural usage. 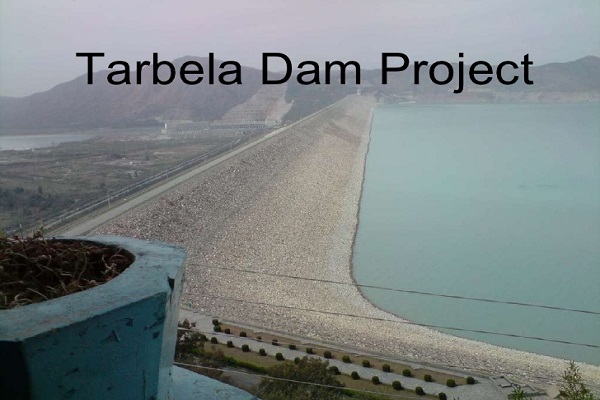 The important works included in this project are the construction of the new power station and the modification of tunnel 5 to generate approximately 1,800GWh power on annual basis, a new five-hundred kV dual-circuit, and a fifty-kilometer transmission line from Tarbela-Islamabad Grid Station for the evacuation of power, and a new five-hundred kV Islamabad-West Grid Station.

In Sep 2016, the World Bank issued additional funding of 390 million dollars for the 5th Tarbela Dam’s hydropower expansion project, which would support the increase in the power generation potential by the addition of 1,410 MW to the current tunnel-5.

The project would be funded by IBRD (International Bank for Reconstruction and Development), with a varying spread and a twenty-year maturity, along with a 6-year grace time.

This would be the 1st World Bank-funded initiative in South-Asia to be financed jointly with AIIB (Asian Infrastructure Investment Bank) to provide 300 million dollars and the Pakistani Government would provide $133.5 million. The projects’ total cost would be 823.5 million dollars.