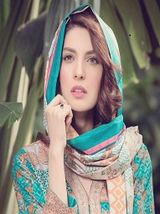 
Saeeda Imtiaz is a stunning and versatile Pakistani actress, model and now a politician too. She is famous for her leading role in Imran Khan’s biopic which is yet to be released. Currently, she has announced her decision to join PPP. This article is a blend of information about Saeeda Imtiaz biography and Saeeda Imtiaz Movies. She is one of the most effective and the most accomplished actress and model of Pakistani showbiz industry for a long time. She is winning the hearts of millions of people through her tremendous acting and flawless beauty. She was born in Abu Dhabi but spent her early life in New York as her family moved there when she was quite young. She is becoming prominent in the industry with her hard work and talent.

She was born on 21st May 1985 in Abu Dhabi but raised in New Year. Currently, she resides in Karachi for her projects.

She has an academic educational background. She completed her schooling from  Walt Whitman High School in Long Island, New York and then she went to Stony Brook University, New York to become a graduate in Psychology. In her college, she was the lead head of Club DSA for which she used to arrange different shows with the help of some extremely talented Pakistani craftsmen including Jimmy Attre and Roxen and Josh. Later she moved to Karachi to start her professional career.

She started her professional life as a model in Pakistani showbiz. She has worked in a number of shows and has additionally worked with the various commended brands of Pakistan including Sania Maskatiya, Maria.B, Chen One, Warda, Gul Ahmed, Zaheer Abbass and much more. She has done various photoshoots for many famous magazines, for instance, Sunday Plus, She Magazine and Diva Magazine. Not simply that she has additionally appeared in various TV adds like Voice Mobile, Huawei, T27, etc. After becoming a successful model, she jumped into acting.

As an actress, she achieved the same amount of love and appreciation from the people all across the border too. She is soon going to show her talent in Imran Khan’s biopic Kaptaan: The making of a Legend as Jemima Khan. Other than this she was seen in Various Pakistani films, for instance, Wajood along with Danish Taimoor and Javed Sheikh which got good reviews on the box office. Her acting in the film was appreciated by many people and their chemistry was also loved by many people. It was indeed the best project of her as an actress. Currently, she has signed a romantic comedy film opposite Yasir Shah (who is another prominent Pakistani actor in the industry) which is soon going to be released. She has indeed a long way to go.

She made everyone blown away by announcing her decision of Joining the Pakistan Peoples Party in 2018 by uploading a picture on her Instagram account with Bilawal Bhutto. The reason for Joining PPP is the vision of Bilawal which she found quite impressive and the affection which she has with Shaheed Benazir Bhutto encouraged her to join this party. She has been appointed as a Central Punjab Deputy Information Secretary.