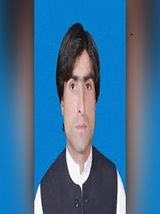 Afzal Kohistani is a brave young man who revealed the killing of 5 young girls after a jirga for which he got brutally killed on 6th March 2019 after receiving death threats for so long. This article contains all the information about him including Afzal Kohistani biography. Kohistani is that fearless and valiant man who disclosed the video to the nation where two young men moving and five young ladies seen singing and applauding in the grainy mobile phone video had been executed on the orders of a nearby jirga. Muhammad Afzal Kohistani, the brother of one of the young men in the video, was the person who made the news open, claiming that the young ladies had been executed on May 30, 2012, on the requests of a pastor who drove a 40-50 part ancestral jirga. The news had stunned the country and had even incited the Supreme Court to take suo moto to take note.

On July 31, 2018, another case was enrolled under Palas police headquarters under the Supreme Court orders. In December 2018, the four murderers, in particular, Umar Khan, Saber, Mohamad Sarfraz, and Saeer were captured. Upon cross-examination, the suspects had admitted to slaughtering three young ladies Begum Jan, Sireen Jan, and Bazgha by terminating, saying they discarded the bodies in Nala Chorh. They had said that Amna and Shaheen are as yet alive.

He has been brutally killed today on 6th March 2019 at the spot after receiving death threats for a long time near Gamiadda in Abbottabad. A couple of days before his murder, Kohistani had kept in touch with the Hazara Deputy Inspector General and Mansehra District Police Officer asking for the arrangement of police security inferable from dangers to his life.