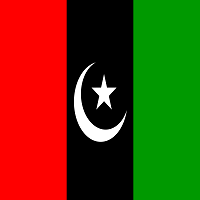 Pakistan Peoples Party is Pakistan’s moderate-left social-democratic political Party. Currently, it is 3rd largest Party in Pakistan National Assembly. It was established in 1967 when several prominent left-wing Pakistani leaders gathered together against President Ayub’s military dictatorship under guidance and leadership of Zulfiqar Bhutto.

The priority of PPP is to transform Pakistan into the social-democratic state, promoting egalitarian and social values, setting up the powerful national defence and social justice. During 1970s PPP dominated Pakistani politics suffering a short-term decline during Ayub’s military dictatorship.

People’s Party was considered as country’s most influential and powerful political Party until PM Yousaf Raza Gillani’s disqualification in 2012. In 2018 elections, for very 1st time in Pakistan’s political history, PPP failed to form its government. This article has all the information about the party, including Pakistan Peoples Party History. 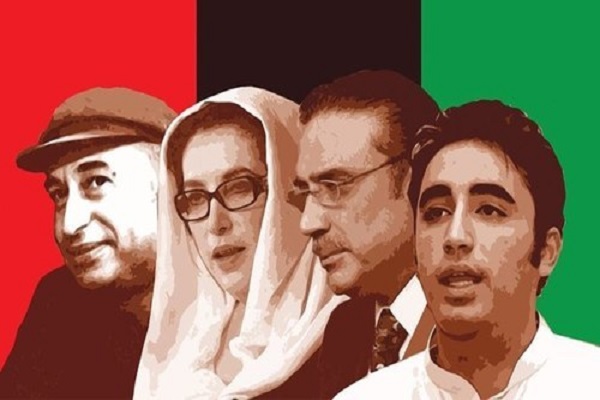 The revolutionary groups gathered together from all parts of Pakistan to establish Pakistan People’s Party under leadership and guidance of Shaheed PM Zulfiqar Bhutto. The Pakistani nation needed a leader and saviour to empower all Pakistani people equally. PPP’s foundation was a solution to despotism and dictatorship destroying Pakistan.

The foundation of PPP inspired the starting of an organized and untiring struggle for a progressive and peaceful Pakistan. The party became the 1st & only populist movement, espousing policies like land-reforms to aid the peasants, industries’ nationalization, and administrative-reforms to lessen bureaucrats’ authority.

PPP-A Vehicle for the Revolution

The party’s message regarding social-democracy spread quickly among students, workers, and peasants throughout the country with enthusiasm. Individuals started a protest against Ayub Khan’s dictatorship, and PPP played a significant role in that movement.

Even most violent responses failed to break firmness of people, and resultantly, Ayub resigned in 1969.

A temporary military government held the control and announced the elections for Dec 1970. The PPP participated in this electoral process with the slogan ‘Roti, Kappra, aur Makaan.’ The Party won elections as well as hearts of Pakistani people. 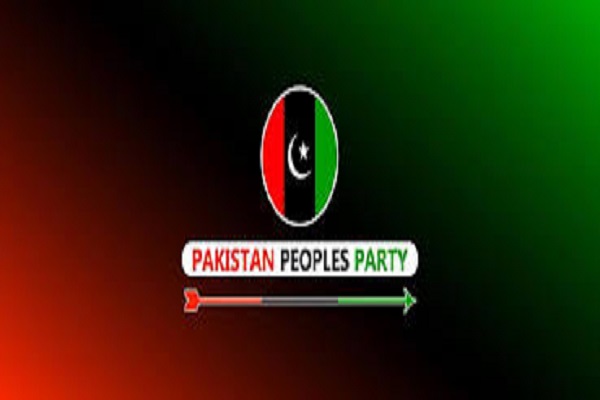 In his book written in 1971 entitled ‘The Great Tragedy,’ Bhutto wrote ‘The country is passing through a dreadful ordeal. Pakistan is experiencing a serious crisis. India’s aggressive involvement has immensely complicated the situation. Pakistanis would peacefully live if they survive today’s turmoil; otherwise, devastating disruptions would lead to total ruin.’

PPP established the government from 20th Dec 1971 to 5th July 1977. The government made considerable economic and social reforms improving the lives of impoverished masses of Pakistan. In 1973, it gave a new Constitution to the country that is maintained till now.

The PPP leadership also ensured Pakistan’s political and economic recovery after devastating years of the military regime. A civil war started in East-Pakistan, leading to the intervention of the Indian Army into the territory of Pakistan. And resulting military rule did not last long, and credit goes to the Bhutto government’s untiring struggles, and Zulfiqar Ali took control of the country as its President.

Role of Bhutto in Pak-China Alliance

He nationalized many leading industries. His social reforms built Pakistan’s economic and social infrastructure and laid the base for a democratic country. Later, the National Assembly passed the interim constitution and PM Zulfiqar Bhutto assumed the office and handled Pakistan’s foreign affairs.

As of 9th Pakistani PM, he became a principal architect of Pak-China relations in 1962. Zulfiqar Bhutto and Mao Zedong manifested Sino-Pak alliance, leading to ties with China. In this way, PM Bhutto laid the groundwork for CPEC (China Pak Economic Corridor), and President Asif took it to great heights.

The Arab-Israeli 1973 conflict represented the watershed in relations of Pakistan with Middle-East. Pakistan’s unconditional and swift offer of help to Arab-states was immensely appreciated. Solidarity of Pakistan in the Ramadan War was then followed by holding a grand Islamic Summit in Lahore in 1974.

It represented a most compelling and direct expression of unity with Muslims interests, particularly of Palestine.

The Shimla Agreement was also an example of Bhutto’s non-discriminatory foreign policy. He brought back, war and political prisoners from Indian control and assured India and Pakistan’s most extended peace since separation.

Efforts of Bhutto for Nuclear Technology

After strengthening an alliance with China, PM Bhutto decided that Pakistan must have nuclear capability. In his book of 1969 ‘The Myth of Independence’ he stated that it is essential for Pakistan to focus on nuclear technology, rather than allowing itself to get deceived by the international treaty.

After a month of holding the office, he met competent nuclear scientists to focus on obtaining atomic capability. He is also credited as the Nuclear Deterrence father for conferring the Pakistani nation with most needed nuclear technology. 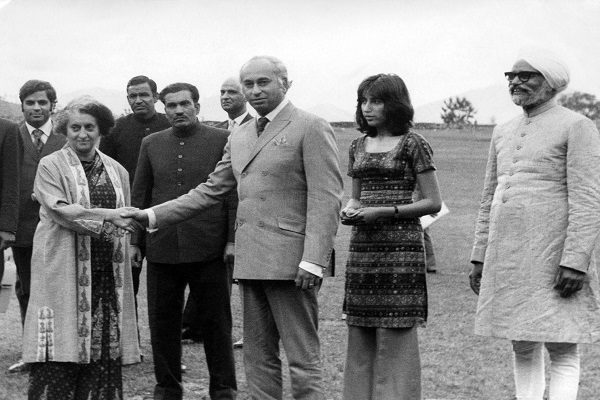 The dedication with which PPP and Bhutto empowered Pakistani people and Pakistani institutes generated displeasure among its rivals and competitors for power and authority. The party again won one-hundred and fifteen seats out of two-hundred seats in 1977 in Pakistan National Assembly.

The PNA (Pakistan National Alliance) an alliance of 9-opposition parties secured only 36-seats. The resulting PNA-PPP confrontation and resulting civil unrest accelerated the enforcement of martial law. PPP became only hope for a bright and better future of Pakistanis.

These are just a few reasons why PPP won in elections of 1977. Bhutto’s most enduring and important legacy was creating awareness about democracy among Pakistanis. He awoke people and made them aware of their power.

The Party considers Islam as its faith, democracy as its policy, socialism as the economy and believes all the power is for people. Its slogan is ‘Roti, Kappra. Aur Makan.’ It has learnt these beliefs from passionate speeches of Bhutto that later became the signature statement.

These values are a basis of primary principles of Party around which all initiatives are revolving since establishment. Improved literacy rates, government schemes, charitable endeavours, and the public were part of Zulfiqar Ali and Mohtarma Benazir Bhutto.

Since its establishment, the Party is working hard to bring social democracy in Pakistan. These efforts have conferred the nation its voice, along with the ability and power to elect their leader and be free from military rulers. 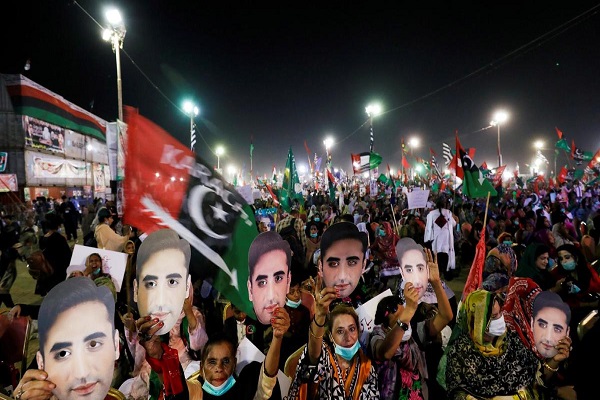 The PPP administration contributed its services to the field of education by establishing the following institutes:

The Party’s during the regime of Zulfiqar Bhutto contributed to the country’s health sector by establishing the following institutes:

Establishment of Pakistan Steel Mills is another feather in Zulfiqar’s cap. It was inaugurated on 30th Dec 1973 and had a capacity of producing 1.1. million tons of steel.

Zulfiqar Bhutto founded 2nd busiest port of Pakistan on 27th June 1973 that handles about forty per cent cargo of the nation. Achievements of PPP During Benazir’s Regime

In her regime, the following initiatives were taken in the health sector:

Benazir Bhutto was committed to promoting education in Pakistan and took the following initiatives:

Achievements of PPP During Asif’s Regime

Re-habilitation Center in SCJIP (Sir Cowasjee Jehangir Institute of Psychiatry) Hyderabad is one of the most reputable city institutes and is well-equipped with modern technology facilities.

To provide citizens of Hyderabad with standard and affordable healthcare, Sindh Government established Services Hospital in Hyderabad. Within a short time, the period hospital started catering to the medical needs of Hyderabad.

The PPP government has contributed a lot in the field of education by establishing the following educational institutes: 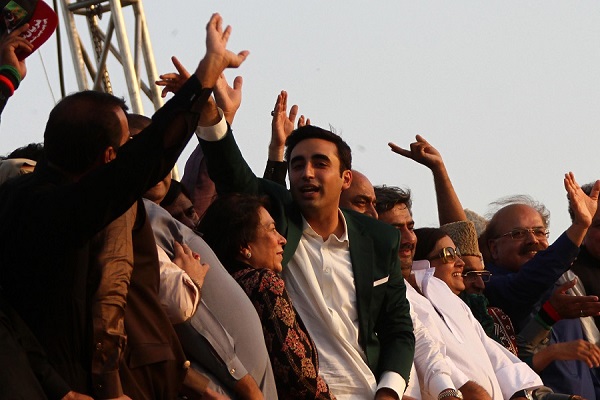 Asif Ali Zardari as President of Pakistan inaugurated the 1st ever Road Safety Institution of Pakistan. It is built on eighty kanals area in Sector H-8 at Thirty-Eight million rupees. This institute aims to educate drivers about driving hazards, precautionary measures, and traffic laws.

A museum was set up at Mithi to preserve the city’s artefacts and culture.

3- An Open-Air Theatre in Khairpur

An Open-Air Theater in Kharipur was founded to provide entertainment to citizens of Khairpur, and it promoted works of Sachal Sarmast, Shah Abdul Lateef and others.

It is Pakistan’s 3rd largest airport serving Islamabad and Rawalpindi in Punjab. In the past, it was known as Islamabad International Airport.

This museum was founded at Sehwan to appreciate the achievements of talented local artists and highlight their work.