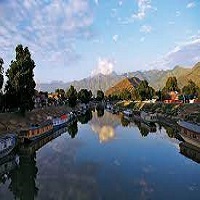 Jhelum River is one of the tributaries of river Chenab which originates in Indian occupied Kashmir and enters Pakistan while flowing through Azad Kashmir. The river has a length of 450 miles (725 kilometers) and a tributary of the river Chenab.

The river was allocated to Pakistan by the World Bank under the treaty of International Water Sharing Treaty in 1960. The article comprises all the information including Jhelum River History. 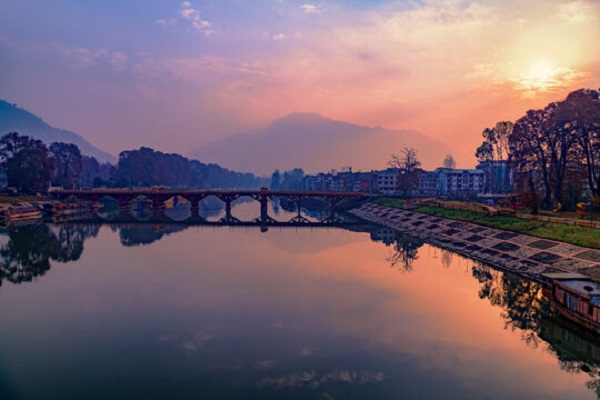 The river originates from the spring of Verinag in the valley of Kashmir where it joins the tributary rivers of Lidder at Mirgund village near Khanabal as well as Veshaw River in Anantnag region of Sangam.

Furthermore, the river flows through Kashmir Territory of Pakistan followed by Punjab and finally joins River Chenab while the Chenab River is a tributary of River Sutlej which emerges with the river of Panjnad. Moreover, the Panjnad River joins the river of Indus which joins it in the region of Mithankot.

A number of stories on River Jhelum are written by a Pakistani writer, Anjum Sultan Shehbaz in the book of Tareekh –E– Jhelum. He writes that Vitasta is a Sanskrit name of the river and the name of Jhelum was given to the region by Mughal Emperor Dar E Azam as Ja –E– Alam which was transformed to Jhelum by the passage of time.

Furthermore, it is also stated that the river was passed by the armies of Alexander in the battle of the Hyderpas River. He was arriving to take control of the subcontinent in 326 BC.

There are many small and large tributaries of the river which contribute to form the river. They are as follows:

River Lidder is a tributary of the Jhelum River which is located in Kashmir Valley and joins the river.

Another tributary is River Sind which flows in the valley of Kashmir through the lake of Wular and joins the river of Jhelum. Moreover, the river of Neelum joins the River in Muzaffarabad and considered to be one of the biggest tributaries of the river.

Kunar River is also one of the tributaries of the river which joins it after flowing through many rivers including the Poonch River. After joining Jhelum it flows through the rivers of Chenab, Panjnad and finally joins the river of Indus in the region of Mithankot. 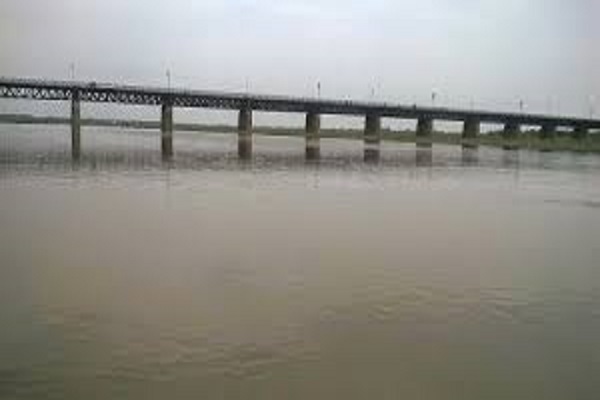 There is a hydropower plant that has been constructed on the river which is named Mangla Hydro Electric Power Plant in Punjab. It has the capacity to produce 1500 megawatts of electricity which an electric plant of 1150 megawatts has been installed.

Another hydro-plant on the river is under construction which is named Karot Hydro Electric Power Plant. It has the capacity to produce electricity of 720 megawatts. The project of the hydropower plant is assigned to a Chinese company, named CTG (China Three Gorges Corporation).

There are a total of eight lakes on the river which are named as the following.

Wular Lake is situated in Indian Occupied Kashmir and considered to be one of Asia’s largest lakes. The water of the lake joins River Jhelum.

Anasbal Lake is located in the Indian Occupied Kashmir territory of Safapora.

Anchar Lake is situated in Jammu Kashmir, Srinagar, and connected which passes Gilsar through Dal Lake.

Dal Lake is situated in Srinagar and considered to be the second largest lake in Kashmir. 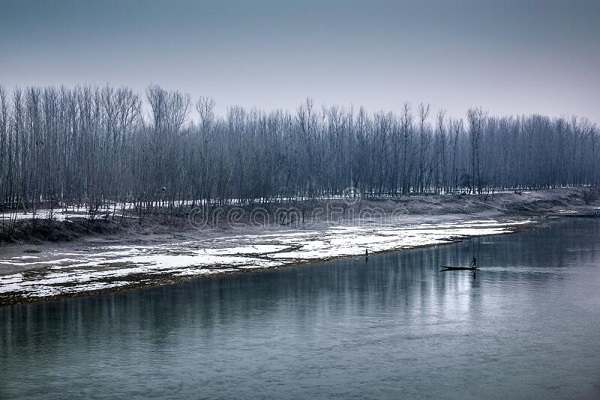 Nigeen Lake is situated in the Indian Occupied territory of Kashmir’s region, Srinagar which is a mild lake of Kashmir.

It is located in Indian Occupied Kashmir district of Ganderbal.

There are two barrages located on the river which are given below.

It has a total length of 20 kilometers from Jhang to meeting with the river of Chenab. It was constructed in 1939.

Rasul Barrage has the capacity of flowing 645000 cube feet per second and was constructed in 1967.

There are many canals which are constructed on the river in order to divert the river’s water to the region for irrigation and drinking purpose which include the following.

The canal of Upper Jhelum has been excavated from the dam of Mangla to the River. It irrigates hundreds of acres of land in Pakistan.

A canal under the name of Jhelum Chashma Link Canal has been constructed which runs from the Indus River’s barrage of Chashma to the Jhelum through Rasool Barrage which covers a length of 25 miles (40 kilometers).

Another canal was constructed under the name of Qadirabad – Rasool Link Canal which has been excavated from the barrage of Rasool till Chenab. 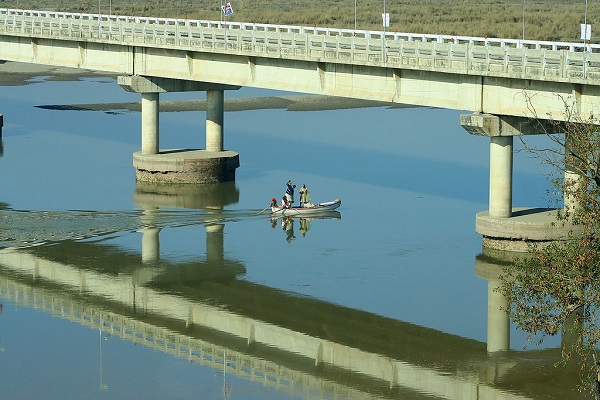