By mohsinriazJuly 22, 2017No Comments6 Mins Read 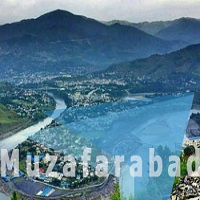 The district is bordered by the district Neelum and Indian district Kupwara on the north-east, Hattian Bala on the south-east, and the districts of Abbottabad, Mansehra, and Bagh on the west. This article contains all the information about the district, including Muzaffarabad History. 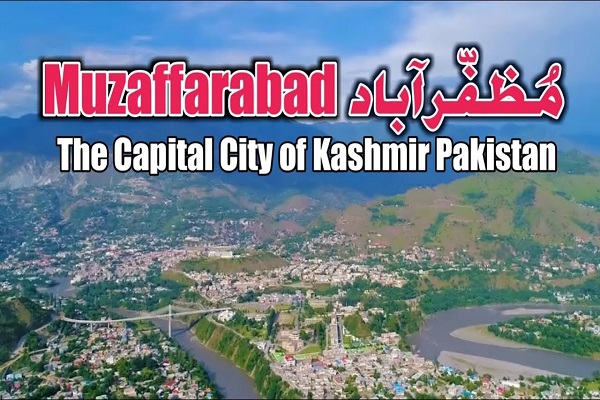 Udhabanda was the first name of this city, and the early history goes back to Alexender the Great, who invaded the region followed by Mughal rulers. Hindu Shahis occupied the region in 633 AD and ruled the district for many years, and Muzaffarabad (Udhabhanda) used to be the capital of the Shahi dynasty.

The Empire of Mughals lasted till British Raj and was interrupted by Sikh rulers during their reign. Muslims of the region faced many restrictions, which led to the Mughal Empire’s permanency until the East India Company arrived in 1834. The company invited British troops who occupied the region and imprisoned Bahadur Shah Zafar, the last Emperor of Mughals.

British Rulers used different fortes of Pakistan, among which many fortes of this city were used to be their rest houses and meetings. They ruled Pakistan till the partition of India and Pakistan in 1947.

Muzaffarabad, the capital of Azad Kashmir (Pakistan), is located at the rivers Neelum and Jhelum banks. The region is named after the chief of the Bomba Dynasty, Sultan Muzaffar Khan. The district is approximately at a distance of 76 kilometers from Abbottabad and 138 kilometers from Rawalpindi.

On the opposite sides of the Neelum river, two fortes of the region are situated, which are named Red Forte and Black Forte. The city was overcome by an earthquake in 2005 with a magnitude of 7.6 on the Richter scale.

The district is administratively divided into two tehsils; the names of these tehsils are given below. 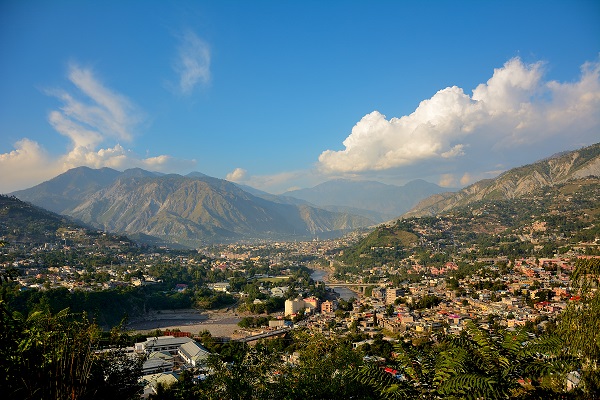 According to the 1998 census of Pakistan, the region had a population of 650,370 inhabitants, while according to Nation.com, the population was raised to 4 million in 2017.

It has a pleasant climate with mild summers and chilly winters with snowfall. River Neelum is also playing an important role in the region’s pleasant climate, which joins river Jehlum. The Autumn season is the best one to visit the place as the weather is clear and pleasant.

The district is home to many old monuments and new buildings. The region also contains many parks, historical fortes, and farms situated on the river Jhelum bank. It is also a camp for tourists who want to visit and see historical places, culture, fortes, valleys, and mountains.

Makra Mountain is situated at a distance of 4 km, which ends in Shogran, Kaghan Valley. The mountain can be easily seen from this City and contain forest and snowfalls in the winter season. One needs to travel for a long time to reach the peak of the mountain. It is the highest mountain range in the region.

Jehlum Valley also presents a beautiful scene which can be seen from the city of Muzaffarabad. The Valley was an old route of Srinagar.

The black fort was built by Mughal Rulers and used by their army. The fort was limited to visitors, and almost the entire fort was under the Mughal army’s control. Black Fort is one of the historic places for tourists to visit.

The Fort’s construction was started in 1549 and was completed by the founder of the region Sultan Muzaffar Khan in 1646. The Dogra rulers, Ranbir Singh and Maharaja Gulab Singh, reconstructed the fort and used it for military and political operations. The fort was limited for outsiders, but in 1947, it was opened for the people.

Pir Chanasi is another mountainous range located at a distance of 32 km from the city of Muzaffarabad. It is famous for its pleasant climate, greenery, and natural beauty. Tourists love to visit and see the scenic view of the green hills of Pir Chanasi. Machiara National Park is located in the lower part of the valley of Neelum. The park contains forests, different bird species, and other wild animals. It is also considered the home of ibex, snow leopards, Himalayan Griffon vulture, western tragopan, wolves and monkey, etc. western tragopan is considered to be the most dangerous species of the region.

Patika is a gateway to the valley of Neelum, containing a fish hatchery and zoo. A tourist Rest House has been made by the Pakistan Tourism Department which is very famous among visitors.

The region contains a huge number of hotels and restaurants that provide different dishes to the inhabitants and tourists. Some of the famous dishes of the district are methi gosht, Gushtabay, dam aloo, Hareesa, methi Chawal, red bean, desi ghee, achaar, chicken korma, balti gosht, and many more.

Kashmiri-Pulao is the most famous dish in Muzaffarabad. Sweet dishes are provided at the end of the meal and considered an important part of the meal. Some of the sweet dishes include Panjeeri, Firni, Sviyyan, and kheer. 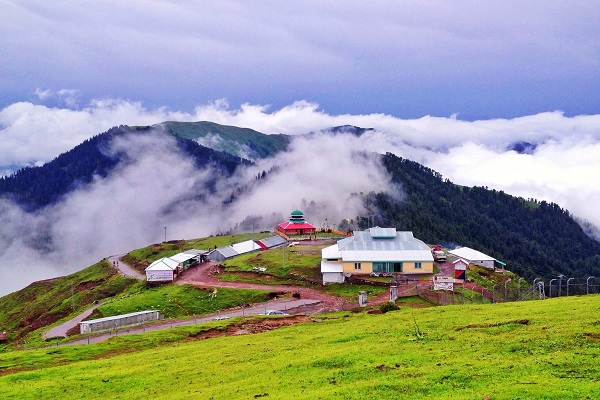 Urdu and Punjabi are the main languages of the region, spoken and understood by the inhabitants easily.