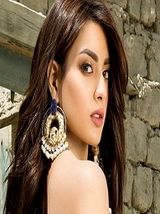 
Iqra Aziz is a startling and amazing actress and model of Pakistani showbiz who is in the industry since 2014 and has also won the title of most searched Pakistani celebrity of 2018. She is a perfect example of beauty with a brain who knows how to maintain her position in the industry. The article is composed of all the information about her including Iqra Aziz Biography, Iqra Aziz Family and Iqra Aziz Dramas. It wouldn’t be wrong to call her the future superstar of our Showbiz industry. This attractive, charming and young sensation has stolen everyone’s heart in a short span with her remarkable performances in various serials. The most dominant thing which makes people curious about her height as she is only 4 ft 9-inch girl with full confidence. At a very young age, she joined showbiz so she couldn’t pursue her education but she is planning to continue her studies soon. She is a strong independent woman who is vigorous, compatible and accomplished.

She was conceived on 24th November 1997 in Karachi where she spent all her life. Currently, she resides in the same city with her family.

She has a small family with mother and only 1 sister, her father died when she was very young. Her mother Asiya Aziz is an inspiration for so many women as she is the cream driver of Pakistan who did all this to feed her children while her sister Sidra Aziz is a highly educated girl and a scientist by profession. He got engaged with Pakistan actor, writer and Host Yasir Hussain while the couple revealed the announcement in 2019 Lux Awards.

Iqra has been seen in an official Music video ‘ O jaana’ in 2018 of Hamza Malik feat  Rahat Fateh Ali Khan while the video was directed by Famous singer Farhan Saeed. In the same year, she was again seen with Asim Azhar in a video ‘Jo tu na mila’ which was sung by  Asim Azhar himself and it became a major hit of 2018. She has walked the ramp several times for various well-known designers and has been seen in different Television Commercials.