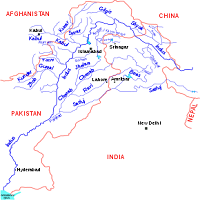 The Gilgit River which is also called the Ghizer River is located in Gilgit Baltistan, Pakistan. It originates from the glaciers of the meeting point of Karakoram, Hindukush, and Himalayas and flows through the small streams and valleys of east, southeast, and north of Gilgit. The water of the river flows through the districts of Ghizer and Gupis – Yasin.

The total length of the river from its starting to ending point is 240 kilometers. A number of other small rivers contribute to the water of the river. It joins the river of Ishkuman at Gupis and flows through Gakooch where it is named as Gigit River.

At the town of Shah Qilla, Gilgit, the water of the river joins Huns River near Hunza Valley and then it finally meets with the water of River Indus at a distance of 3 kilometers from Juglot. This article carries all the information about the river including the Gilgit River Origin. 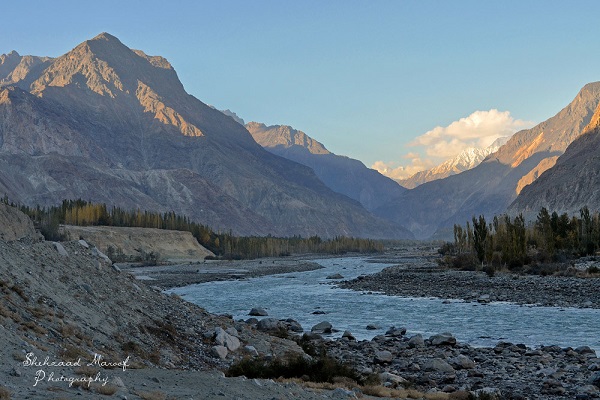 The water of the river starts flowing from the melted glaciers of the peaks where the ranges of Karakorum, Hindukush, and Himalayas of Punjab. It forms small streams and lakes at many places of the region which joins at some places forming Gilgit River at Gilgit Baltistan. Hunza River meets the river at Hunza Valley while passing through other districts of Gilgit including Ghizer and Gupis Yasin.

It finally joins the Indus River at the region of Bunji, covering a total length of 150 miles. Furthermore, the river has not that much water pressure to build a hydroelectric power plant on but there are many small and heavy dams are constructed on the river’s water in other regions when after joining the Indus River

Gilgit has mountainous areas and valleys through which the water of the glaciers flows and enters Gilgit. At Shandor pass, the river of Ghizar contributes to the river followed by many other streams which form the shape of the river. Glaciers of the different ranges including Karakoram, Himalayas, and Hindukush, melts and flows through the mountainous valleys of Gilgit Baltistan. The streams meet at different locations and form a structure of the river and the water of those streams then flows through some miles of distance and joins the River Gilgit.

Ghizar River is also a tributary of the river. The glaciers of the region contribute to form Ghizar in the west of Gilgit which meets the river at Gakooch and finally joins the Indus River.

Hunza River is another tributary of the river which forms at the Hunza Valley due to the glaciers of Karakoram Ranges. Hunza River is itself formed due to many contributing streams which flow through many valleys of Hunza and Karakoram.

Gilgit River has pure water which is used by 1.5 million inhabitants of the region for drinking as well as many other purposes including irrigation. The leakage of the river also contributes to the greenery of the place which attracts tourists to visit the place. The water of the river is also used in barbershops, hospitals, and car wash centers.

There are many small and local roads are constructed for transportation services. Roads near Gilgit River are named River View Road and Park Road, from where the visitors enjoy the beauty and nature of the river. Furthermore, there are two bridges constructed on the river for facilitating the people of the region.

There are a total of 3 lakes that contribute to the water of the river including Phandar Lake, Shandur Lake, and Attabad Lake. Phandar Lake is located in district Gupois-Yasin, Village Phandar. It is a great tributary of the river and considered to be the most important source of freshwater.

Attabad is another attractive lake of Gilgit Baltistan which is located in Gojal and created in the year 2010. It is one of the attractive spots of Gilgit and offers many activities including fishing, skiing, and boating. Shaundur is another lake located near Shandur Pass which contributes to the water of the river. Furthermore, there are two bridges constructed on the river which offer transportation as well as tourist attractive views. A number of small shops are made on the riverside to facilitate the tourists. 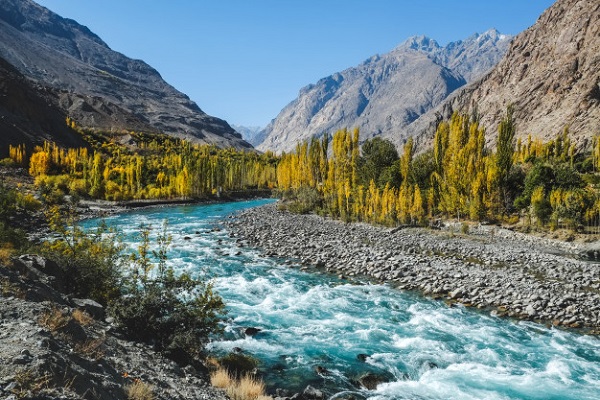 Sewage is one of the most important issues of the river. Sewages of the hotels, hospitals, and local homes pollute the water of the river which provides drinking water to approximately 150000 people. The poor sewage contributes to the water pollution of the river.

The sewages of the homes contain wastes and poison chemicals which are also becoming an issue for the aquatic life of the river. As of now the Prime Minister, Imran Khan has announced to construct a sewage system in order to protect the river’s water from poisonous materials.