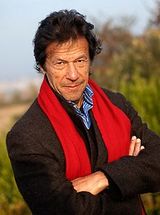 
Imran Khan, known as the Kaptaan, Skipper, is the 22nd Prime Minister of Pakistan. He is not only a politician but has remained a cricket star, Chancellor of the University of Bradford, philanthropist, motivational speaker, and an Author. He has been in the public eye since his cricket debut in 1971.  Khan got acknowledged after winning the trophy of World cup in 1994. He has married thrice and has two sons from his first wife. This article has all the information about Khan, including Imran Khan Biography and Imran Khan Family. He was born on 5 October 1952 in Lahore, Pakistan. Currently, Imran resides in Bani Galla, situated in Islamabad.

Imran has an exceptional educational background. He studied his early education in Cathedral School Lahore and completed his intermediate from Aitcheson College Lahore. Before going to England for Professional Cricket, he was allowed by his mother only if he continued his education in England. He first studied in Royal Grammar School Worcester and later studied philosophy, politics, and economics at Keble College, Oxford, from where he obtained his degree of Bachelors.

When Imran was 11, he saw his cousin score a century in an international test match. That was the time when he decided to be a test cricketer in the future. Though he had lesser talent as compared to his cousins, he did not accept any hurdle in his way and made his debut against England in 1974. He was dropped after his first match, and a newspaper called him Imran Can’t instead of Imran Khan.

Soon, he made his comeback in the team, and with his splendid performance, he became the team’s key player. After becoming a successful fast bowler, he was made the captain of the Pakistani Cricket Team in 1982. His career never saw any limit and developed continuously. He started cricket as a medium bowler and transformed himself into a genuine fast bowler after a change in his bowling action that took him six years. Soon, he decided to be the best all-rounder and became an all-rounder.

His opponent, Nawaz Sharif, faced Panama Leaks, which disclosed his assets outside the country that were not declared in his documents. Khan took it to the streets and called for the lockdown of Islamabad. As the date of lockdown came nearer, the Supreme Court took notice and started the trial. It ended in the disqualification of Nawaz Sharif and yet again proved him corrupt in the court. Since then, his future as a prime minister was rarely doubted. Khan was also taken to court by Nawaz League. He showed all the documents to the court to prove his legitimate income and was called honest.

In the 2018 general election, Khan contested the election on 5 constituencies that include NA-131 Lahore, NA-35 Bannu, NA-95 Mianwali, NA-53 Islamabad, and NA-243 from Karachi against the heavyweights of politics and won against all of them. He surpassed Zulfiqar Ali Bhutto, who had won from three constituencies in 1970. His party secured 110 seats in the center and formed government in Khyber Pukhtunkhwa, Punjab, and Center. On August 17, 2018, Khan was elected as the 22nd Prime Minister of Pakistan.

As a Prime Minister

Khan has written six books. They include: