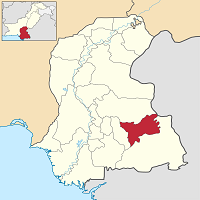 Umerkot is situated in the Umerkot district, which is on the eastern side of Sindh, Pakistan. The city is the administrative headquarter of the district and lies near the Thar desert. Both Pakistan and India share the Thar desert as an intersection between the two countries, India and Pakistan.

Because of its proximity to India, which is about just 60 km, the region is strategically significant. The region is famous for its historical places and ethnic diversity. Umerkot fort, the birthplace of Mughal emperor Akbar and one of Hindus’ most sacred sites, Shiv Mandir, is located here.

It was formerly known as Amarkot, which was the capital of the Greater Sindh province. This article comprises every detail about the city, including Umerkot History. 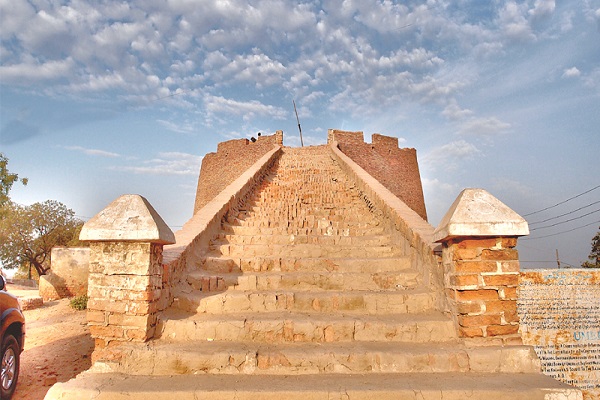 Umerkot is a historic place. Its history goes back to early Buddhist and Hindu civilizations in the region.  There are two traditions as to the name of this town. Some historians attribute its name to the first ruler of the Soomro dynasty, Umer. Umerkot means Fortress of Umer. Some historians credit it to Amar Singh, who founded this city, as Amarkot.

In 1020, Rana Amar Singh built the famous Umerkot Fort.  In 1538, the Mughal emperor, Humayun, lost the war to Sher Shah Suri. Rana Parshad gave asylum and shelter to Humayn in this fort. He was governor of the Sodara Rajput Umarot. The great Mughal emperor, Akbar, was born in Amarkot in 1542

Many rulers reigned this territory, such as Mughals, Rajputs, Sumras, and Rathores. In the 18th century, the region was made part of Jodhpur State, and later in 1847 British took it from Maharaja of Jodhpur. The legendary Marvi, of Umar Marvi’s story, was imprisoned in Umerkot fort for several years for her refusal to marry Umar, the ruler, who abducted her.

The town can be classified into two distinct regions; land in the north and west is suitable for cultivation/irrigation, while the area on the south and east is mostly desert. There is no natural stream or river here. Due to its geological formation and geographical location, the climate at its two boundaries differs. The temperature in the north-west part is mostly moderate. In contrast, the south-east is usually hot and dry.

The city is rich in heritage and cultural diversity. Several ethnic groups live side by side for centuries. Several shrines of Sufis and Hindu temples are located in the city. People celebrate all the festivities and festivals of all the communities with respect.

Eid and Diwali are enthusiastically celebrated here. Dargah Hazrat Nimano Shah is located at one place, and then Shive Mandir is situated at another. People are peaceful and respectful of each other.

Natives enjoy eating hot and spicy food. Dum Biyani of Umerkot is renowned throughout the country. They are hospitable people and treat their guests with dignity and honor.

The land of Sindh is also well-known for its literature, folk music, and folklore. Rich history and heritage are portrayed artistically here. 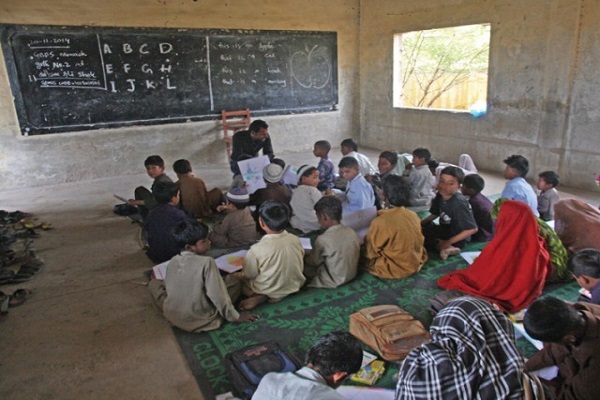 Some schools and colleges in the city include:

Historically the ruler Umer was fond of sports and promoted the spreading of Sindhi cultural sports. Traditional sports such as  Gulli-Danda and Hide-and-Seek are still played in this city. People also enjoy watching and playing sports such as:

The city is striving to catch up with the rest of the districts in the province. The town was a significant center of trade and economic activities in eastern Sindh. Lack of modern infrastructure, facilities, and network of routes inhibit the region from utilizing its potential and contributing handsomely to Pakistan’s economic growth.

The city is primarily an agricultural district. In the past, the region’s role was significant in the trade and economy of eastern Sindh. The area lacks industries and manufacturing units. However, some cottage industries provide a source of income for the residents.

The main occupation of the people is farming for livelihood. The land is conducive for the cultivation of crops such as wheat, cotton, maize, and sugarcane. Several kinds of fruits and vegetables are also grown here, such as onion, chili, and potatoes.

The district is self-sufficient in livestock breeding and animal-based food products such as meat, milk, and cheese. Cattle farming in the region is well-known for commercial purposes like selling during Eid-ul-Azha.

The district and its rural life and some historic and culturally rich places make it worth visiting. Tourist attractions include: 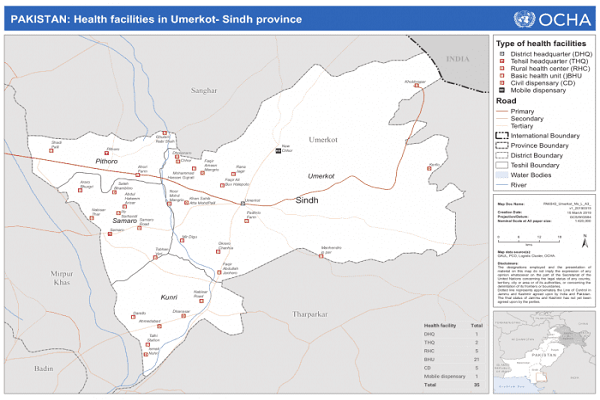 Natives can speak and understand languages such as:

National Highway N-120 and Mirpurkhas Road (75 km long) connect this city with the outside world. Karachi-Hyderabad motorway can also be used to reach the city. A network of railroad tracks and railway stations facilitates visitors to reach close to the city such as:

There is neither domestic nor international airport in the city. Three nearest airports to the city are: