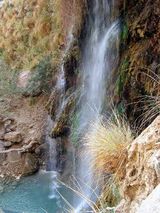 Turbat (Urdu: تُربت), is a city located in southern Balochistan, a province of Pakistan. The town is the administrative centre oif Kech District and Turbat Tehsil, the town itself contains one Union council.[1] Tehsils – Kech/Turbat The town is located in southern Balochistan province in Pakistan. It is situated on the left bank of the Kech River, which is a tributary to the Dasht River. The Makran Range to the north and east descends to coastal plains in the south. The town is a marketplace for dates grown in the surrounding region and has a date-processing factory. Jowar (sorghum), barley, wheat, and rice are also grown, and livestock are raised. Koh-e-Murad (Persian: كوه مراد) is a shrine located in Turbat. This is a sacred place for Zikris where they believe that Muhammad Jaunpuri, who they view as the Mahdi, meditated and offered prayers for a long time.The followers of Zikri sect gather here annually on the night of 27th Ramadan for a ritual visit (Arabic: زيارة‎‎, Urdu/Persian Persian:زيارت‎‎) to this shrine. and also turbat have multilanguial singers. The town has a special place in Baloch folklore and literature, it is the home of Punnu, hero of the romance of Sassi Punnun. The remains of Punnu’s fort can still be seen at  Atta Shad who is considered as one of the greatest poets of Balochi literature was also born in Singanisar, a town in Turbat city. He not only versatile in Balochi poetry but he was also greatly appreciated for his contribution in Urdu poetry. He was unique in his diction and style. He is credited to have written four book include two Balochi books Rochgir and Shap sahar indem, and two Urdu books Singaab and Barfag. He died on 13 February 1998 in Quetta, the capital of Balochistan province. Turbat is the birthplace of Qadir Bukhsh Rind Baloch alias Kadu Makrani was a 19th-century archetypal figure who was born and brought up in Makran, Balochistan. He rose as an insurgent in Kathiawar, Gujarat, martyred and buried in Karachi, Sindh in 1887. His final resting place in Mewah Shah Graveyard (Lyari) which has become the center of inspiration today. He is also remembered as the eastern Robin Hood.
Koh-e-Imam lake. Is a Holy Place, its mountainous range stretches more than 15-25 km from main Kech (Turbat) City. Where you find many picnic points as there are many natural water reservoirs, during rainy seasons. In koh-e-imam there are also centuries old tombs we call them DAMD in Balochi Language. They are mysterious in a sense that people still don’t find facts about the tombs aside of the river which is almost more than 100 km. Turbat is the Divisional Headquarters for the Makran and has grown considerably in recent years to become an important data processing centre. However, the development of industry and enterprise is restricted by the absence of surfaced road linking it with the rest of the country. The town, of little interest in itself, consists of a dusty bazar and main street, with most of the new development spread out over a wide area to the south. Miri Kalat, situated around 10 kilometers west of Turbat, on the north bank of the Kech River, is an important historical site with the ruins of a large fort perched on top a high mound. Excavations have revealed evidence of continuous occupation from at least the Harappan Period (2700 BC) until around 100 years ago. Little remains of the fort’s walls and towers, although it is likely that the high mound on which the fort is situated conceals older walls, perhaps up to 10 meters high. Buildings and artifacts are chronicling over 4500 years of habitation. An Italian team has been involved in excavating the site in recent years, although until there is a comprehensive plan for the conservation and the management of the site, it is unlikely to be fully excavated.Punnu, Hoth prince and the hero of the romance of Sassi Punnu, belonged to Turbat. The remains of Punnu’s fort, surrounded by date trees on a high ground visible from far distance, can still be seen at Turbat. It is considered as one of the main historical counts of Turbat.[2] high ground visible from  —–   far distance, A sect Zikri, are still to be found in the Makran region, particularly around Turbat, where they have established a position of strength in the business community. The Zikri sect is associated to the Mahdevi Movement which was started in the 15th century by Sayid Mohammad Joneri, who proclaimed himself a Mahdi (rightly guided one). One of his followers Mullah Mohammad is thought to have brought the faith to Makran, perhaps arriving with the Buledais tribe from Helmand. Although they consider themselves to be Muslims but they are frowned upon by orthodox Islam. There have been attempts by various parties in Baluchistan to have them declared as non-muslims and be classified as a religious minority. The all important hajj to Mecca is replaced by an annual pilgrimage to Koh-e-Murad (hill of fulfillment) near Turbat, where some believe the Mahdi is buried. Local animistic and elemental beliefs, which existed before the advent of Islam still exert a strong influence, particularly amongst the Meds. Most diseases are considered to be the result of a person being possessed by a spirit. Patients are first taken to the local Mat, somewhat akin to Shaman, who induces a trance in the patient and speaks through them to the spirit. Conditions are then agreed for the spirit to leave the patient, usually involving the holding of a Leb, or meeting, at which there is further chanting and induced trances until the spirit is appeased. Koh-e-Murad is a shrine and a sacred place for Zikris where they believe that Muhammad Jaunpuri, who they view as the Mahdi, deliberated and offered prayers for a long time. The followers of Zikri sect gather here at the night of 27th Ramadan for a ritual visit to this holy place. The Zikri kalima even differs from the other Muslims.[3] One of his followers —-   Mullah Mohammad Turbat has an international airport which offers direct flights to Gwadar, Karachi, and Sharjah, (U.A.E). The road network links Turbat with Panjgur and Kalat to the northwest and Pasni to the southeast and to Karachi in the East and Qutta.
Turbat International Airport is the second biggest Airport of Balochistan after Quetta. The airport is situated 5 KM South of the City.
[5] Turbat” – travel

Being a small under developed place, the majority of residents in Turbat live in shelters or huts made of thatch as it allows free flow of air but prevents the convicts from dust and sun. Turbat has been otherwise a neglected area of Baluchistan since long due to scarcity of water and shortage of funds whereas it has been recognized as a headquarter of Baluchistan, Moreover now a days in Turbat the state of affairs aren’t stable rather getting worse because of Baluchistan being the focus centre for terrorism spotlight. Few years back, Mirani Dam in Kech area of Makran district with a catchments area of 12,000 square kilometres was built about 30 miles west of Turbat on Dasht River at a cost of Rs 6 billion, including Rs1.5 billion paid in compensation to the affected people. It will have a storage capacity of over 300,000 million acre-feet of water. The project launched in 2002 was conceived in 1956. Turban has remained the centre where human rights were adversely violated. [6] Being a small under  ——   developed place