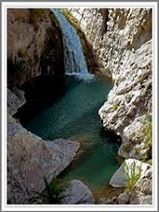 Sibi (Balochi: بلوچ ‎‎) (Urdu: سِبی‎) is a city of Balochistan province of Pakistan. The city is located at 29°33’0N 67°52’60E at an altitude of 130 metres (429 feet)[1] Location of Sibi – Genomics and is headquarters of the district and tehsil of the same name. The climatic and topography of Sibi District is quite varied compared to other districts of Balochistan. It is also known as the “Hot spot” of Pakistan where the temperatures in the summer exceed far above normal 52.6 °C (126.7 °F). The district has two sub-divisions, Sibi and Lehri, which are further organized into tehsils and sub-tehsils: Sibi, Lehri, Kutmandi and Sangan. Besides the town of Sibi, the district includes the hill station of Ziarat, the summer residence of the government and The Victoria Memorial Hall, now known as Jirga Hall,[2] Government of-“ Sibi” which was built in 1903. As of 1963, nine percent of Sibi’s population were Hindu.Until the end of the 15th century the district had been a dependency of Multan and had been part of Ghaznavid Empire ruled by petty chief named Nasiruddin Kubacha Around 1500 it was taken by Shah Beg of the Arghun Dynasty from Samma Dynasty of Sultan Of Sindh. and so came under the control of Kandahar. However, during the period of Mughal rule the territory was once again ruled from Multan. In 1714 the territory was conquered by the Kalhoras Amirs of Sindh,[3] Sibi – pakistanpaedia but they were then displaced by the Durranis. During the short rule of the Durranis the local administrators were nominated from the Barozai Sub clan of the Panni Tribe. In the 19th century it fell under Marris and Bugtis hand. To finish rebellion in the area as raised by Marri & Bugti Tribes, the British signed the treaty with Khan of Kalat in late 19th century where under the Sibi, Shalkot and Chagai territory leased out to British India.The District of Sibi was established in 1903 during British Rule its area was larger than the current district and lay between 27°55′ and 30°38’N and 67°17′ and 69°50’E lying south of Loralai District, north of the Upper Sind Frontier District, west of Dera Ghazi Khan District and east of Kachhi, Bolan Pass and Quetta– Pishin. The total area of the district was 11,281 square miles (29,220 km2), but this included Marri Bugti county (7,129 square miles) which not directly administered by the British, leaving 4,152 square miles (10,750 km2) that were directly administered by the British The population according to the 1901 census of India was 74,555 or 18 persons per square mile, the district contained four tehsils these were: Sibi-Rakhni road project would be completed by July 2015. Completion of this project would open up new era of progress and prosperity.These views were expressed by Commissioner Sibi Division Sher Khan Bazai while addressing a Press conference here Friday.Commissioner said roads play significant role for uplift of any area and prosperity of people. Sibi division is the only area in Pakistan where its headquarters is deprived of road and rail facility. It is regretted that when Commissioner or any officer visit other district Kohlu, Ziarat, Harnai or Dera Bugti they have to cover miles. When it is our situation who difficulties common man would have to face he said.He said several areas of division depict old time situation during present age. They are deprived of education, health, road, gas, electricity because of non availability of means communication. He said federal and provincial governments were taking interest to raise living standard of people. He said several important projects were underway in all districts of Sibi Division with particular reference to Sibi-Rakhni road. Federal government decided to start Sibi-Rakhni road project to link Sibi with Punjab via Kohlu, Barkhan and Rakhni during 1975. Sibi Seaport (IATA: SBQ, ICAO: OPSB) is a domestic airport located at Sibi, a city in the Balochistan province of Pakistan.Pakistan International Airlines operated flight to the airport in the late eighties using the Fokker F-27 from Karachi. However the route was dropped in the early nineties.A Civil Aviation Authority tender was issued on March 9, 2009 requiring the repairing the runway of the airport.

Sibi Mela is a very popular event which occurs every February and is observed since 16th century throughout.