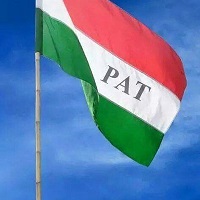 The Pakistan Awami Tehreek, also called PAT, is a Pakistani political party established by religious scholar Muhammad Tahir ul Qadri, who participated in general elections in 1990 & 2002. The party is striving for democratic political values in Pakistan.

The party’s primary focus is towards the betterment of individuals on cultural, religious, and social footings to aware them of their duties and rights to present a scientific, rational, and realistic image of Islam. The article carries every detail, including Pakistan Awami Tehreek Leaders. 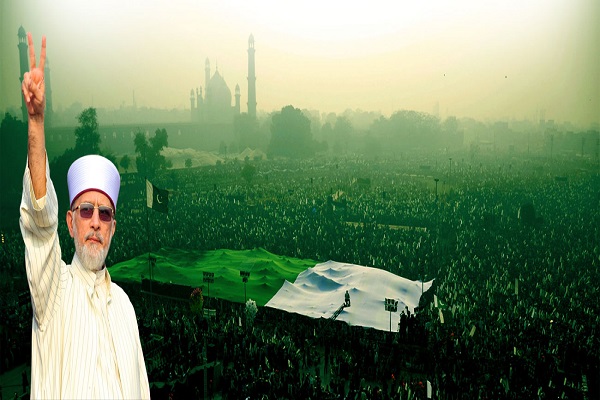 Dr. Tahir-ul-Qadri, the PAT chief, announced Pakistan Awami Tehreek’s establishment in a public gathering on 25th May 1989 at Mochi Gate of Lahore. He has worked as the opposition leader from 1983 to 1993 and tried to mention the Government’s mistakes and suggested ways for upgrading the situation of economic, educational, and political fields.

Tehreek-e-Nifas-e-Fiqh-e-Jafria and PAT signed the ‘Communique of Unity’ for the promotion of religious and social harmony. In another move, PAT introduced for the 1st time in Pakistan’s political history the idea of a ‘working-relationship’ between 3-national political parties Tehreek-e-Istaqlaal, TNFJ, and PAT.

He gave a detailed working strategy for interest-free banking encompassing all types of international and national transactions appreciated and recognized by all society segments, including banking and industrial professionals. 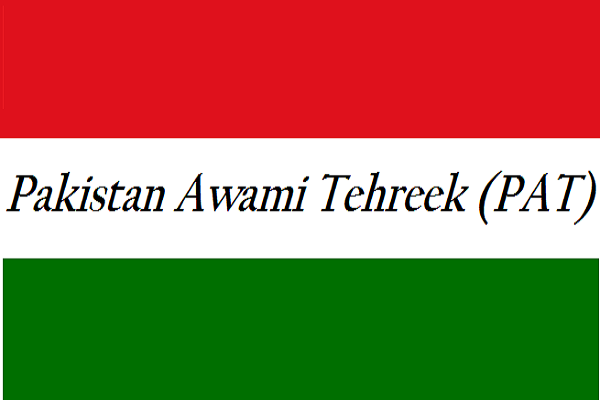 Pakistan Awami Tehreek fielded contestants throughout Pakistan in general elections that were held 1-year after its foundation. The party failed to win any single-seat, but polls worked out to promote its message throughout Pakistan.

PAT’s leadership made efforts to unite political and religious leaders before the 1993 elections to offer a substitutive direction to the nation. However, all political parties joined several political alliances made by invisible hands. Observing a sharp political division.

After in-depth contemplation, PAT’s General Counsel concluded that the existing system of elections wouldn’t perform as the bridge to achieve the target of resolution. Thus, it announced to boycott the political activities and took steps to develop an awareness in individuals caught in feudalism and capitalism clutches.

Pakistan Awami Tehreek introduced the ‘Mass-Educational’ project at the local level, and under this project, several educational institutes were established.

The Government of PML-N, in its 2nd stint from 1997-1999, began the exploitation of its political rivals. Cases of political nature were filed against them. The Govt tried via legislation to declare PM Nawaz Shareef unaccountable and powerful. On 8th Aug 1998, the Shariat bill was passed.

However, they later issued a fourteen-point Islamic Social-Order on 18th March 1998 to establish an Islamic-Welfare state. This political alliance, however, couldn’t last long and got disbanded in 1999.

PAT participated in the 2nd general elections held in 2002. Only its chief Tahir-ul-Qadri succeeded in getting elected to Pakistan National Assembly from Constituency NA-127 in Lahore. Based on integrity and competence, the Pakistan Awami Tehreek distributed the party’s tickets among party workers who belonged to the middle class.

Still, they failed in winning elections due to their ineligibility to meet the expectations and demands of Pakistan’s politics.

On 5th Oct 2004, chief of PAT Dr. Mohammad Tahir-ul-Qadri gave resignation from NA seat in the protest against military ruler Pervaiz Musharraf for taking charge of President and COAS (Chief of Army Staff) that was 1st resignation in Parliamentary history of Pakistan.

Qadri issued a resignation statement consisting of eighty-five pages and presented it in NA as the national document that unveiled secret power-play and conspiracies. After his resignation, he assigned his party workers the mass awareness task and went abroad to continue his research.

PAT’s General Council described the 2008 General elections as deficient in transparency and fairness. Thus, it announced to boycott these polls.

Addressing the meeting of Majlis-e-Shura of MQI in January 2011, the party’s chief stated that the prevailing Pakistani political system protects three percent ruling elite, and ninety-seven percent who are poor have turned into slaves of the corrupt and biased political system.

Tahir led a historical long-march on 13th Jan from Lahore to Islamabad to highlight the need and importance of electoral reforms before the 2013 General elections.

A peaceful and disciplined sit-in was arranged in front of the Parliament House. However, it ended after an agreement between the Government and PAT assuring electoral reforms by Government.

Despite issuing a written agreement assuring the introduction of electoral reforms and conduct elections according to constitutional and legal requirements, the govt back out of its agreement. An election-commission that was formed unconstitutionally presided over the 2013 elections.

So, the PAT’s general council declared a boycott of the 2013 General elections. All parties displayed their unity on the stance of Qadri. 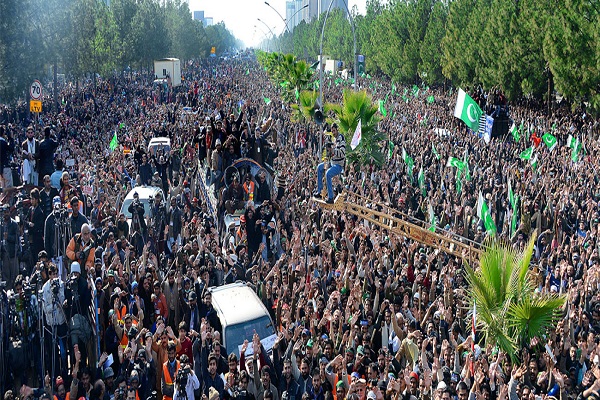 On 17th Jun 2014, Model Town Operation between the party activists and Punjab police resulted in the deaths of many unarmed protestors by firing of the police.

The operation lasted for around eleven hours when an anti-encroachment team of police initiated a process for removing barriers from the street in front of Minhaj-ul-Quran’s offices and residence of Qadri in Model Town.

Dr. Mohammad Tahir-ul-Qadri led a historical long march on 14th Aug 2014 from Lahore to Islamabad to get justice for model town martyrs and send the Govt home. Their sit-in continued for seventy days in front of the Parliament House.