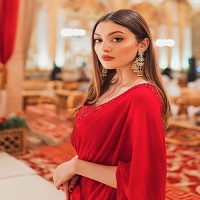 Neha Rajpoot is another stunning and young Pakistani model who gained fame because of her stunning looks. He has also appeared in a few dramas as an actress but couldn’t get recognition. She is a dual nationality holder and is considered one of the top models of Pakistan. Neha has appeared in many music videos as well.

A few months ago, she was linked with Shahbaz Taseer that turned out to be accurate, and both tied the knot on 24th September 2021. Shahbaz Taseer, the son of Salman Taseer, remained missing for many years due to personal conflicts. Neha is a young and alluring Pakistani model and an actress who joined showbiz at a very young age and, with her charming personality, won the hearts of millions of people. Being half Pakistani and half Ukrainian, she is considered one of the highly adored models and is always ready to experiment with new looks and styles.

She is included in the list of top-class models of the Pakistani industry whose photogenic face makes her more prominent and more beautiful. Neha surely knows how to remain the center of attention.

She was born on 10th January 2000 in Lahore, Pakistan. She lived in the UK too, but she currently resides in Pakistan due to her work commitments. She holds both Pakistani and Ukrainian Nationality.

A few months ago, Maheen Ghani, ex-wife of Shahbaz Taseer, made allegations regarding her husband dating a Pakistani model. Later, pictures of Neha and Shahbaz started circulating on social media, which confirmed the news. On 24th September 2021, both tied the knot.

Shahbaz Taseer was kidnapped by the militants a few years ago, and he remained missing for many years. He has a daughter from his first wife, Maheen Ghani.

Neha is one of those Models who adapt herself in every sense of fashion and has earned popularity at a very young age. She has worked and is still working with very well-known names in the fashion industry, such as Sapphire, Al Karam, and Ali Xeeshan. She has walked on-ramp for huge designers and with many other talented models, including Hasnain Lehri, Nabeel Zuberi, and many more.

She is a treat to work with who has also appeared on the cover page of various magazines. She primarily works with different brand designers.

She debuted on a small screen in an ARY digital drama Moray Saiyan starring Kinza Hashmi, Uzair Jaswal, Irsa Ghazal, and many others. However, she didn’t proceed with her acting career and stuck herself to modeling. 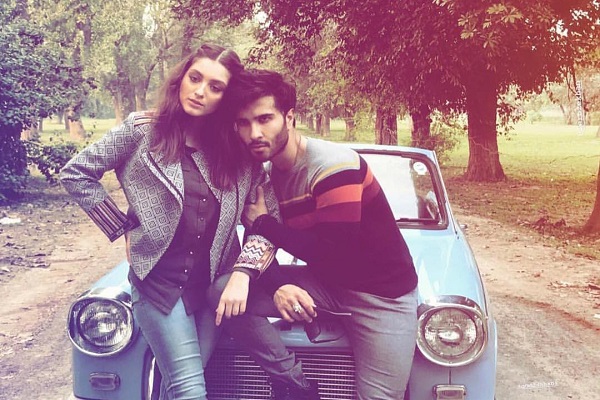 A: Yes, due to her mother’s homeland, she has spent many years of her life in Ukraine.

Q: Who is Neha Rajpoot?

A: She is a young model and an actress who belongs to Pakistan. She has appeared in many music videos as well.

Q: What is the relation between Nega Rajpoot and Shahbaz Taseer?