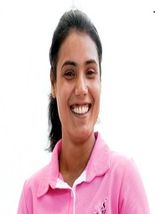 
Naseem Hameed Pakistani athlete is a Young, motivated woman who got an honor of representing Pakistan at an international level where she won a gold medal. She is currently running her own academy where she trains different motivated girls. This article contains all the information about Naseem Hameed biography and Naseem Hameed career. Naseem is a brave, conscientious and inspiring woman who is making Pakistanis proud all over the world by winning the title of ‘Fastest woman’. She is a Pakistani track and field athlete who is practicing since when she was only 12 years old. She also did practice in the Army grounds of Korangi and has been a part of a number of local events that she won. She is indeed an inspiration for so many women who let their desires and talent down just for gender discrimination. She has proved that hard work is the key to success.

She was born on 1st May 1988 in Karachi and still resides there.

She belongs to a very poor and a conservative family where women are not allowed to even get higher education but due to her parent’s support and her own determination, she achieved success one after another. She faced a lot of criticism from her family members and from different people but it didn’t affect her passion and determination.

Because of financial issues, she couldn’t get higher education so at the age of 12 she started fulfilling her dreams by partaking in different local events of race and athletes. During her rehearses, she got noticed by the Army caches who later allowed her to do practice in Army grounds near Korangi. She went on winning a number of local events which brought her to the place to represent Pakistan in the 2010 South Asian Games in Dhaka.

In 2010 she got a chance to represent Pakistan in South Asian Games in Dhaka where she made Pakistan proud by winning the Gold Medal in 100 Meters and also earned the title of ‘Fastest woman’. She was also honored with the title of ‘Queen of a track’ which is indeed the result of all her efforts. She was being trained under the coaching of Maqsood Ahmad. Sadly she faced much criticism after her greatest victory. She had the desire to participate in the 2012 Olympics but due to lack of financial support from the government, she couldn’t.

She has opened her own academy in Korangi with the name ‘Naseem Hameed Sports Academy’ where she trains young and motivated girls. Her own academy is indeed one of the greatest achievements of her as mentioned in content.pk. According to Naseem ‘ Girls aren’t supposed to run, You are always running around like a crazy person’.

In 2012 during the tenure of Pakistan Peoples Party, Asif Ali Zardari appointed her the Brand Ambassador of Sports in remembrance of her success and talent. Afterward, the Vice president of Mobilink, Bilal Munir paid tribute to her by appointing her the ambassador and appreciated her in a ceremony for achieving her goals and ambitions.