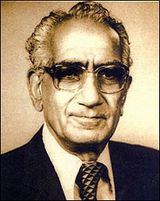 
Not only the poetic but also the national status of Hafeez Jalandhari needs no introduction. Through poetry, his services to the country and the nation are an example of its own right and an imitation cause for young writers. It would not be wrong to say that his soul belonged to Mujahid and his heart belonged to the poet. He was a poet of poetry and ghazal. However, his greatest achievement is ‘Shahnameh Islam,’ which was published in four volumes. His other significant achievement is the national anthem of Pakistan. He will always be remembered for creating this anthem. This article has all the information about Jalandhari, including Hafeez Jalandhari Biography. Jalandhari spent more than half of his life cultivating knowledge and literature. As the originator of the national anthem, he lives and will live in the hearts of Pakistanis with full respect and love. Whether his artwork is a systematic history of Islam, Shahnameh-e-Islam, or national anthem of Pakistan, everyone left an impression on the listeners and readers. In recognition of his services, he was awarded the titles of ‘Poet of Islam’ and ‘Poet of Pakistan.’ In return for his scholarly and national services, he was also awarded ‘Hilal Imtiaz’ and Pride of Performance’ by the government.

He was born on January 14, 1900, in a Rajput family in Jalandhar Punjab (British India). After India’s partition in 1947, he migrated to Punjab’s city Lahore.

His father Shamsuddin was a memorizer of the Quran. At the age of seventeen, Hafeez married his cousin Zeenat Begum, from whom he had seven daughters and no sons. In 1939, he remarried to a middle-aged English woman, but the marriage soon ended in divorce.

He passed away on December 21, 1982. He was embedded in Model Town Lahore, and after some time, his body was shifted to a shrine near Minar E Pakistan. With his death, a chapter of knowledge and literature was closed, but his knowledge will continue to irrigate us.

To give honor to his series ‘Poets of Pakistan’ Pakistan Post issued a memorial postage stamp in his honor in 2011.