By tauseefanwarDecember 9, 2017No Comments9 Mins Read 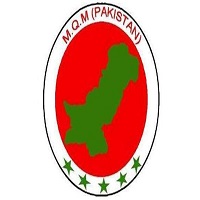 Kite is an electoral symbol of M.Q.M. In 1978 Altaf founded it as A.P.M.S.O. (All Pakistan Muhajir Student Organization), and in 1984 A.P.M.S.O. created Muhajir Qaumi Movement. In 1997 M.Q.M. replaced Muhajir in its name with Muttahida. From 1988 to 2013, the party kept an influence over the federal government of Pakistan.

In Aug 2016, after the 22nd speech of Altaf, there was a military crackdown on M.Q.M. and Nine Zero; the party headquarters was sealed, and party leaders, including Farooq Sattar, were detained and elected parliamentarians of M.Q.M. were pressurized to separate themselves from Hussain. This article has every detail, including Muttahida Qaumi Movement History. 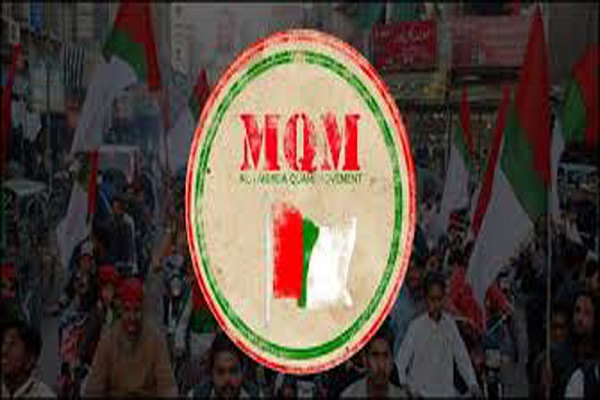 Muhajirs, the Urdu-Speaking Muslim community, migrated to Pakistan in 1947 after its separation from British Raj. There was a diverse range of different ethnicities, including Gujarati and Urdu speaking immigrants, Baluch, Pashtuns, Punjabis, and other foreigners from many South-Asian countries.

Those Muhajirs advanced in bureaucracy and commerce, but several resented quota systems facilitated Sindhi people in getting civil service jobs and university slots. These ethnic conflicts led to the political mobilization of Muhajirs, and the deteriorating economy and situation of Biharis in Bangladeshi camps further provoked the situation.

The 1st political body of Muhajirs named ‘All Pakistan Muhajir Student Organization’ (A.P.M.S.O.) was established on 11th June 1978 by Altaf Hussein at the University of Karachi. On 18th March 1984, A.P.M.S.O. grew into an organized political set-up ‘Muhajir Qaumi Movement.’

Its establishment’s primary purpose was to protect the Muhajir population, who considered themselves as sufferers of biasedness and suppression by a Quota Setup that preferred particular ethnicities for jobs in civil services and admissions in educational institutes.

In its initial years, the party attracted huge crowds, and a protesting rally of 8th August 1986 held at Nishtar Park in Karachi was evidence of the party’s success.

After three years of its existence, the party won the local-body electoral process in Nov 1987 in Hyderabad and Karachi, and many mayors won unopposed. P.P.P. (Pakistan People’s Party) won a maximum number of seats in the 1988 general election and made an alliance government in province Sindh with the assistance of M.Q.M. 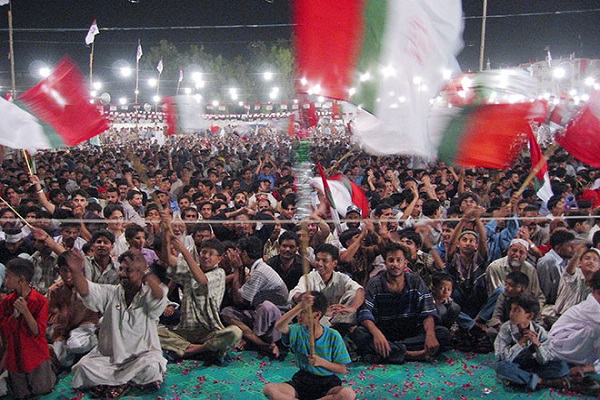 An agreement was signed consisting of fifty-nine points named as Karachi Accord; this agreement included the statement about safety and protection of political rights and democratic system, urban development objectives, and creating the criteria for admissions to colleges and universities.

End of the Alliance

After a few months of this agreement, conflicts occurred, and ministers of M.Q.M. in Sindh-cabinet resigned due to non-implementation of the deal. So, in Oct 1989 alliance ended, and M.Q.M. allied with opponents of P.P.P.

Initiatives for Benefits of Public

During this time, M.Q.M. started taking initiatives for public benefits. In 1978 M.Q.M. founded the social welfare initiative named Khidmat-e-Khalaq committee, which was transformed into K.K.F. (Khidmat-e-Khalaq Foundation) in 1998.

In Oct 1990 elections, M.Q.M. rose as 3rd powerful party in Pakistan and allied with P.M.L. (Pakistan Muslim League) to found a provincial-government in Sindh; P.M.L. formed the federal government. The M.Q.M.’s smaller factions got separated from the main body. Amir Khan and Aafaq Ahmed created M.Q.M. Haqiqi, the largest faction of M.Q.M.

The target of Operation Clean-up

The M.Q.M. remained on target of Operation Clean-up of Pak Army from 1992-1994. That period is known as the bloodiest period in Karachi’s history, with many M.Q.M. supporters and workers’ assassination.

Orders of Operation Clean-up by Government

PM Nawaz Shareef’s government passed a resolution in 1992 in assembly to start a military operation to target seventy-two big fishes in Karachi. The government stated this operation’s reason to end terrorism and confiscate unauthorized arms in Karachi. 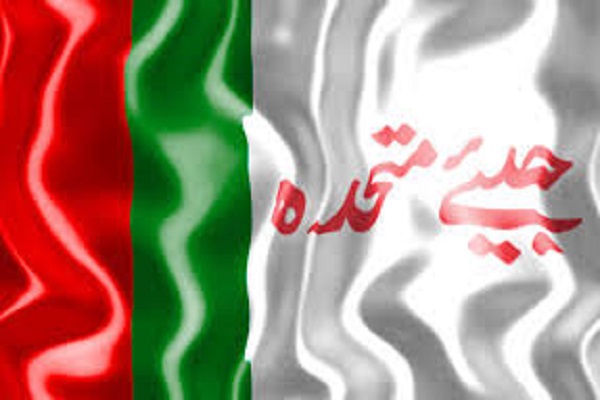 In 1992 the Operation Clean-up started to arrest all terrorists ignoring their political ties. M.Q.M. considered this operation conspiracy to wipe out this party from Pakistan and triggered strikes and protests. The situation of lawlessness prevailed in the country that led to the dissolution of the National Assembly.

During the violence of 1992, Hussein left the country after issuing a warrant in his connection to a murder. Since then, he is running M.Q.M. from London.

During Operation Clean-up, the party was accused of planning a separate state, ‘Jinnahpur.’ Later, some senior military officials, Brigadier (Retired) Imtiaz and General (Retired) Nasir Akhter, admitted that this accusation was merely a drama planned against M.Q.M. for army operation.

The M.Q.M. won seventeen seats out of two-hundred and seventy seats in general elections 2002. In the 2008 elections, the party secured Twenty-Five seats in Pakistan National Assembly and Fifty-Two seats in Sindh Provincial Assembly.

In 2013 M.Q.M. filed a Rupees Five billion defamation case against PTI’s chairperson Imran Khan at Sindh High Court for issuance of statements against the chief of M.Q.M. Altaf Hussein. 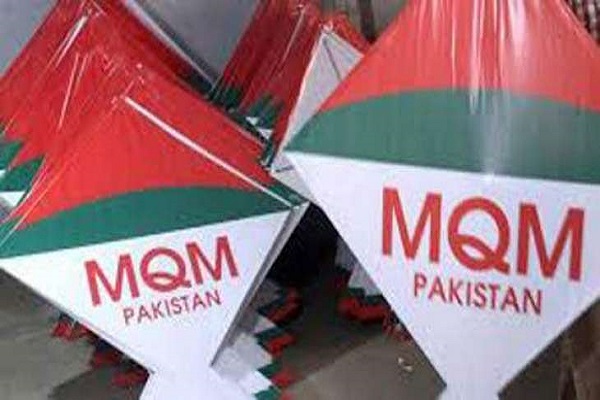 The Metropolitan Police in 2014 raided London’s home of Altaf on suspicion of the money-laundering. Since 1991 Hussein is residing in London.

The M.Q.M. boycotted the 2018 elections due to the military’s intervention in political matters; MQM-P was a separate party that contested elections using M.Q.M.’s traditional symbol. That was the 2nd boycott of general elections and the 3rd boycott of all the polls, including the 2001 local-bodies election.

M.Q.M. has many chapters worldwide, including the U.S.A., South-Africa, Canada, Japan, and several European countries. The current head of M.Q.M. North-America is ex-Federal Minister Ibad Rehman and Khali Maqbool.

The leadership of M.Q.M. faced arrests after the controversial speech of Hussein and an attack on the A.R.Y. channel by party workers. This attack angered the media, and it started criticizing M.Q.M. The establishment was also discontented by Altaf’s words of ‘Pakistan Murda Baad.’ 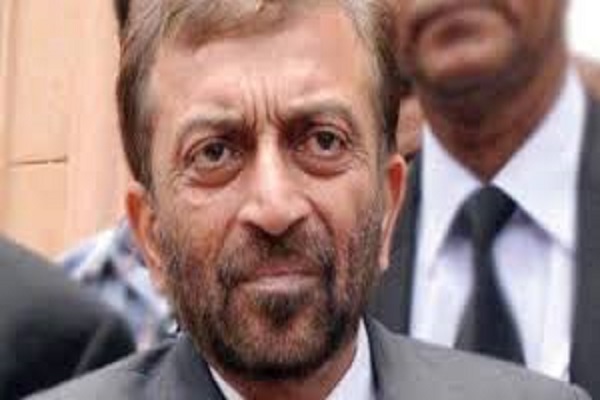 Conflicts between Nadeem and Farooq

Shortly after getting released, Farooq parted his ways with Altaf saying that Altaf’s words were unacceptable. On 21st August 2016, according to ECP, Farooq Sattar is not an M.Q.M. leader; instead, Nadeem Nusrat is a leader. At the same time, Nadeem stated that the Minus Altaf formula is unacceptable.

On 22nd September, Nadeem regarded moves of Farooq against the rules of the party and emphasized that he is the elected convener. He dissolved the party’s infrastructure, including Rabita Committee, and ordered the resignation of MQM-parliamentarians from the assemblies and participating in new elections.

The Baldia Town factory, a garment factory, caught fire, and chemicals stored in the factory were ignited. On 7th February 2015, this fire case took a surprising turn when rangers reported that M.Q.M. was responsible for that deadly fire killing at least two-hundred and fifty-eight factory employees. M.Q.M. was suspected of setting this fire to get extortion money from factory owners.

Sindh Police launched this operation in 1990 to target workers of M.Q.M. in Hyderabad Pakka Qilla. More than Two-hundred and fifty innocent women, children, and men were killed during this operation that continued for 275-hours before the Pak army finally moved in. 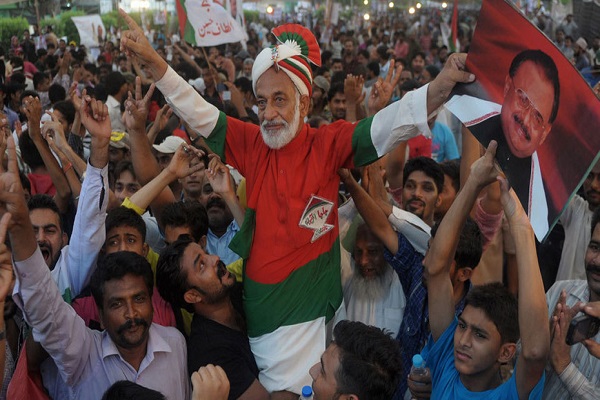 In 2013 Nawaz Shareef initiated the Karachi operation due to the rise increased rate of Target Killing, extortion crimes, kidnapping for money, and increased crime ratio in the city. Despite Interior Minister Chaudhary Nisar’s claim, intentions of this operation were apolitical; there were crackdowns against the party.

Parliamentary Rangers raided the Head office of M.Q.M. twice, and several M.Q.M. officials were detained. On 22nd August 2016, M.Q.M.’s head office was sealed, and many offices of M.Q.M. were bulldozed.

Ban on Speeches of Altaf

Anti-Terrorism Court and Justice Naqvi of Lahore High Court banned images and speeches of Hussein and issued his arrest warrants several times. Renowned and competent journalists accepted that these operations were only against the Muttahida Qaumi Movement.

Rangers brutally fired the M.Q.M. activist Waqas Shah by a 9mm pistol fire during their raid on Nine Zero.