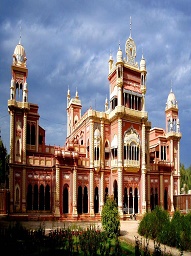 Khairpur is known for the dates grown in this region, the fort of Kot DG, archeological site of Kot DG which in itself is a chapter of the pre-history of Indian subcontinent, and the shrine of Sufi poet Sachal Sarmast at Darazan Sharief.There is a university in the city as well. Khairpur is a small city in the north of Sindh the south eastern province of Pakistan. Khairpur although considered small, is 15th largest city of the contry. 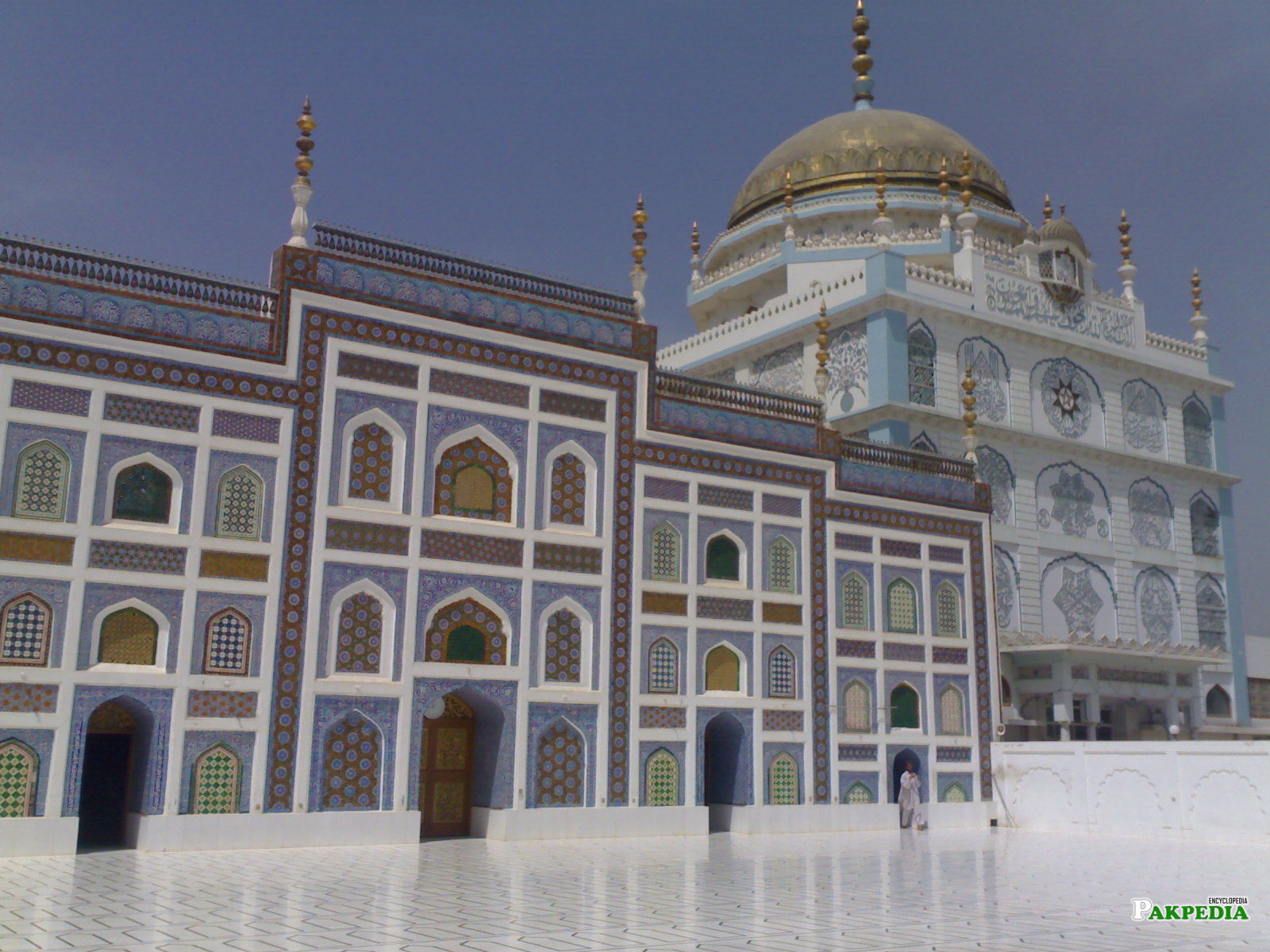 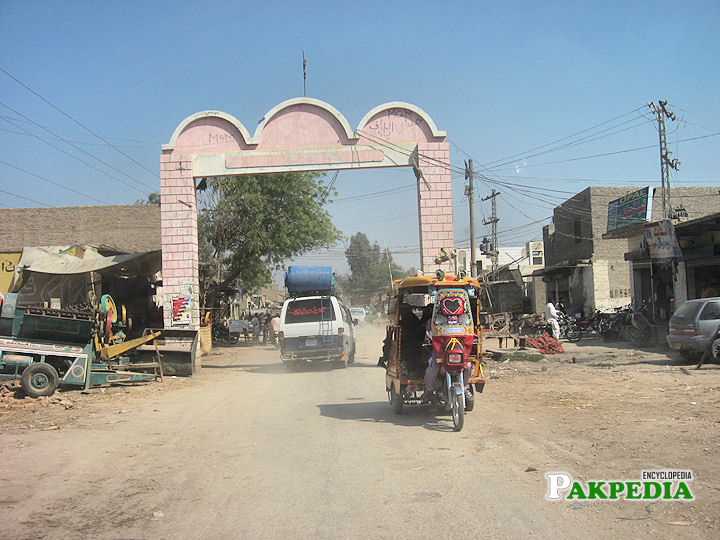 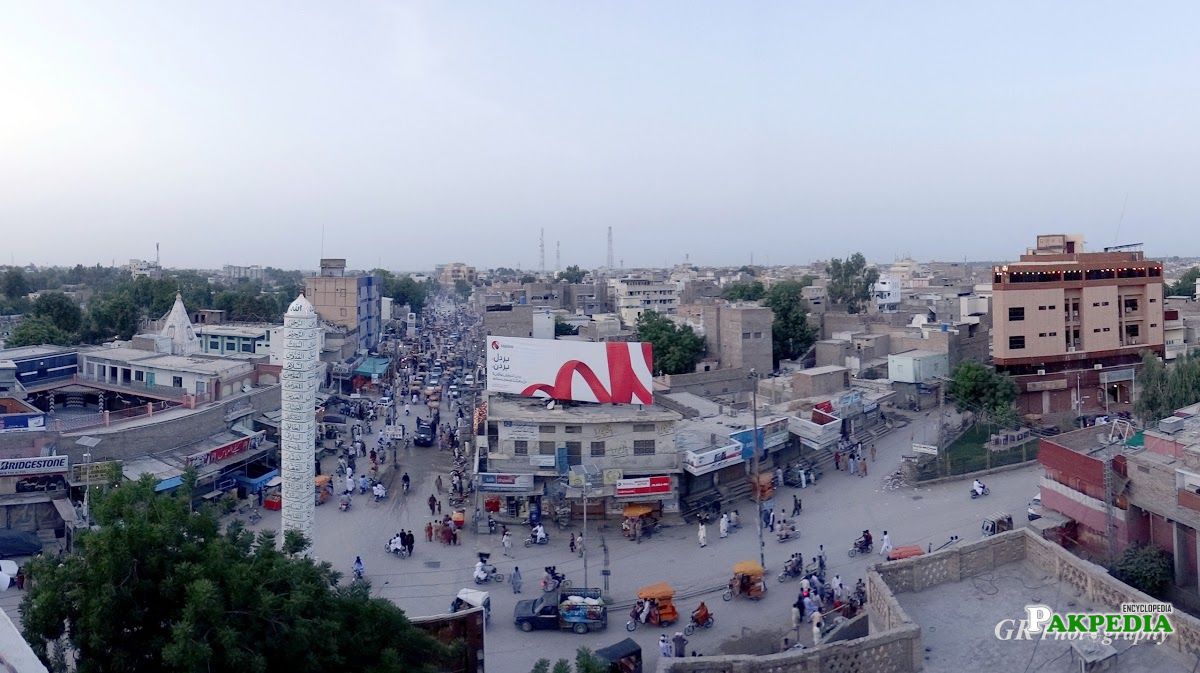 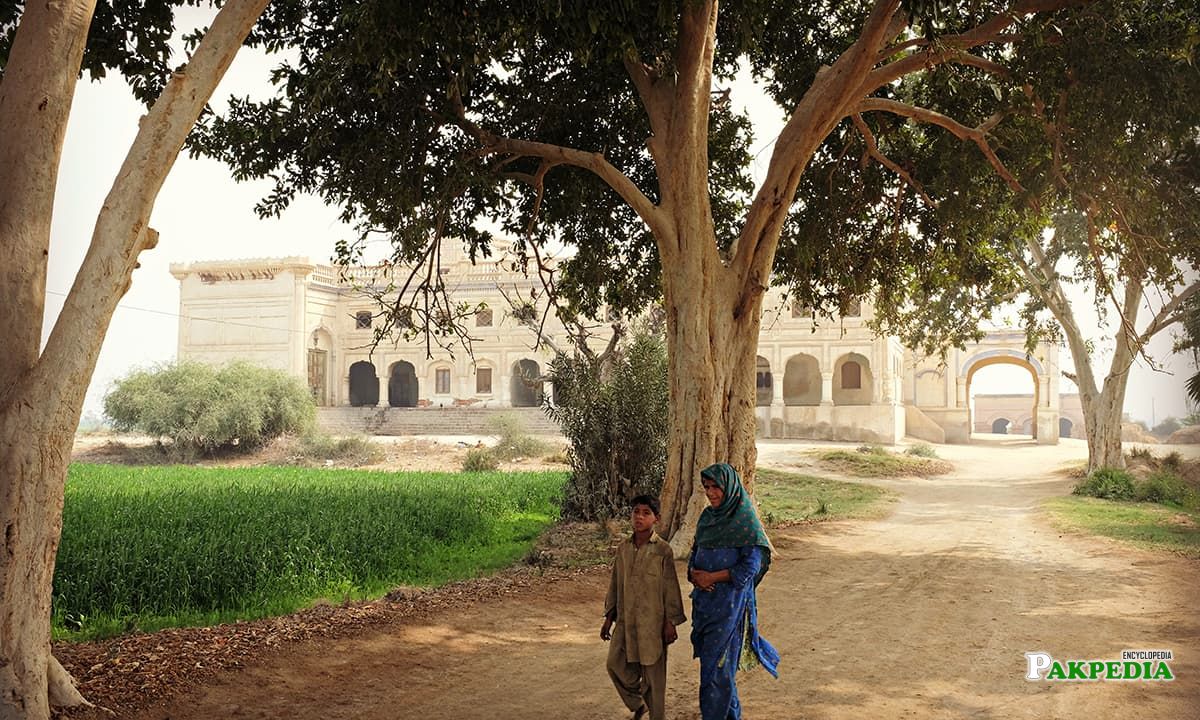 Children walking by the entrance of Sheesh Mahal in Khairpur 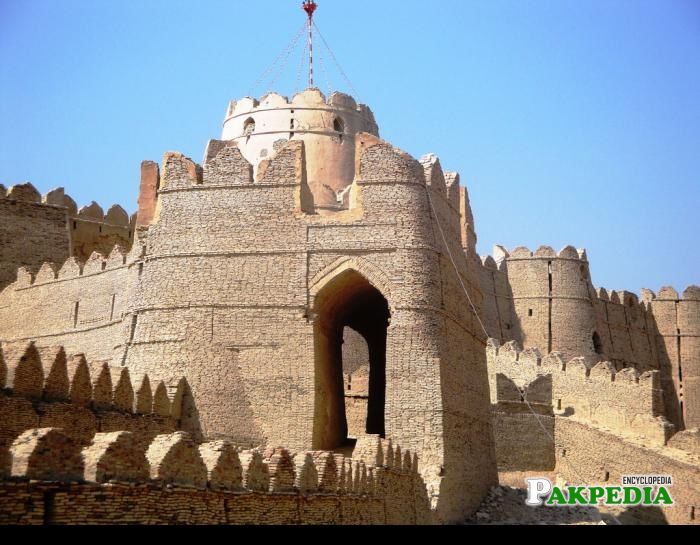 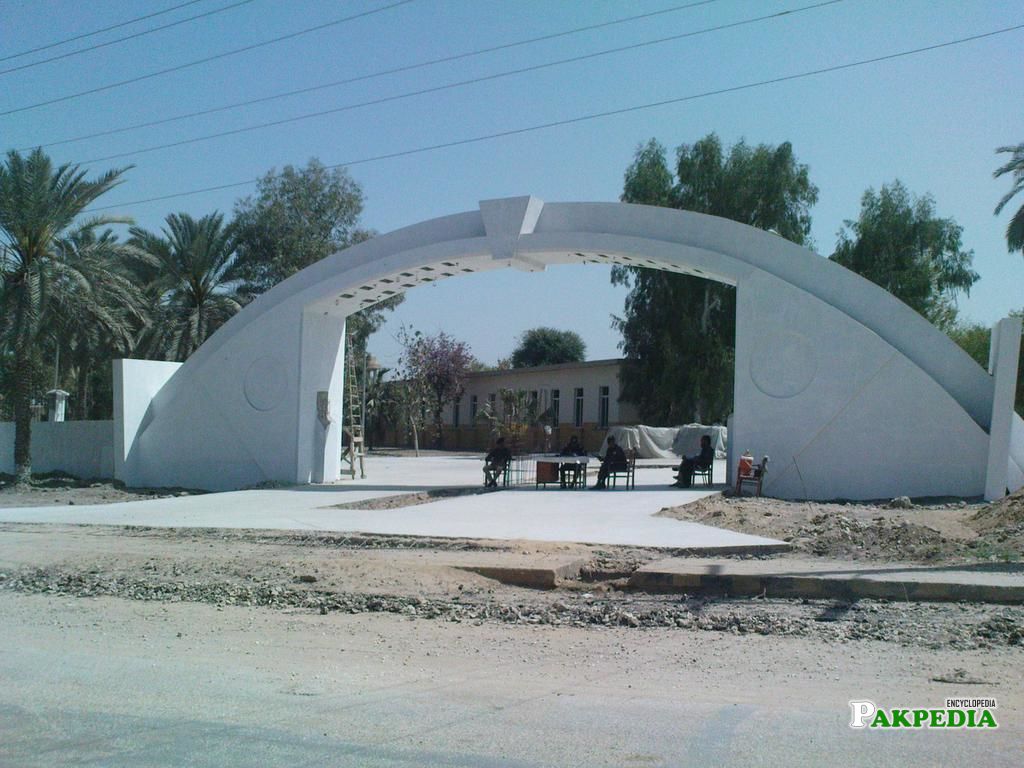 Khairpur is known as Khairpur Mirs (The Kharpur of the kings). It was a semi autonomous kingdom before the partition and was ruled by Talpur family known as Mirs. Mir Sohrab established himself as the Rais-ul-ummarrah (Paramount Ruler) of Upper Sindh, maintained independent Sovereignty and his own currency separate from Lower Sindh ( Hyderabad). At its greatest extent, Khairpur ranged from Gandava (now in Balochistan) to Shahgarh (now in India). 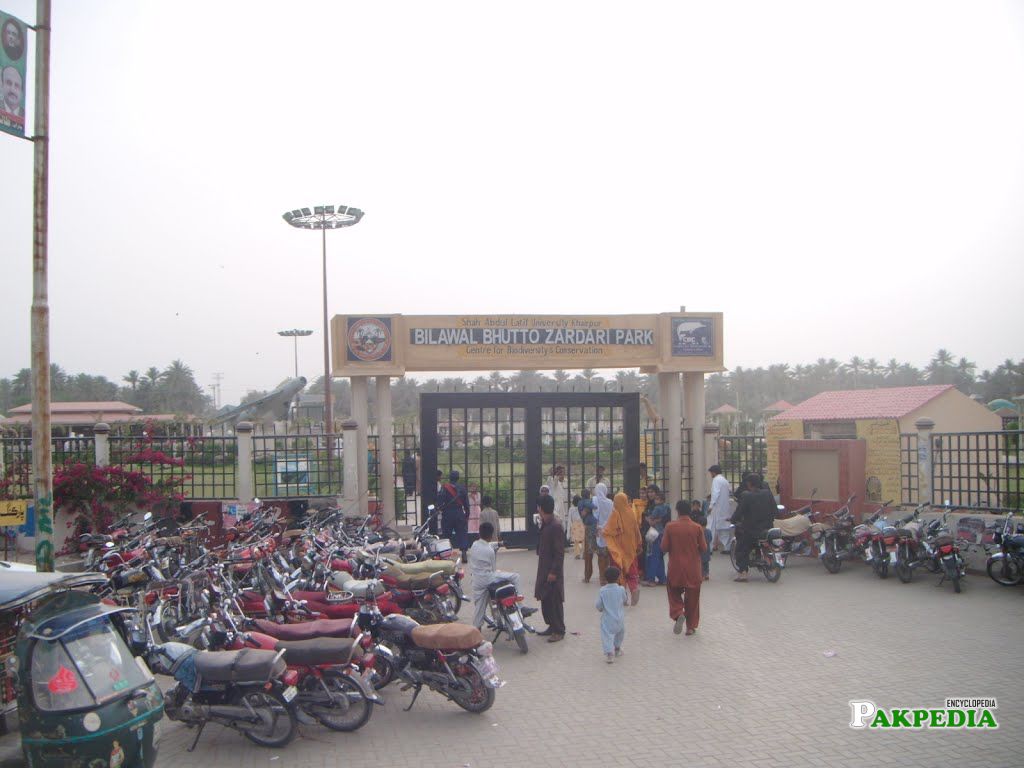 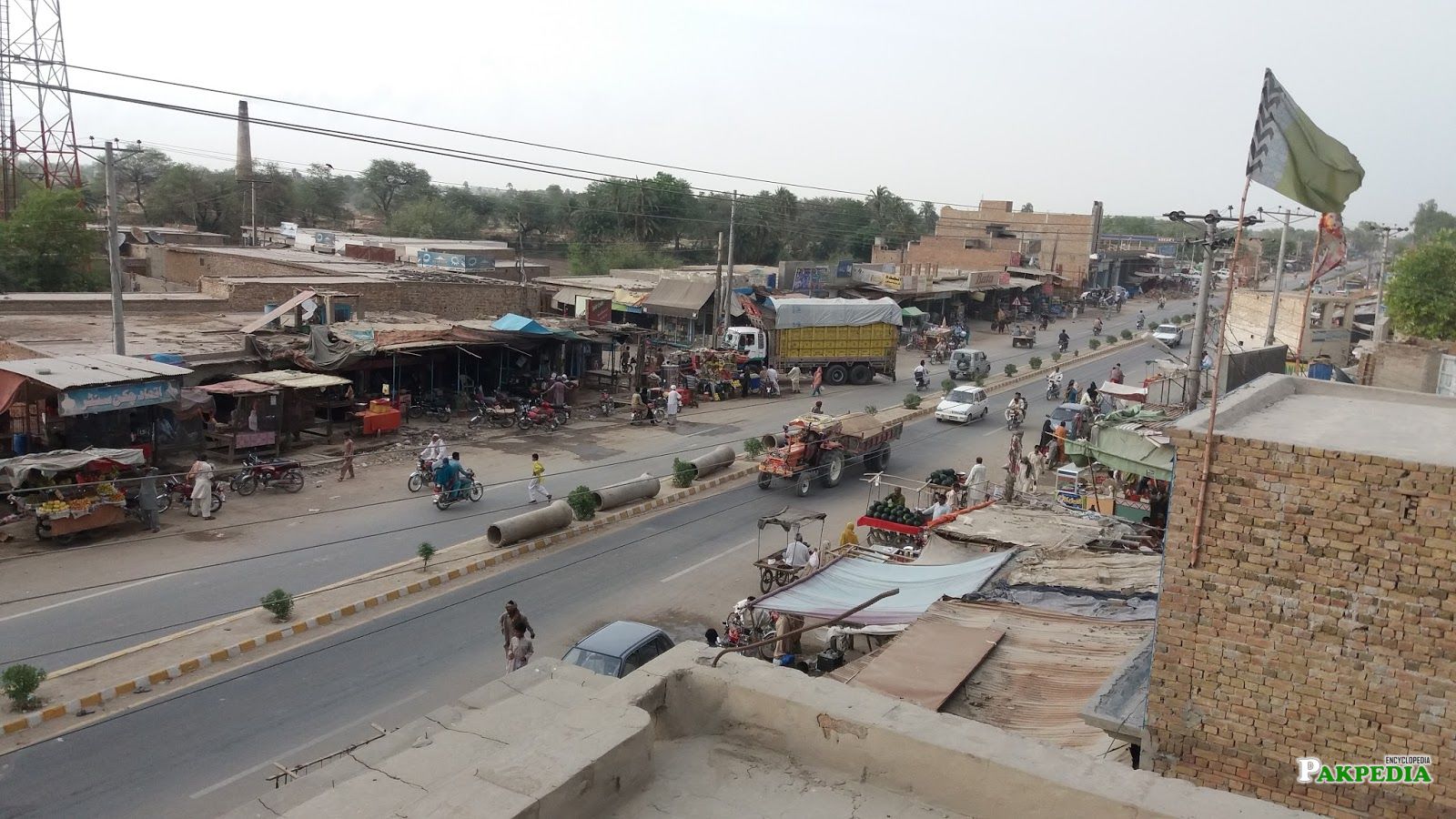 This historic city is located along the Khairpur East Canal, 11 miles south of the Indus River. It is linked by rail with cities Peshawar and Karachi and by road track with cities Sukkur and Karachi. After the development of the state of Pakistan in the year 1947, Khairpur established industrially, with textile, shoes, silk, carpet manufacture, silk clothing, leather goods, matches, soap and cigarettes.

Other culture is that Khairpur city was given a name after the Man of Phulpoto caste Kher Muhammad a.k.a Khero Phulpoto. The accomplishment was pted as the seat of the Mirs of the site northern Sindh. 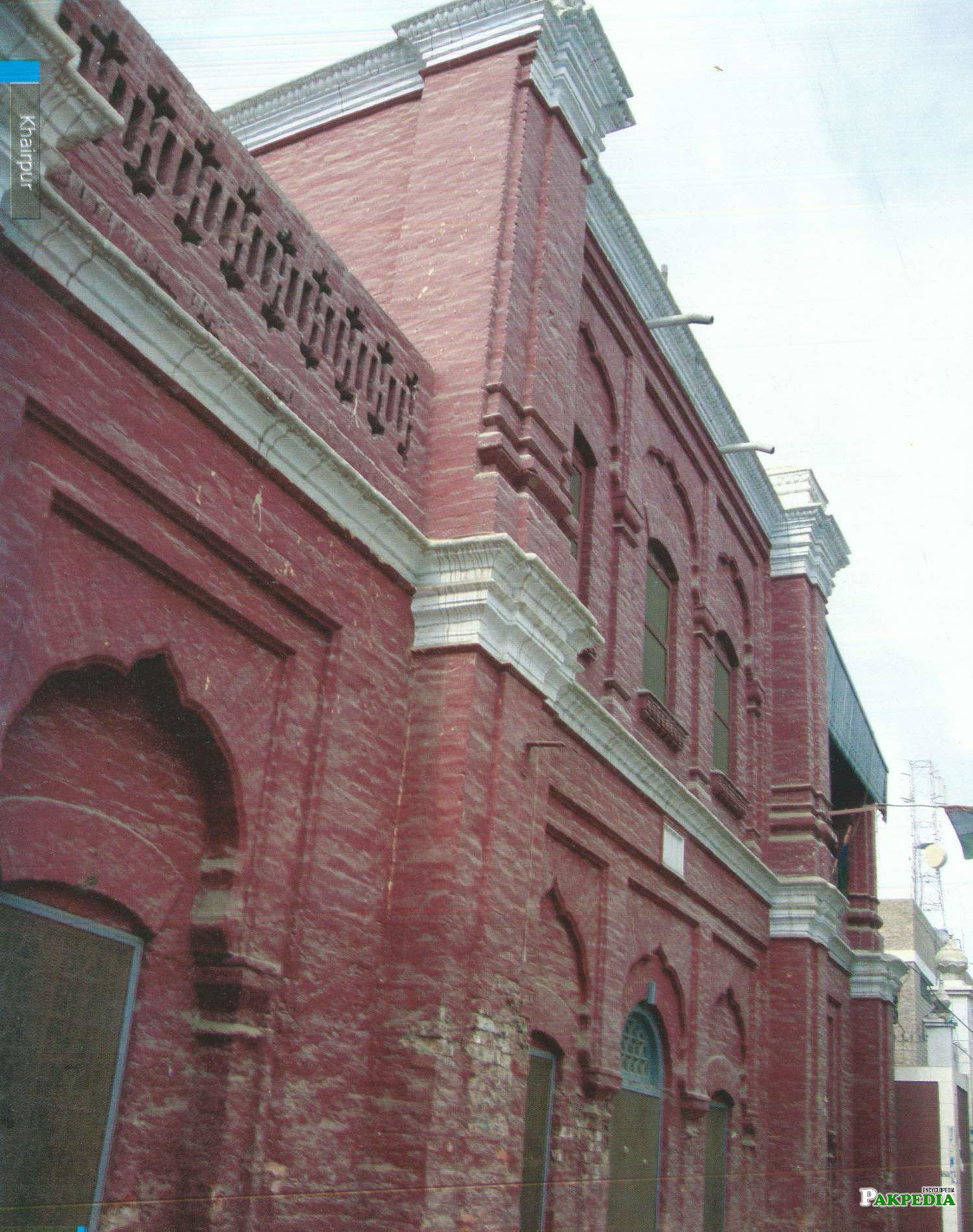 There is merely 1 university named Shah Abdul Latif University as well as various Colleges in Khairpur which are as follow:

How to Reach There

One can reach Khairpur in a private car from Sukkur only 150 Kilometers visit the Kot DG fort and the archeological site and also visit the touwn of Khairpur and visit the shrine of Hazrat Sachal Sarmast at darazan Sharief and return to Sukkur in a Days time. This is usually considered a full day Excursion from Sukkur.There are busses from Karachi & Hyderabad going to Khairpur and the trains from Lahore to Karachi and Karachi to Lahore also stop at Khairpur railway station. 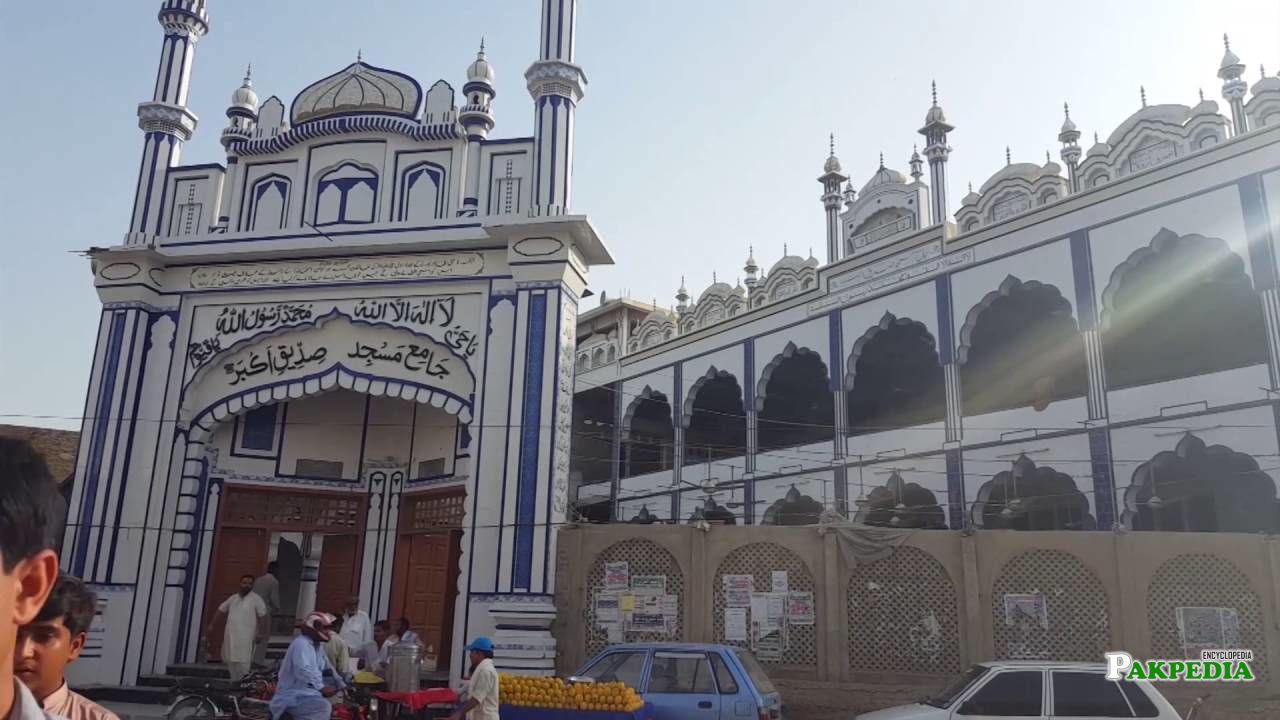 There is no star hotel in Khairpur but Travel & Culture Services can organize home stays in the town if required.

A tour of Khairpur can be taken from Sukkur, Hyderabad, or Karachi the main places to visit are the Bazaar the fort of Kot DG and the palace of Mirs.[2] Details 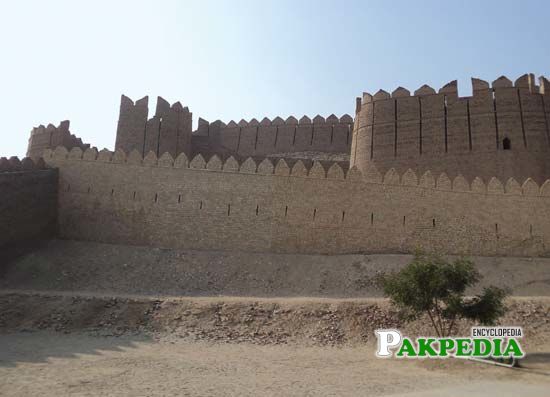 Kot Diji, 15 miles (25 km) south of Khairpur, is an archaeological and historical site that reveals primary occupation levels dating from and prior to the Indus valley civilization (c. 3000 BCE). Excavations indicate well-settled communities with structured societies familiar with stone tools and pottery. The inhabitants’ linguistic affinities are unknown. On a ridge near the prehistoric site is Talpur, an early 19th-century brick fort. Pop. (1998 prelim.) 102,188.[3] Kot Diji 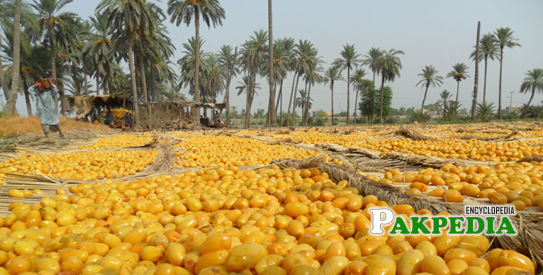 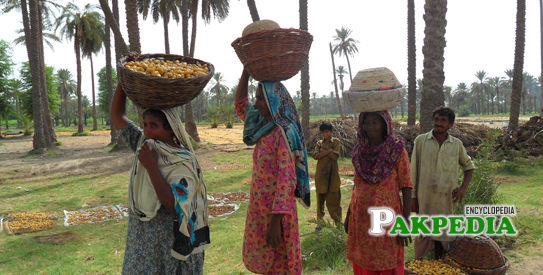 The date variety predominantly found in Khairpur is called Aseel. According to Dr Ghulam Sarwar Markhand, director of the Date Palm Research Institute (DPRI), 85 per cent of these dates are dried and turned into chuhara a majority of which is exported to India, Sri Lanka and Bangladesh.While a date properly ripened on the tree is of better quality than one picked prematurely, Markhand admits that “because there is always the imminent danger of sudden monsoon showers, the growers take them down prematurely, often three weeks before they are ripe and cure and process them into chuhara. Rain can completely destroy the fruit,” he says.[4] Dates Variety
Disclaimer: As an encyclopedia, pakpedia.pk's articles contains shared information which has collected from different sources and people. We welcome everyone for corrections and updates, Thank you.

oba Tek Singh was developed by the British toward