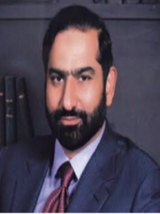 Mian Amer Mahmood is a renowned Pakistani educationist and a business entrepreneur, who owns and operates the largest educational network in Pakistan. He is also the owner of a large Media Group comprising both Electronic and Print Media. He has been the first elected Mayor (Nazim) of the City District Government, Lahore. Mian Amir Mehmood was born on 25th of Jully,1960 in Model Town Lahore. His father name is Mian Zahoor-ul Haq (late). In 1985, he completed his MBA from Punjab University.

Pakistani legislator and educationist Main Amir Mehmood which is made possible by his cooperation. His whole life was filled with hardships and these hardships started with his early life. Mian Amir is a person with entrepreneur thinking and level of great output with efficiency and effectiveness. He works hard to accomplish his goals regardless of circumstances he faces. He does not just work with dedication, but he was also recognized for it. [1] attributes Mian Amer Mahmood chose to venture into the education sector of Pakistan. His business career also coincided with his social and political services, which began with his election as a City Councilor in 1987. He was re-elected in 1991 in a landslide victory in the Local Bodies elections. Mahmood was first elected as a City councilor in 1987. He was re-elected in 1991 and won the local bodies elections. Later in 2001, he was elected Mayor of Lahore after winning the majority vote. He was re-elected for a subsequent term of four years, which he successfully completed in 2009. During his mayor-ship, he signed an agreement of sisterhood with four cities that include Isfahan in 2004 and Mashhad in 2006, both cities of Iran. In 2005 Amer Mahmood stated that he was in efforts to declare Glasgow as a twin city of Lahore, later on 6 May 2006 mayor reported that Glasgow City Council will announce Lahore as sister city soon. Which 14 September 2006 he has signed the twin city memorandum with the Glasgow’s Lord Provost Liz Cameron in the meeting in Glasgow. Later in February 2007 Mayor of Lahore, Amer Mahmood also signed the sister cities memorandum with Chicago city’s mayor Richard M. Daley and declared both as twin cities. During the tenure of Mahmood Glasgow city provided Lahore with training facilities and fire fighting vehicles in 2008. The next stage of Mian Amer Mahmood’s career is marked by an interesting turn with the launch of 2 high-tech HD Ready Satellite TV Channel. Dunya Television Network was launched in December 2008. Within a short span of three years, it became a top ranking news channel in Pakistan. It was followed by the launch of an Urdu newspaper Roznama Dunya, from 6 major cities of the country simultaneously in 2012. [2] Business ventures In Feb,2012 Gulberg Police registered a case of murder against Mian Amer Mehmood, the chief executive of Dunya News and chairman of the Punjab Group of Colleges, and 63 other officials of the Punjab Group of Colleges. The case was registered on the complaint of Muhammad Nawaz Warraich, a resident of Canal View, against Mian Amer, Dr Sohail Afzal, Tahir Aagha, Major (r) Saleem and 60 other unidentified people.

Warraich claimed in his complaint that his two daughters Farah Nawaz and Zainab Nawaz were students of the Punjab Group of Colleges and on January 9, he dropped them both off to attend a cultural show organised by the college administration where both sustained serious injuries along with dozens of other girls in a stampede. He said Farah later died at Services Hospital while Zainab was discharged after treatment. He said in his complaint that the people he had named were responsible for the death of his daughter, so police registered a case against them. [7] controversy