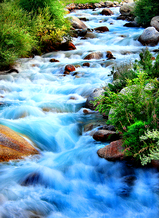 The Kalash or the Kalasha are the only pagan minority residing in the Chitral district of the province of  Khyber Pakhtunkhua .  [1] ISBN – 9781610690188They form the smallest minority community in the Islamic Republic of  Pakistan . [2] Information – valley Though the people of Kalash were once in a large number, around 200,000, the number has dwindled so much so that only a handful of Kalashas remain— about 3000 to 4000. The striking decrease in the population of Kalashas pertains to the forceful conversion of these pagans to Islam. Even in the current day scenario, smallest pagan minority is hardly given any rights and is not recognized as a separate entity. Only a handful of foreign NGOs are working towards the development and progress of this area and tribe.[3] history – pak.com.As such, the Kalasha Valleys are a source of attraction for Pakistani as well as International tourists. There are three main valleys.[4] tourism – gov.pk The Kalash valleys of Chitral are located in the southern gorges of the Hindu Kush mountain range in Pakistan’s Khyber Pakhtunkhwa Province. The valleys share a 380 km border with Afghanistan in the north & west, and the Central Asian states of Tajikistan, Uzbekistan and Kirghizstan are easily accessible from the area. To the east lies Gilgit, from where one can reach China’s Xinjiang Autonomous Region along the legendary Karakoram Highway.[5] Location –  Location

There are three theories about the origin of the Kalash. Some historians believe that the Kalash are descendants of the soldiers of Alexander the Great, while the second group believes that they are indigenous to Asia and came from what is now the Nuristan area of Afghanistan, and according to the third school of thought; the Kalash ancestors migrated to Afghanistan from a distant place in South Asia, which they call “Tsiyam” in their folk songs and epics. However, it is established that the Kalash migrated to Chitral from Afghanistan in the 2nd century B.C.[6] Origion of Kalash The origins of Kalashas still remain unresolved as their history is shrouded behind a number of theories, mysteries and controversies. Of these many theories, three carry with them great significance and are considered closest to reality.The grandest of all is that the Kalashas carry a romantic view of being the descendents of Alexander the Great. On the other hand, many historians believe that they are indigenous tribe of the neighboring area of Nuristan also called Kafiristan (the land of Kafirs). It is believed that in 1895 Amir Abdul Rahman, the king of Afghanistan, conquered the area of Nursitan and forced the inhabitants of the area to convert to Islam. It was during that time that many people fled to  Chitral Valley  to avoid conversion. The third theory claims that the ancestors of Kalashas migrated from a distant place in South Asia called Tsiam. The Tsiam is considered to be the traditional home of these people. The Kalasha folk songs and fables hint the existence of Tsiam and that their roots belong in that region.[7]  kalash valley – villages

The language of the Kalash is the Kalasha and is a Dardic language (sub group of Indo-Aryan languages spoken in Northern  Pakistan , eastern Afghanistan and Azad Jammu and Kashmir). The language is spoken by a handful of people approximately 5000 and is considered to be critically endangered by UNESCO. The Kalasha language has no proper script; however, there have been recent developments in introducing a formal script for the language.[8]  Language – kalash Like all the other religions, the Kalasha also have different religious rituals and practices. In Kalash the rituals are the means of generating economic activity and are gift giving festivals.The numerous Gods and Goddesses have shrines and altars all over the valley where goat sacrifices are offered regularly.  Crows that are considered to be their ancestors are frequently fed with their left hand at a number of places including tombs. Moreover, the people of Kalash do not bury their dead under the ground rather their coffins are left out in the open. They believe that the soul was excited to leave the human body and reunite with the already departed souls. It is for this reason that they celebrate the funeral of a dead person by singing and dancing rather than mourning over their bodies. The inhabitants of the Kalash valley celebrate a number of festivals all year round. The three predominant festivals are as follows:

Temples and Places for Special Respect

The Kalash holy places are widely respected by all. Tourists are requested to move around quietly while visiting these places.[9] Temples and Places

They are the Holy places where sacrifices are offered. These places are situated on the outskirts of a village. Some famous Malosh sites are in Batrik, Krakal, Birir, Rumbur and Gromun.

This is a large hall. Decorated with female paintings and animal figures. Jeshtak-Han are holy places where rituals are performed
at the times of birth, death and festivals.

The Kalash houses for secluded women are situated near watercourses in each village and are strictly off-limits for men.

This is a Kalash graveyard. In the past, dead bodies were put in wooden boxes and placed in open air, while in recent years; the Kalash have started burying coffins.

Bahuk, the sacred lake of the Kalash ancestors, lies between the two picturesque valleys of Bumburet and Rumbur. The turquoise-hued glacier lake is situated at 4000m amongst an amphitheatre of jagged peaks with a good view of Tirich Mir 7708m to the west. The Kalash believe that after the death, their souls go to this Lake. The area is famous amongst both the Kalash and the Muslim Kho community as the resting place of fairies. Reported sightings of a mythical Barmanu (yeti) have also been made here. Its surroundings are the summer pastures of the Kalash community and villagers from Ayun. It has some magnificent cedars, some 1,200 years old. There are lovely treks from both Bumburet and Rumbur linking different valleys in the region where you can see shepherd settlements and a variety of fauna and flora. A special trail has been developed to Bahuk Lake for trekkers. From Bumburet the journey to the lake and back takes five days. This lake flows in the southwest of Bumburet valley, on the border of Pakistan and Afghanistan. Its water streams into the Bashgai valley in the Nuristan. Locals say it takes a quick trekker twelve (12) hours to reach the lake, but for the average tourist it will take much longer. Considerable superstitions are associated with the lake. It is believed that when an ill-fortuned person looks into the lake, the lake looks blood-red, likely a bad omen foreboding his or her death. The flora around the lake attracts shepherds, who bring their herds up to the lake for grazing.

This lake is south of Bumburet valley. High mountains surround the lake fed by a glacier nearby. From the lake, a route leads into the Nuristan area of Afghanistan. Shepherds bring their herds to the pasture around the lake.

There is a Basic Health Unit (BHU) in Bumburet for secondary healthcare. First Aid Post/Designation are available in Rumbur and Birir. More adequate health facilities are available in nearby Ayun and Broz and in Chitral town. By the 10th century AD., the Kalash ruled a large part of present-day Chitral. Razhawai, Cheo, Bula-Sing and Nagar-Chao were famous Kalash rulers in the 12th through 14th centuries AD. Their fellow tribesmen in Afghanistan were known as Red Kafirs. The thriving Kalash culture began to fall in 1320 AD., when Shah Nadir Raees subjugated and converted the people to lslam. The villages of Drosh, Sweer, Kalkatak, Beori, Ashurate, Shishi, Jinjirate and adjacent valleys in southern Chitral were the last Kalash villages subjected to mass conversion in the 14th century. The Kalash were living in just three Chitral valleys, Bumburet, Rumbur and Birir, by the time Amir of Afghanistan forcefully converted to Islam the Red Kafirs on the other side of the border in 1893 renaming the area Nuristan. Villages of the converted Red Kafirs in Chitral are known as Sheikhanandeh – the villages of converted ones.[11] Health Care Facilities Due to their proximity to nature, the Kalash are fond of natural colours in handicrafts. Skills in spinning and weaving are exhibited in Palesk (rugs), Qalin (carpets), Chehari (belts) and Copesi (headgear).

Kalash architecture is a unique mixture of ancient wooden craft and medieval traditions of figure art. Multi-storied Kalash buildings present a spectacular view of beautifully carved wooden pillars and beams decorated with unmatchable human and animal figures and effigies. Each one depicts certain myths and superstitions.[12] More Imformation About Kalash

The Kalash Culture Centre is in Brun, Bumburet valley, where folk history, culture and civilisation of the Kalash is preserved under one roof. It is an ethnological museum of the Kalash community, initiated and facilitated by the citizens of Greece. Nearby is a government-run archaeological museum.