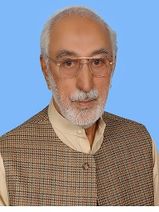 
The PML-N awarded its ticket to Malik Mumtaz Tamman, the cousin of Faiz Tamman. Malik Mumtaz used to be a staunch supporter of the PPP and contested several elections on the PPP ticket winning on several occasions. He has also served as the district office-bearer of the party. Malik Mansoor Hayat Tamman, who always contested the election on the PML-N ticket, is an independent candidate. According to officials, Hayat is being backed by the PPP but the party has not issued him an official ticket thereby honouring the ‘Charter of Democracy’ that bars a party from fielding a candidate on a seat where the other party candidate has won. Mansoor Hayat has also not been allowed to use the PPP party symbol of the arrow. [1] History History