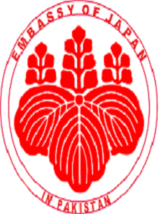 
An embassy is a place that is used for the diplomatic relationship between the two countries. It makes the political, social, and cultural relations between the two states. There can only one Embassy possibly work within a country that will represent its stat. The one who controls government affairs in another country is called Ambassador. He sometimes resides in the embassy. Mainly, it assists its people abroad. Such assistance may be related to health, security, or education. In times of conflict, some embassies limit themselves to little support and warn its citizens about the situation. Consulates of Japan in Pakistan

Consulate General of Japan in Karachi

Consulate General of Japan in Quetta

Japan has supported Pakistan in various areas. Japanese NGOs supported COVID-19 affected families to fight against the virus in Pakistan. In March, Japan extended the grant assistance of JPY 500 Million to enhance textile education in Pakistan.