Embassy of France in Pakistan 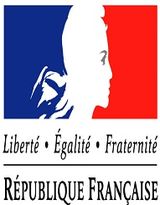 
Embassy of France is located in a diplomatic enclave, Islamabad, Pakistan. It provides different kinds of assistance to its citizens in Pakistan, local people, and to those who want to visit France. France also has its representation through consulates in Lahore and Karachi. The Embassy of France provides guidelines to its people whenever there is a security concern in Pakistan. These guidelines sometimes carry traveling restrictions on their people for their safety. This article has all the information about the Embassy, incorporating Pakistan France Visa. Schengen refers to countries that are part of the European Union. The period of this visa is 90 days and can be extended to 6 months. The holder of such a visa can visit Austria, Finland, Germany, France, Italy, Malta, Netherland, and 26 EU countries. It can be a single entry visa, a double-entry visa, or a multi-entry visa.

France issues a tourist Visa. It is for a short duration and requires application signed by the applicant, two pictures, passport, copy and CNIC, a family registration certificate issued bt NADRA, certificate of personal income, and accommodation proof.

It is issued to those who are going to invest in France and establish a business. Apart from the basic documents, it needs a bank statement, slip of last three salaries, certificate of the chamber of commerce, and their recommendations and proofs of rooms reserved.

Visa for a religious purpose sport culture and film crew

It is issued to officials especially. It requires an official invitational copy, the identity of the applicant, purpose of journey and duration of stay in France. Other visas include Visa for students, visa for underage children, and tech visa that will be available soon.

As a security state, Pakistan has established strong relations with France. After the agreement in 1966, France has been collaborating with Pakistan Navy. It sold its fighters and Submarine technology to Pakistan. The second batch of these Mirage Fighters were sold to PAF in 1990. PAF has been the largest acquirer of aircraft since 1967. Pakistan also signed an agreement in 1996 for the acquisition of 40 aircraft.
In 2009, another agreement of nuclear technology was signed between Pakistan and France. Pakistan considered it as a significant move. French foreign minister also confirmed that his country was ready to work with Pakistan in the field of nuclear safety keeping the international agreements in mind. France considered it as the beginning of a nuclear partnership with Pakistan.

Pakistan and France have also interacted in the field of education. A research program, ‘Peridot,’ works to interact for joint research activities. In Pakistan, this is implemented by HEC while in France this is implemented by Ministery of Foreign Affairs and Ministry of Higher education and research. The program aims to develop new technology cooperation between Pakistan and France with the help of researches from both sides. The main areas that will be explored in 2020 are Environmental Sciences, Water, Climate change, Pollution, Health, Energy, and Social sciences.

Consulate of France in Karachi

Consulate of France in Lahore