Embassy of China in Pakistan 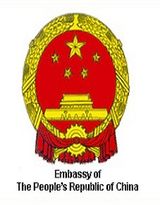 
The diplomatic relations between China and Pakistan were established on 21st May 1951. Pakistan was one of the first countries to end relationships with the republic of china and recognized the People’s republic of China. Since then the two countries have given special status to the relations. Right from the start of diplomatic relations, both the countries have agreed to take the connections forward. With each passing day, new strength and energy are added by both sides.It was because of such a relationship that many issues between China and Pakistan were resolved soon at the start of the journey. First, the boundary issues were resolved in 1963, military support started in 1966, a strategic alliance was formed in 1972, and an economical operation in 1979. China also has a consulate in Karachi to provide visa relaxation to the people. The Visa policy is designed to offer visas for different purposes. They are categorized into different types. That includes;

CPEC connects China and Pakistan to central Asia by a highway passing through Kashghar,  Khunjrab, and Gawadar. Gawadar port will become a trade centre for China. Currently, the routes used by China to reach Central Asan countries take a distance of 16000 km. The export is done through ships and takes two to three months making the ships vulnerable to pirates. The routs made in China will make the export less costly and also save time. It also plans to build a Market for the already established enterprise in Pakistan.
These enterprises include Haier, a home appliance company, Huawei, a mobile company, Textile and garments companies, Fertilizers and agriculture, and many more. For this purpose, the construction of the industrial zones, Industrial Parks, and friendly Economic environment is planned to be created in CPEC.

In 2009, President Asif Ali Zardari awarded the Chinese ambassador, Luo Zhaohui in a ceremony in the president house. The award was given in recognition of the services and promoting the diplomatic relationship between China and Pakistan. The Ambassador accepted the award by thanking the president and called himself privileged to work in Pakistan and represent his country.

The Chinese Consulate located in Clifton Karachi was attacked on 23 November 2018, killing 4 people. 4 people were killed including two policemen and two civilians. All Chinese diplomats were safe and secure. The attackers tried to enter inside the Consulate by using high explosives but were resisted by the policemen. According to the investigation, the attack was planned in Afghanistan and conducted with the help of Indian spy. The main purpose of the attack was to sabotage CPEC.